This ancient church on the Pembrokeshire Coast Path dates from the 12th century but may have prehistoric origins.

Vestry and tower are kept locked as there is a bat maternity roost under observation by ecologist.

The church at Castlemartin is cut into a steeply sloping rock bank.

The scalloped font and arcade to the north aisle are the oldest visible remains of the original 12th century church.

About St Michael and All Angels', Castlemartin

This Pembrokeshire site is encircled by earth-banked encampments, possibly prehistoric, an ancient burial mound and former vicarage, while several early pilgrim paths lead to the church. Perhaps the proximity to a stream and two holy wells gave this site spiritual significance. Or perhaps, nestled in a tree-lined hollow, it offered invisibility from marauders coming from the sea. Architecturally, we can place the church in the late 12th century when the parish enjoyed wealth and status due the abundance of fertile, lime-rich soil favourable for crop farming. The massive scalloped font and north arcade are the oldest visible remains of the early church. The small carved faces on the arcades are described as having “a death-like appearance, with closed eyes and shrunken noses and lips.” It is interesting to note that these masks face north – traditionally the dark or ‘devil’s side’ of the church – and could be figures of protection. The 15th and 16th centuries brought much change to the church: the north and south chapels were removed, as was the north transept. Pre-Restoration sketches also indicate the presence of a west porch of Jacobean character of such size than it more resembled a chapel. John Campbell, Earl of Cawdor, commissioned David Brandon to restore the church in the late 1850s. The church was re-roofed, re-floored and re-fenestrated, the vestry was added, and doorways rebuilt. As a legacy, encaustic tiles emblazoned with the Earldom Cawdor arms decorate the chancel floor. In the early 20th century, most of the land in Castlemartin – 6,000 acres to be precise – was cleared by the government for use as an artillery range. The church closed in 2016 and was an important milestone for the FoFC, being the 50th church we adopted! 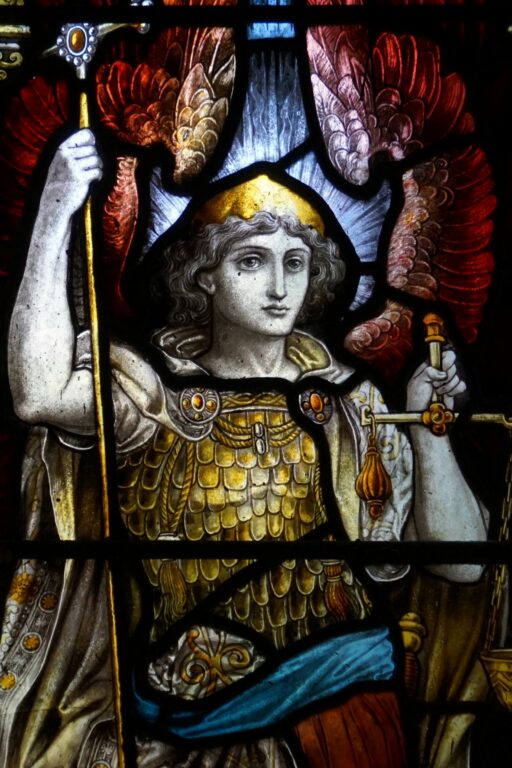 Inside this unassuming village church with its curiously tall tower are elaborate clues to its grand history.
Read more

A hidden church built over a stream with an Ogham stone, medieval effigy, and colourful 19th-century history
Read more