Inside this unassuming village church with its curiously tall tower are elaborate clues to its grand history.

Hodgeston church is in the village of Hodgeston, some 2 kilometres (1.2 mi) southeast of Lamphey, Pembrokeshire, Wales.

Hodgeston church and its west tower have stood firm for nearly 700 years.

The parish had important connections to the nearby Bishops’ palace at Lamphey, and the Archbishop of York.

The Free Chapel at Hodgeston has a striking, curiously tall medieval west tower. But even this doesn’t give away the grand history that becomes apparent when you step inside.

Since the 14th century, priests here would have been seated in splendour on a triple-arched sedilia beneath an intricately carved canopy. Although some of the fine detail is hidden beneath the protective limewash, it stands out as a startlingly elaborate feature in an otherwise modest building, with an extravaganza of ball-flowers, crockets and acanthus, and more pinnacles than you can shake a stick at. It was probably commissioned by Bishop Henry de Gower (Bishop of St David’s Cathedral, and a Professor of Canon Law and former chancellor of Oxford University) and created by the same highly skilled craftsmen who worked at St David’s and at the Bishop’s grand palace at nearby Lamphey. Hodgeston was also the birthplace of Thomas Young.  Born in 1507 to a family of modest means, he came to the attention of the Bishops of St David’s, and this may well have facilitated his entry into Broadgates Hall, Oxford, where he graduated in 1529, and of which he became principal in 1542. In  1559 he was himself appointed Bishop of St David’s. But not for long — his cautiously pragmatic nature had caught the attention of the new Archbishop of Canterbury, Matthew Parker, who saw in him an ideal person to deal with the conservative diocese of York. In January 1561 Thomas Young of Hodgeston was elected Archbishop of York. He is buried in the east end of the quire at York Minster, where his memorial can still be seen. The interior of Hodgeston church was reordered in the Victorian period, but thankfully, its magnificent medieval seating is still there to be admired. 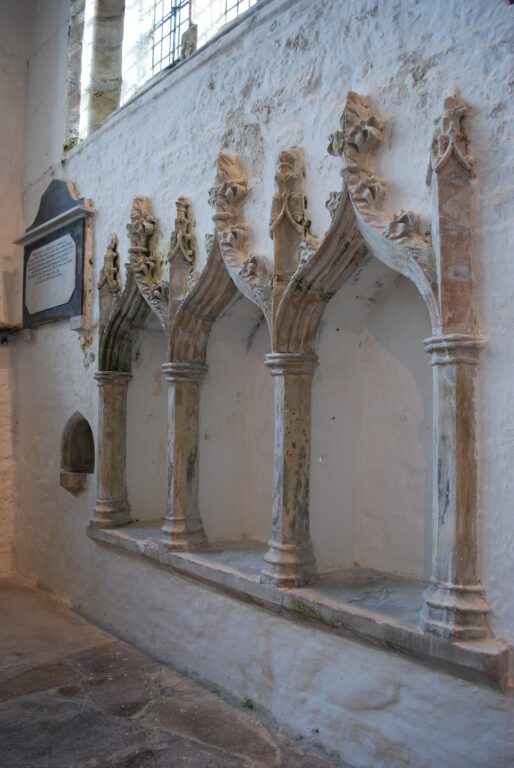 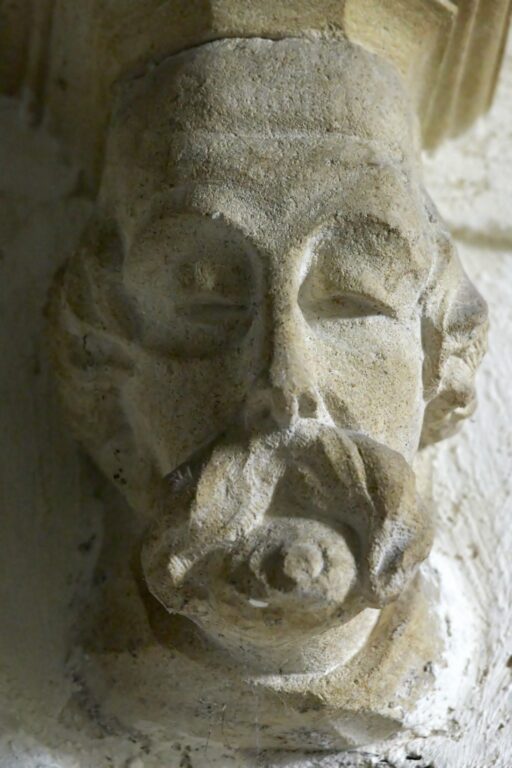 Cut in to a steeply sloping rock bank, this ancient church on the Pembrokeshire Coast Path may have prehistoric origins
Read more

A hidden church built over a stream with an Ogham stone, medieval effigy, and colourful 19th-century history
Read more