A hidden church built over a stream with an Ogham stone, medieval effigy, and colourful 19th-century history

This ancient church with dual dedication nestles into a watery dell.

Hidden from the roadside and encircled with trees, the churchyard is a picture of serenity and repose.

The church of St Oudoceus is reached through the grounds of The Old Rectory. It dates from the 13th century, and was remodelled in the late 14th by the Lord Marcher of Laugharne, Sir Guy de Bryan.

On a ledge by the chancel arch, you will see the oldest part of this church: a Latin and Ogham inscribed stone, thought to date to the 5th/6th century. Until the 19th century, the stone was used as threshold in the south door.

In the chancel is a 14th century effigy of St Margaret Marloes, found in the churchyard in 1838 broken into three pieces. Margaret was the niece of Sir Guy de Bryan, who restored the church in the 1300s. Tradition has it that Sir Guy rebuilt the church for his niece, and that she created a beguinage – a community of like-minded women who lived together without taking vows or withdrawing from the world.

Originally, the church was dedicated to St Oudoceus, but locally is also known as the church of St Margaret Marloes.

That the church survives at all is due to the efforts of Mrs Weinholt of Corse House in 1882. Newspapers report how the church “resembled a barn more than a House of God”. Mrs Weinholt held a hugely successful fundraising bazaar, which paid for the restoration, and a new oak altar carved by local stonemason, Owen Williams. The altar is decorated with vine-wrapped tracery, doves bearing olive branches, angels, Lily of the Valley, Rose of Sharon,  passionflowers and more. 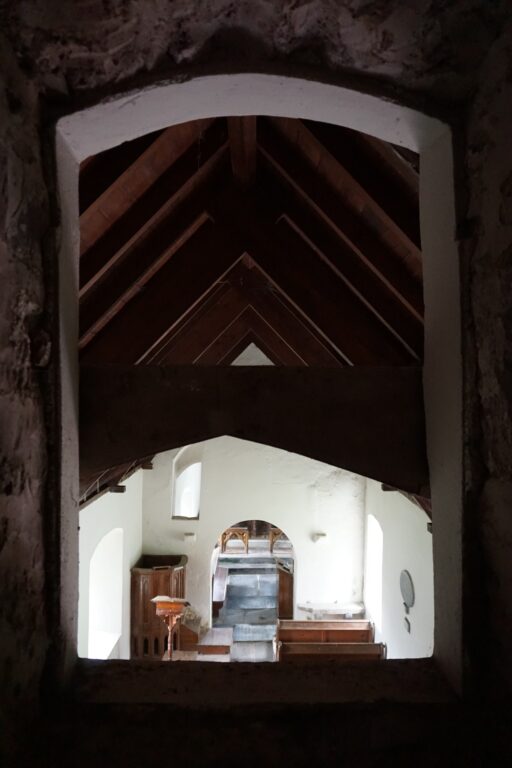 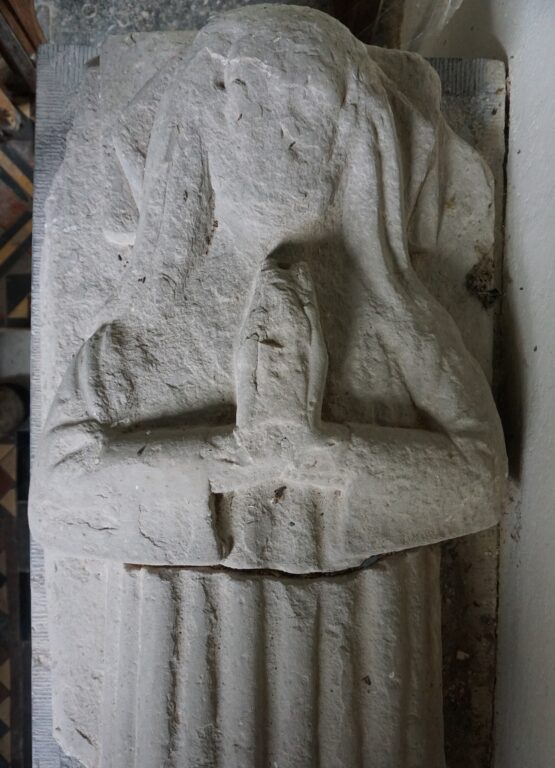