A mid-fifteenth-century church with medieval carvings and Georgian monuments

St Helen’s church is a product of its Holderness landscape. Its walls built with glacial clutter in the 1460s. Externally, the church exists almost entirely in its original medieval form.

There was an alien monastic cell nearby at Birstall with a chapel dedicated to St Helen, and it’s thought that some of the cobblestones used in the church were recycled from here. Birstall Priory was built c.1219 on the riverbank between Skeffling and Weeton. It was ruinous by 1720, and disappeared following floods in the early 20th century.

St Helen’s church dates from the mid-1460s, and survives very much true to its original form. The church is entered via the red brick porch with pantile roof. This was tacked on to the south aisle in the 19th century.

Inside, the brick pamment floor ripples, reminiscent of the area’s landscape of mounds, ridges, and kettle holes. The nave is supported by an arcade of octagonal piers, with finely carved angels carrying shields and lions on the responds. Look closely at the piers, and you will find a range of mason’s marks.

In the chancel, is a plain triple sedilia with chamfered ogee arches, but really this space is dominated by the monuments to the Holme family. The Holmes owned the manor house to the north of church from the 17th century. There are floor slabs and wall monuments – most are monochrome marble obelisks with urns and palms, and all are the work of Rushworth of Beverley. 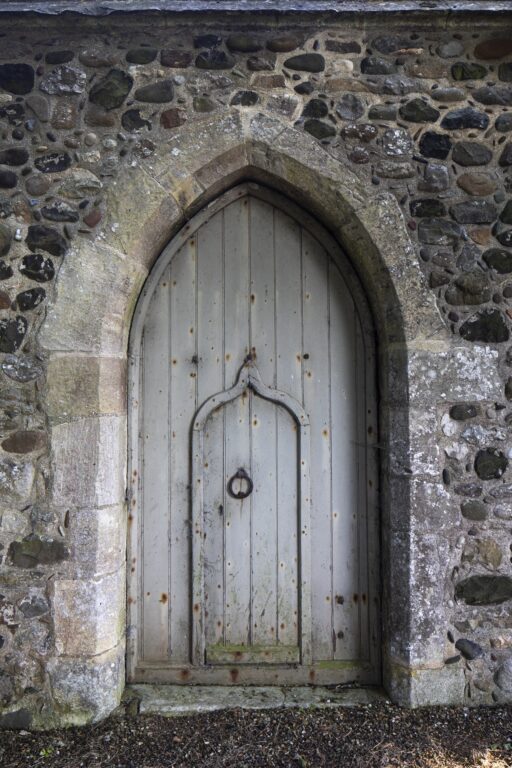 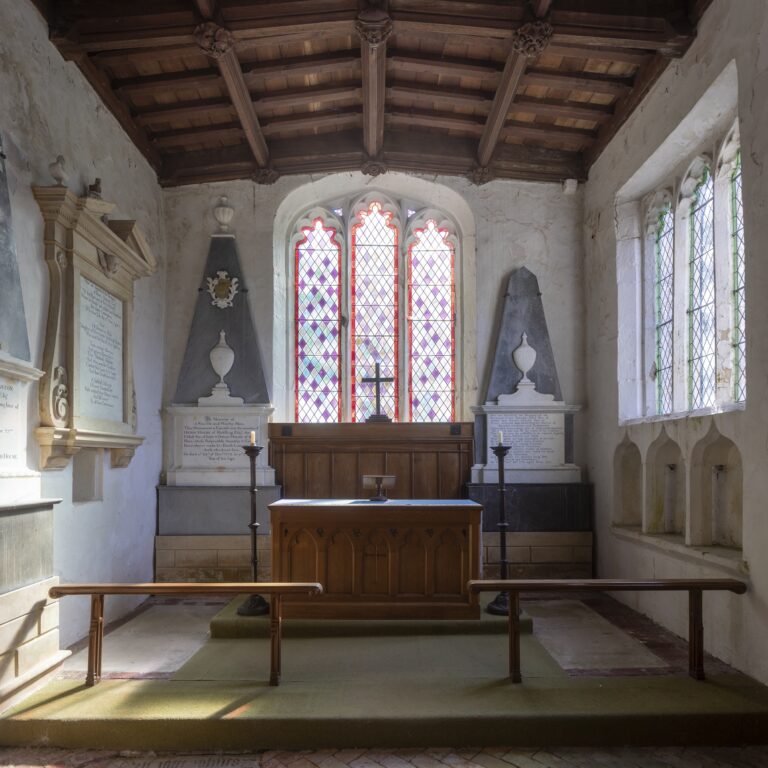 St Helen’s, Barmby on the Marsh, East Riding of Yorkshire

A medieval nave, Georgian tower and porches and a Victorian chancel overlooking flood-meadows — and in the distance, the cooling towers of Drax power-station
Read more

A small, simple chapel of 1770 in a village with a curious name
Read more