We took this church into our ownership in winter 2020, after it had been empty and derelict for more than 13 years. The images on this page illustrate its condition when we acquired it. Repairs are underway.

Sitting in isolation on a knoll in rolling open countryside, is St Lawrence’s, Hutton Bonville. It closed in 2007 and has lain empty since then. A picture of timeless melancholy.

Despite being deeply rural, the pastoral peace is broken every so often when the East Coast Main Line thunders past. It’s often quite welcome – a relief to know that time hasn’t completely forgotten you out there.

St Lawrence’s is a small medieval church that was much altered in the 18th and 19th centuries. Its story is told in its stonework: the variety of colour, tooling, lichen, carving, joints … and of course, cracks.

In this location, the church really only makes sense in relation to Hutton Bonville Hall, which was demolished in 1962. The only physical neighbour this church now has are Hall’s two abandoned 18th-century gate piers, swathed in nettles and cow parsley.

The recorded owners of the Hall began in the 14th century with the Conyers, and from there to the Peirse and Hildyards families, both of whom have monuments in the church.

When St Lawrence was substantially and sensitively rebuilt in 1896, the then Sir H. Beresford Peirse closed his family vault and erected a tablet recording the seventeen burials there. These ranged from Henry Peirse, second son of Richard of Lazenby who dies in 1685 at the age of 21, to Marie who died in 1859 at the age of 74.

Just one stained glass window survives. It’s found in the north aisle and is by the prolific practise of Wailes of Newcastle circa 1865. In the words of the Church Building Council, it uses “standard catalogue designs, angels with symbols of the Evangelists”.  Wailes’ inventiveness was no doubt exhausted by the number of commissions it received. 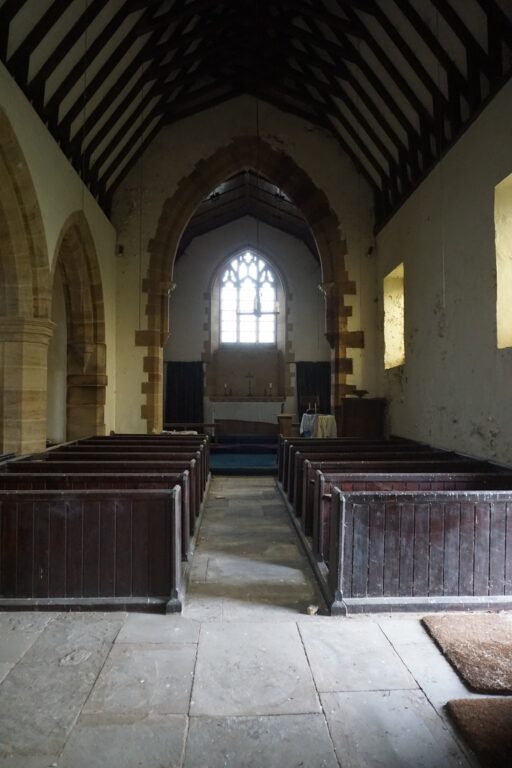 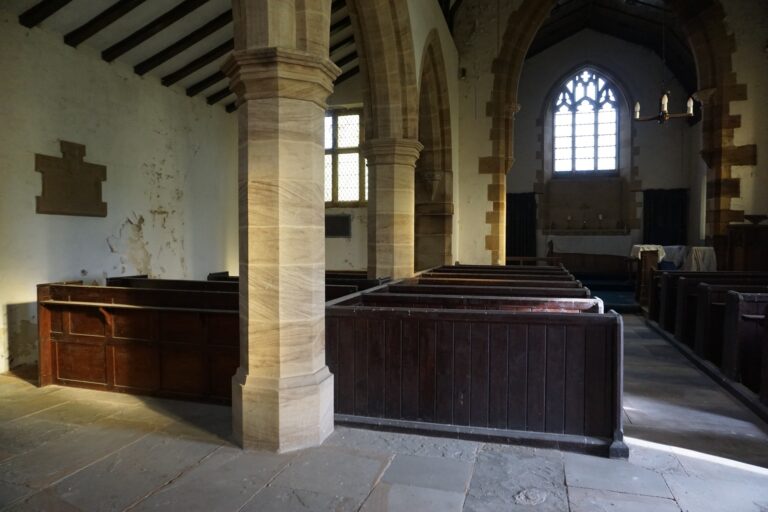