A small, simple chapel of 1770 in a village with a curious name

The first thing most people comment on is the name, Thornton-le-Beans. In the Domesday book, the village was recorded as Gristorentun - the thornton belonging to Griss. A thornton was a settlement by a thornbush, and Griss was an old Norse nickname for a pig.

By the 13th century, it had dropped the pig and absorbed some Latin, changing to Thornton-in-Vivario, denoting an animal enclosure such as a fishpond or game park. The vivarium was superseded by a bean crop by the 14th century, and the village name morphed again, to Thornton-in-Fabis. For a while, Latin was eschewed for earthy English – simply ‘Thornton Beans’. But by the 16th century the locals were looking to add an air of sophistication, and the French-sounding Thornton-le-Beans had just the right je ne sais quoi.

The medieval chapel at Thornton-le-Beans was largely rebuilt in 1770. It’s a small building comprised a porch, nave, chancel and boiler room. All but the later are constructed in coursed squared stone, ashlar dressings and finished with a graduated Westmorland slate roof.

Inside, there is a complete set of fielded panel pews in the nave.

The Victorians renewed much of the tracery and added a painted inscription, “Enter into His Courts with Praise”, over the chancel arch. The plain is font, but is believed to be have a a gift from Dr Edward Pusey, one of the great figures in the Oxford Movement.

Good old Victorian ingenuity arranged for the flue for the (long-removed) stove at the west end to exit through the bell-cote. The bell is dated 1693.

The building seems to have always been a chapel of ease rather than a full parish church – but it was favoured as the final resting place for the good farming folk of the area who created a “funeral walk” along which they brought their dead from North Otterington for burial at Thornton.

In his Buildings of England series, Pevsner gives barely three sentences to the chapel. One of which reads, “but remarkable for no other reason”. However, this little chapel was under real threat of demolition before we took it into care in 2010. It was declared redundant in 1997 and the Church Commissioners, charged with trying to find a long-term solution, opted for conversion to a house. But planning permission was refused and this refusal was upheld on appeal.

There was every likelihood that, faced with such an impasse, the Commissioners could have pressed for consent to destroy the building. They didn’t and instead came to us with a suggestion: ‘if you will take the building into your care,  we will commute the cost of demolition that we shall thus save into a grant to FoFC’. And that is just what we did. 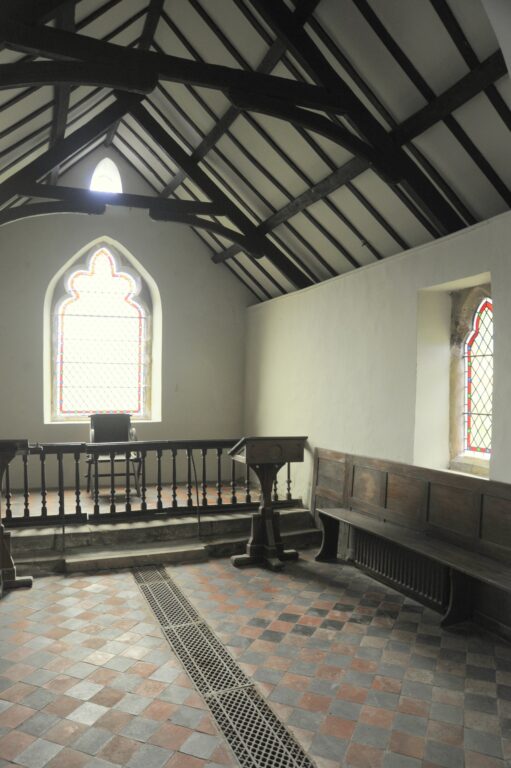 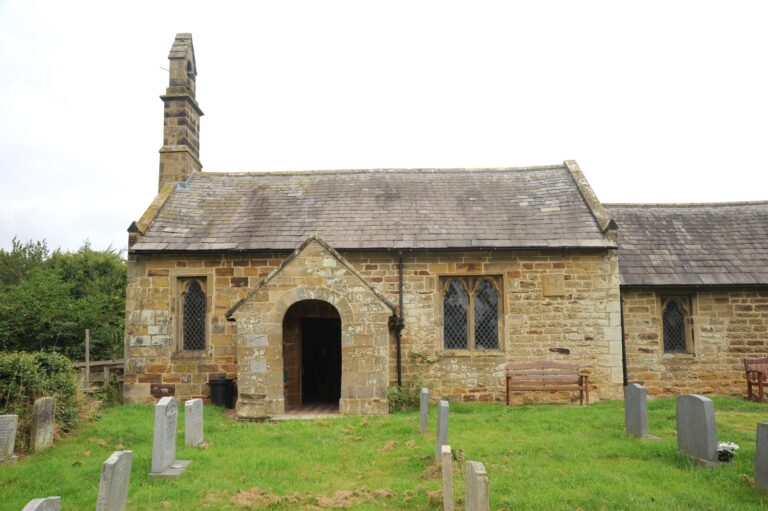 The buttons below link to church or local information on other websites.
Historic England listing British History Online