St Helen's, Barmby on the Marsh, East Riding of Yorkshire

A medieval nave, Georgian tower and porches and a Victorian chancel overlooking flood-meadows
— and in the distance, the cooling towers of Drax power-station

The approach to the church is given a certain grandeur by the two Irish yews that frame the north porch.

The land below the church, to the south, used to be “ings” or flooded meadows.  Beyond those are the huge cooling towers of Drax power station, commanding the middle distance.

About St Helen's, Barmby on the Marsh

The earliest record of a chapel on this site dates to 1388, when the archdeacon issued a licence for a new chapel at Barmby. In 1489, the inhabitants petitioned at Rome for a grander church. This was granted. Only the large nave survives from this date.

The medieval tower with timber spire was ruinous by the late 18th century, and was dismantled, rebuilt in red brick and topped with a copper cupola. It is likely that the porches were added at this date. The chancel seems to have been added only in the 19th century when the church was restored in 1854 by Thomas Clarke.

The Georgian porches lie in axial relationship with a narrow path (Church Walk) that runs deep into the village, confirming St Helen’s critical role in the settlement, even if it is itself rather tucked away.

It has been suggested, apparently with good authority, that the nave originated as a pre-Reformation tithe barn built for the prebend of Barmby. That might explain the battered but impressive ashlar that survives in part of the shell. This is an unusual provenance.

Some of the massive blocks have been etched with graffiti which adds to the historical complexity and richness of the site.

The tower (1773) is typical of some other Georgian rebuilds in the county by being in brick.  The handmade bricks are typical too in being notably imprecise at the edges and variegated in colour – both of which add to its distinctiveness and character. This is helped by the many kiss-marks and creasing created in the kilns during firing. There is a three-layer rere arch over the inner face of the west window.  Inside there remains a coffin-shaped “grave board” for digging graves and a “sounding stick” to detect burials when a new interment is planned – such rustic stables of the sexton’s trade are not common.

The pulpit was the gift of Mrs Clarke of Knedlington Manor, a fine 17th century Artisan Mannerist house in the village of that name, which is clearly visible by the road.  The font is eccentric, even if 17th century. The 3-piece base is timber, and the lid is 17th century.

The east window is by Burlison and Grylls, who may also have made the small but powerful depiction of St Helen in the southeast nave window. Stained glass in the nave is by Kayll of Leeds.

The west end has an inserted floor, which is presumably coeval with the works to the tower of 1773.  The architect, Matthew Hadfield of Sheffield, removed the gallery in 1870 but retained the floor and joists to enclose what is now a large and well-lit vestry. In the vestry, you find the dug-out, medieval parish chest. Also, in the vestry is the Garlthorpe Charity Benefaction board is hung (dated 1865 but with tantalisingly imprecise signature by “…… Writer of Howden”, perhaps indicating an over-painting). 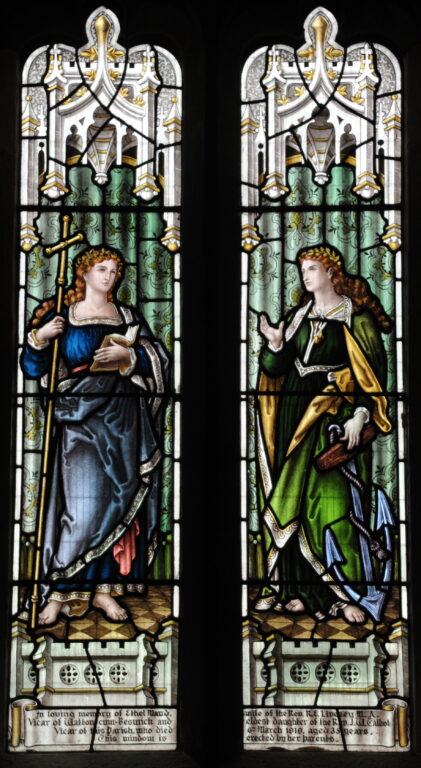 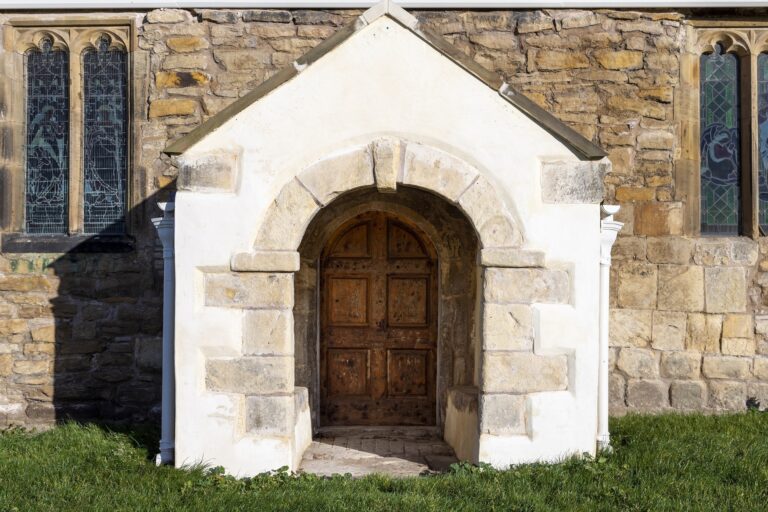 A small, simple chapel of 1770 in a village with a curious name
Read more

An iconic 18th-century tower that's a landmark in our history, and in LGBT history
Read more

The medieval tower is all that remains of the old church, as the rest of the building was moved to a better location in 1877
Read more