The earliest purpose-built castle chapel in Herefordshire, that was so very nearly lost forever

This chapel is the 12th-century former chapel of Urishay Castle and is preserved as a part-ruin. It is Grade II* listed and a Scheduled Ancient Monument. In fact it is the earliest purpose-built castle chapel in Herefordshire.

Beyond it is the mound on which the motte-and-bailey castle was sited. The present ‘castle’ dates from the 17th century and is ruinous after the roof was removed in 1921.

Urishay does not feature in Domesday Book (1086) but a later owner was Urri, who gave his name to the settlement – Urri’s Hay – hay meaning an enclosure. Urri probably erected the castle in the mid-12th century to defend the border with Wales, and is also likely to have built the chapel to serve his family and the garrison. It stands within what was the bailey or
courtyard of the castle. The castle consisted of a sizeable motte, perhaps surmounted by a stone keep, and the bailey. What can now be seen are the ruins of a 17th and 18th century house, still inhabited in the early years of the 20th century.

We rescued this building in 1978, and from the research of Ron Shoesmith the former County Archaeologist we know that the chapel was built at around the same time as the castle by Urri de la Hay in the 12th century. In its early incarnation the chapel was even smaller – with a curved apse demolished barely a century later to enlarge the building.

A medieval altar table with five consecration crosses survives inside the chapel, together with evidence of later work – notably in the 16th century – but the use Urishay over the years as a blacksmith’s forge, a carpenter’s shop an a dog kennel have taken their toll.

In the early 19th century the chapel was purchased by ‘ a small committee of churchmen’ and after a report had been prepared by the Society for the Protection of Ancient Buildings (SPAB) the chapel was repaired by the same family that built it, as the wooden tablet on the north side of the nave records.

By 1949, as with so many ancient churches, Urishay’s chapel was once again in a poor state of repair with gaping holes in the roof and leaning walls. The building remains only partly roofed. 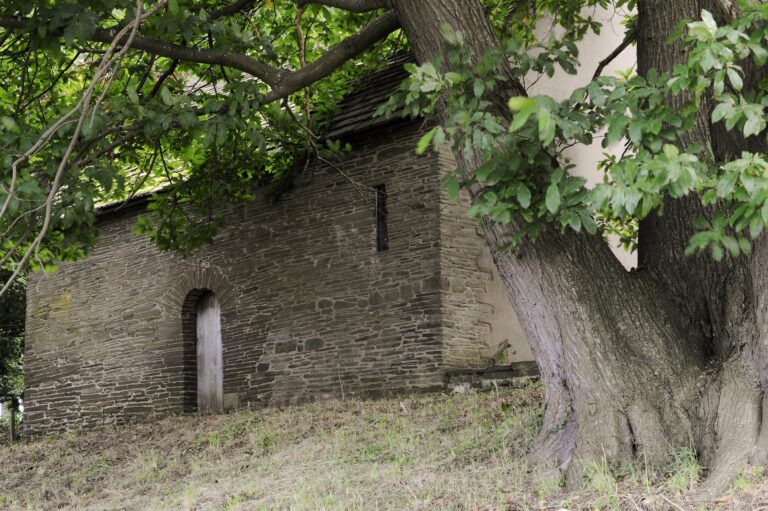 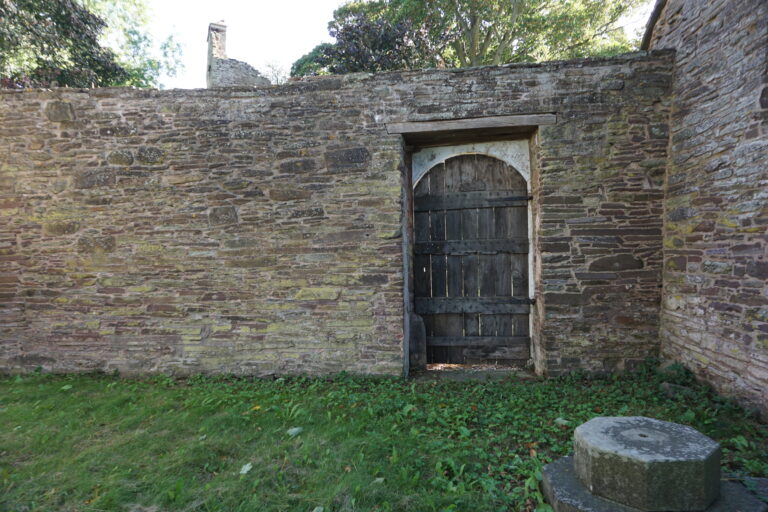 This tiny church in the Border Country is probably the most difficult of all our buildings to find — but the search is worth it.
Read more