An astonishing expression of the Arts & Crafts movement in the Usk valley, with 16 stunning sgraffito panels by Heywood Sumner

A circuit of sgrafitto panels depict the Benedicite — the hymn of praise to God's creation.

They radiate the warmth of three successive summers, when they were painted in 1888-1890.

The church of St Mary the Virgin was rebuilt in 1875-6 by the architect John Dando Sedding who carefully reused some of the original fabric and introduced a rich decorative sgraffito scheme.

The chancel roof and much of the window tracery are medieval, whilst the 15th century chancel screen and Norman font are survivors from the earlier building. The north chancel window contains fragments of medieval glass whilst some monuments and floor slabs of the seventeenth and eighteenth centuries were also incorporated into the rebuilding. In the churchyard is a late medieval cross to which Sedding added a new top.

In 1885 the Vicar’s wife, Rosamund Lindsay died. Her husband – who had instigated the rebuilding of the church ten years earlier – decided to decorate the interior in her memory. The artist chosen, Heywood Sumner, came from an ecclesiastical family. His grandfather was Charles Sumner, Bishop of Winchester and his father George became the Bishop of Guilford. His mother Mary Sumner was the founder of The Mother’s Union.

At Llanfair Kilgeddin he introduced sgraffito panels to enhance the interior, taking The Benedicite (Song of Creation) as his theme. This technique, which uses thin layers of different coloured plaster which are cut back to reveal the required colour underneath, was Roman in origin, but had been reintroduced into Britain by Henry Cole at the Victoria and Albert Museum. True to medieval tradition, Sumner included local features in his designs – for example in ‘O Ye Mountains and Hills’ on the north wall of the nave the nearby River Usk, the Sugar Loaf and Llanvihangel Gobion church tower are all included.

The sixteen sgraffito panels present a remarkably complete example of this style of work, and under the window which depicts ‘All Ye Beasts’ you will find his initials HS and the date 1888. 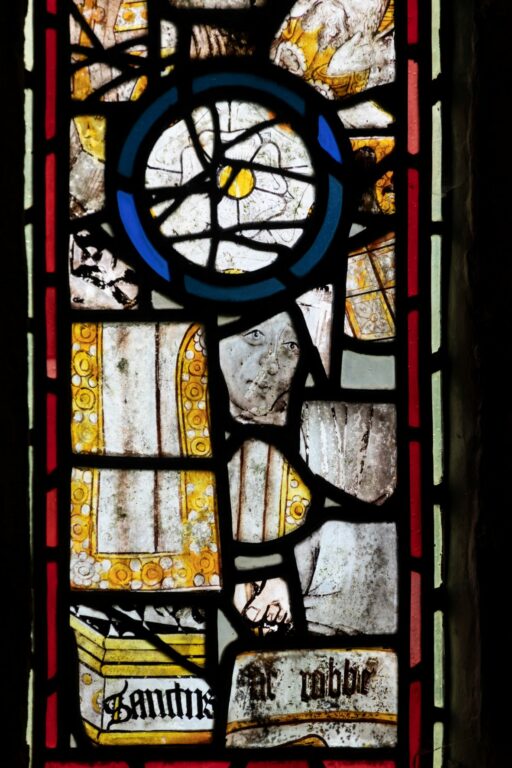 We take a look at the ancient art of sgraffito, how it was revived in the Victorian era, and how it decorates one of our churches in Wales.
Read more

Ancient church in an almost circular churchyard, with a 15th century rood beam and loft, and a wealth of 18th-century woodwork
Read more