These massively structured stones can take the Anglesey gales, and then some.

Inside, soft, undulating limewashed walls shelter visitors, spiders, and the odd sheep. Don’t be surprised if you’re the only one here.

St Mary’s is all that remains of an Anglesey town that was wiped out by the plague. The church sits on a raised mound in the centre of a circular churchyard or ‘llan’, suggesting a prehistoric site. The town name, Tal-y-Llyn, means ‘above the lake’ – and indeed, the church overlooks Llyn Padrig, a small freshwater lake.

This church was built as a chapel of ease to Llanbeulan – which is just a few miles away and is also in our care. The church used to have a 12th century font, which was removed shortly after World War II. Stylistically, there are great similarities between the font at Llanbeulan and the one removed from Tal-y-Llyn. The current font is 15th century… and we have no idea where it came from or when! The chancel, we believe, dates from the 16th century. And the sanctuary is lined in blue panelling with a rather jazzy chevron-esque embellishment, and guarded by a low, chunky rail emphatically inscribed O.P. 1764. Indeed, its fittings are for the most part 18th century, including the communion rails and pulpit. St Mary’s is decidedly religion without pretension; simple, massively structured, plainly limewashed. Everybody sits on a backless plank, trenched at one end into a low stone wall, and supported at the other by a timber paddle. A space in which there is no differentiation by wealth, status, age or sex. Everyone sits together. 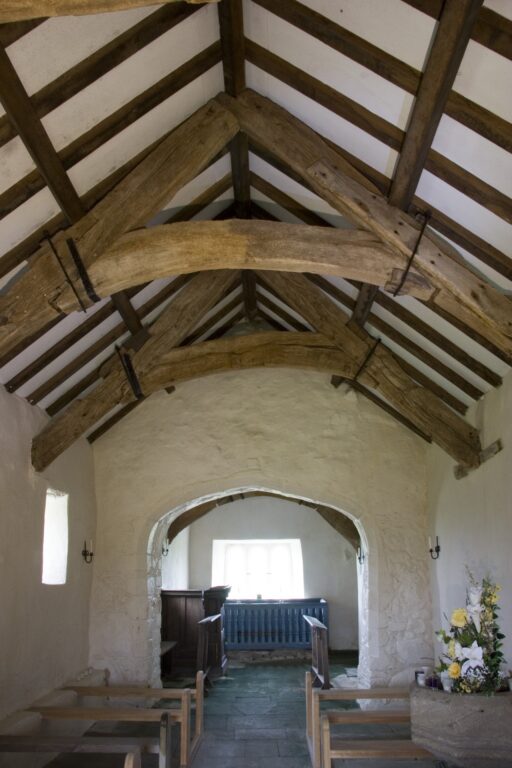 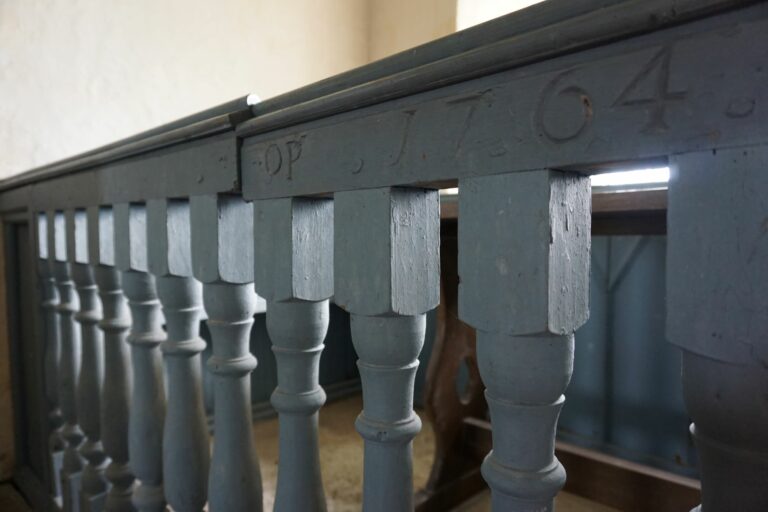 A 14th-century nave and chancel, with an 17th-century extension - the first church in Wales which we rescued
Read more