An unassuming roadside church with a complete late Georgian interior

Externally, this schist rubble church looks almost like a barn, but once inside you will find a complete late Georgian interior...

With panelled box pews, open benches, and a double-decker pulpit that dominates the simple space.

A church was documented on this site in the 1254 Norwich Taxation, however, other than some masonry in the walls and the 14th-century stone font, nothing of the medieval church survives.

The rectangular, single-cell church you see today is part of a comprehensive rebuilding by an 18th-century local squire called William Morris, and a refit of the interior in 1841. Box-pews fill the east end, while to the west, the poorer of the parish sat on backless benches with paddle-board ends. The north wall is commanded by a double-decker pulpit.

Against the west wall, are no fewer than three fonts! These include the octagonal bowl of a 14th-century font, a 12th-century font from the church of St Ynghenedl, and an unusual, early 19th-century timber cylinder containing a portable fontlet, which could be taken when visiting the ill at home.

St Bigail’s came into our care in 2007, following the efforts of the late Rev’d Edgar Jones who campaigned so hard to save it. 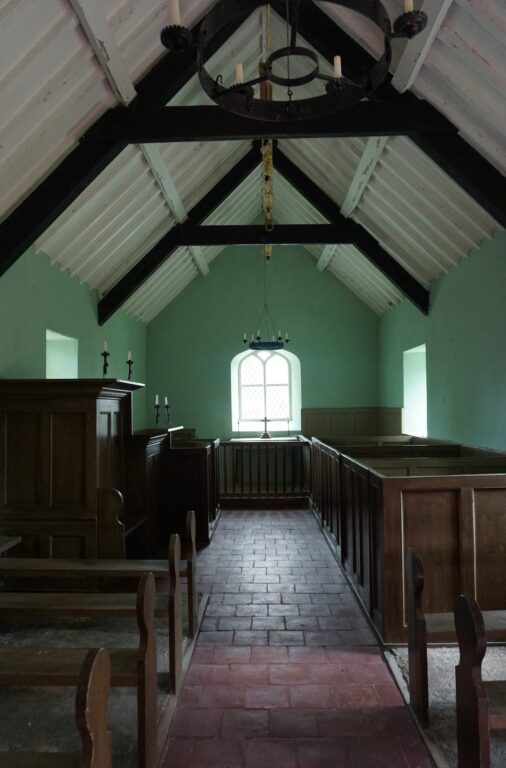 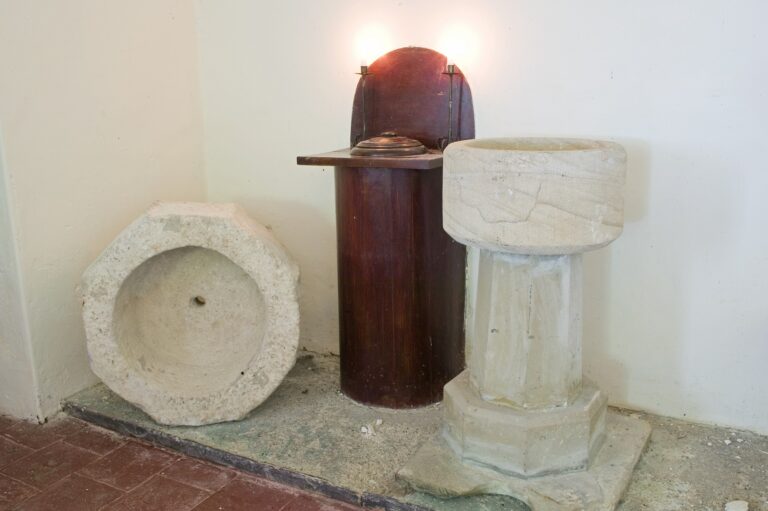