In the early 7th century, St Peulan chose a bumpy knoll at the end of an isolated causeway on Anglesey to build his church.

Raised up out of the earth, surveying the surrounding patchwork fields, it is a beacon in the landscape.

St Peulan was a pupil of St David and later a follower of St Cybi. After his adventures in Ireland with Cybi and Cyngar, Peulan returned to Wales, and in the 7th century established himself at what we know now as Llanbeulan. Sadly, but perhaps not surprisingly, nothing of Peulan’s original church survives.

The oldest part of the church is tucked behind the pews at the west end. It’s a big rectangular font, and was possibly carved as early as the 11th century. There’s decoration on three sides: blind arcading, a chevron frieze, a chequer-board panel and a ringed cross.

Some scholars believe the font was originally an altar and held relics. Perhaps even the bones of St Peulan himself.  If this is so, Peter Lord wrote “as an altar of the pre-Norman period, it is a unique survivor in Wales, and, indeed, in Britain.”

While almost every century has left its mark on this church, perhaps none so much as the 1600s. One thousand years after St Peulan’s foundation, people continued to worship on this mound. 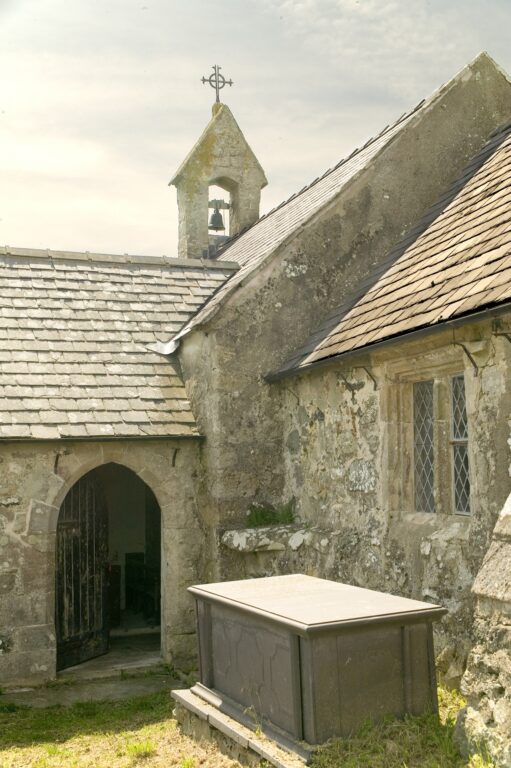 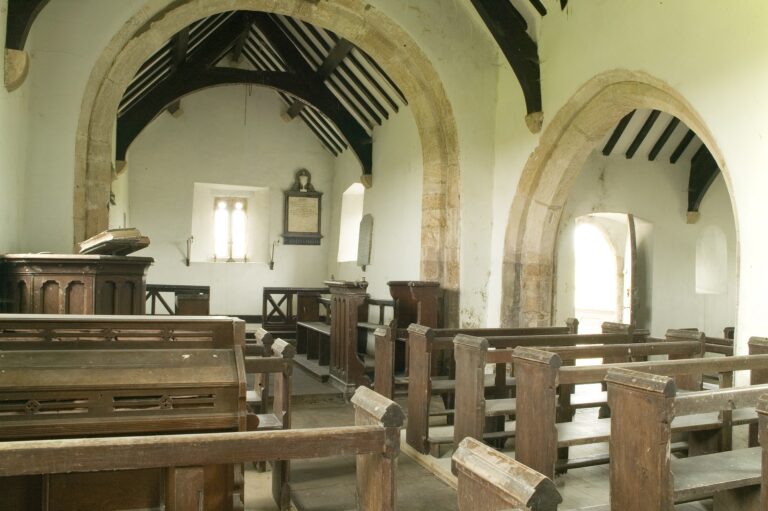