This picturesque medieval church on the Thames was built to serve bargees, and retains an atmospheric 18th and 19th century interior.

Close to the church is Ramblers Car Park, which opens at around 0800hrs and is locked at 1900hrs in the summer months and 1700hrs in the winter months.

Boveney church, nestling on the banks of the Thames, is almost within sight of Eton College but a world away in a small remote hamlet.

To reach St Mary’s, you must cross the vast Dorney Common, dodging the cattle and catching glimpses of Windsor Castle.

The approach and setting of Boveney church couldn’t be more bucolic.

St Mary Magdalene’s was founded in the 12th century – and still has its massive tub font from that date. Originally, a wharf ran just outside the south door and was used for transporting goods. This church was built to serve the bargemen. The quay is long gone, but we do know that barges were loaded here with timber from the Windsor Forest for shipment downriver.

A 14th-century brass at the nearby church in Taplow holds another clue to the wharf: this brass remembers Nichole de Aumberdene. Nichole was a fishmonger in London. Specifically, he sold eels. In order to get his eels to and from London, it’s believed he travelled by boat along the Thames… setting off from the nearest wharf, which was just outside Boveney church.

The church is small and uncomplicated. It’s built of flint and clunch with a two-storey oak timber tower (probably built with oaks brought by barges from Windsor Forest) that’s a bit of a wibbly, wobbly wonder. It has four massive timber legs – which were felled in the late 15th century – and criss-cross of braces.

The panelled interior is a romantic vernacular of 18th and 19th century fittings. Just a few years ago, quite by accident, we uncovered a small section of wall-painting on the north wall. Conservators believe it is Saint Christopher – rendered large, with a red bushy beard and rosebud lips, looking out the south door on to the river.

In the early 1980s, St Mary’s was scheduled for demolition. We saved it. It needed a lot of work. During the repairs, the walls gave up one of their secrets: 25 delicate fragments of a 15th-century sculpture, some with traces of colour, which we believe formed a reredos (a decorative panel behind the altar) depicting scenes from the life of Christ. We are hoping to commission some interpretation of and a secure case for the pieces, so they can be displayed in their original home. 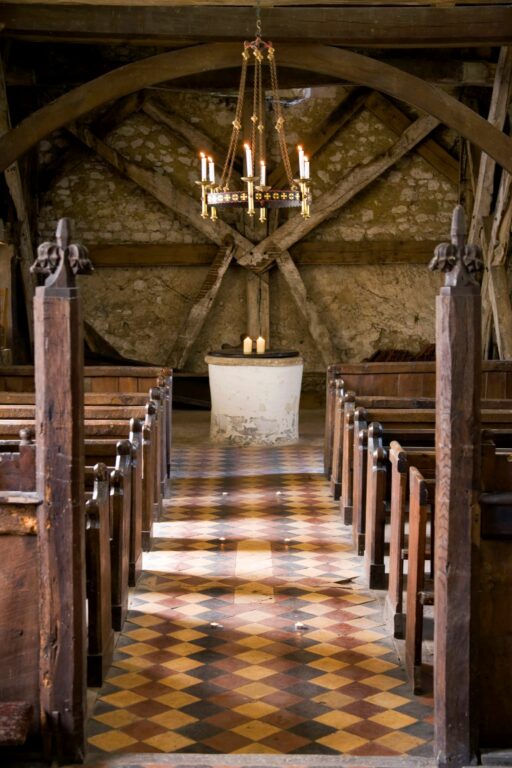 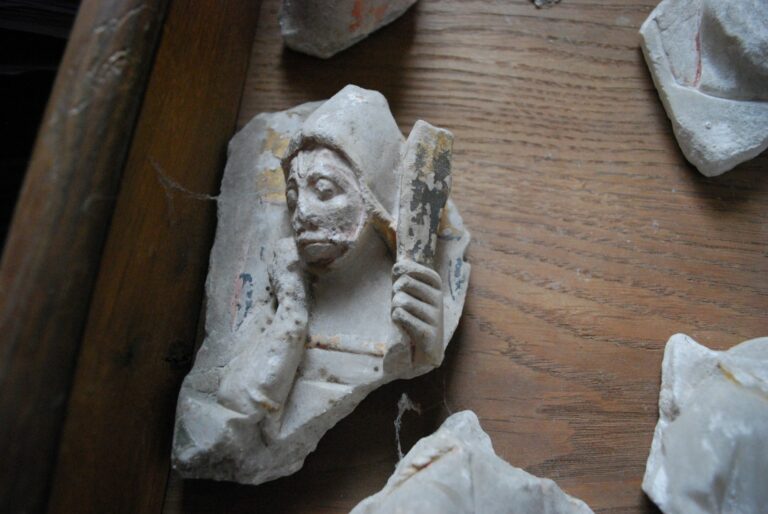 Founded in 1792 by local farmer, Francis Cox, whose name appears on the date plaque over the south door, and whose funerary monument is within the chapel
Read more