An iconic 18th-century tower that's a landmark in our history, and in LGBT history

The tower is kept locked and is only accessible occasionally.
The churchyard is owned by Calderdale Council and maintained by Friends of St Matthew’s Churchyard.

Erected in 1775, Old St Matthew's was a Classical preaching box, but barely 100 years after it was built, it was replaced by a new church only a few hundred yards away.

For a while, the noble Georgian church was used as a mortuary chapel, but following serious storm damage in the 1960s it fell into decay, suffering from vandalism and theft, until its fate was sealed…

In the 1960s, Old St Matthew’s was elegant, forlorn and empty. Its days were numbered. The Bishop of Wakefield called for its demolition. We knew it had to be saved. And we would fight tooth and nail.

Built in 1775 in a Neo-Classical style, Old St Matthew’s was replaced by a New St Matthew’s built only a few hundred yards away in the late 19th century.  The old church spiraled into decay. A serious storm damaged the already vulnerable building. After that, it was prey to thieves and vandals.

Now dangerous structure, the Bishop of Wakefield pressed for the church to be demolished. We fought for years. Realising the Bishop would not back down, our founder, Ivor Bulmer-Thomas, implored that the tower alone be saved.

The Bishop conceded. The church was demolished. And the cost of making good the ragged, partially demolished tower fell entirely to us.

Its loss is keen.

The internal gallery structure was of cast-iron. The earliest surviving example of cast-iron used in gallery supports is St James’s, Toxteth, Liverpool, finished in 1775.

St Matthew’s church was also finished in 1775. So, we lost a constructionally pioneering – beautiful – building by adventurous builder William Mallinson of Halifax. Mallinson was buried in the churchyard of the church he built.

We saved the monuments, benefaction boards and a foundation stone dated 1529. These are safe within the tower.

Among them are several to the Walker family of Crow Nest, and specifically a brass plaque to Ann Walker. Ann Walker was the partner of Anne Lister, better known perhaps as Gentleman Jack. 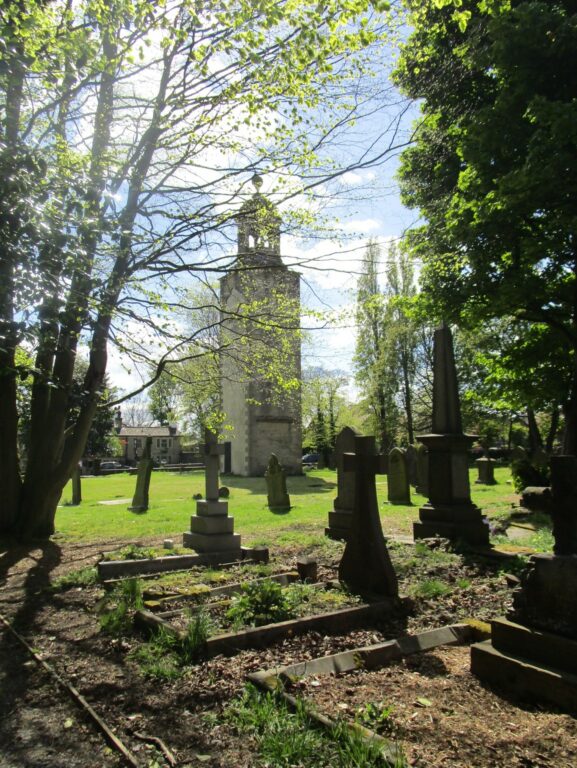