Please be careful not to shut inquisitive sheep in the church when you leave!

"I love this place. I love its unexpectedness, its serenity and romantic medievalism. In fact the building reminds me of David Jones's painting of the Chapel Perilous, the mystical home of the Holy Grail."

The Grand Western Canal flows past the silvered oak door of Ayshford chapel, near Tiverton, Devon. Sheep chew up the churchyard, and often butt open the chapel door. And we can’t blame them for wanting to get inside. The walls are limewashed in salmon pink; a stripey screen stencilled with stars separates the chancel; and pouting cherubs look down from the monuments. The limestone rubble walls are peppered with quatrefoil panels that fill the putlog holes. Tall perpendicular windows pour light into the chapel. A continuous wagon roof spans the simple interior.

A chapel has been on this site since at least 1282, but the current building dates to the 15th century. It was built as a private chapel for the Ayshford family, who lived right next door in Ayshford Court.

Evidence of the Ayshford family is seen in several family memorials, including the poignant memorial to Henry Ayshford, a ‘spotless child’, who died in 1666 (famously a plague year) aged just one year. A single bell in the turret is inscribed ‘The Bell is Henry Ayshford’s 1657’. 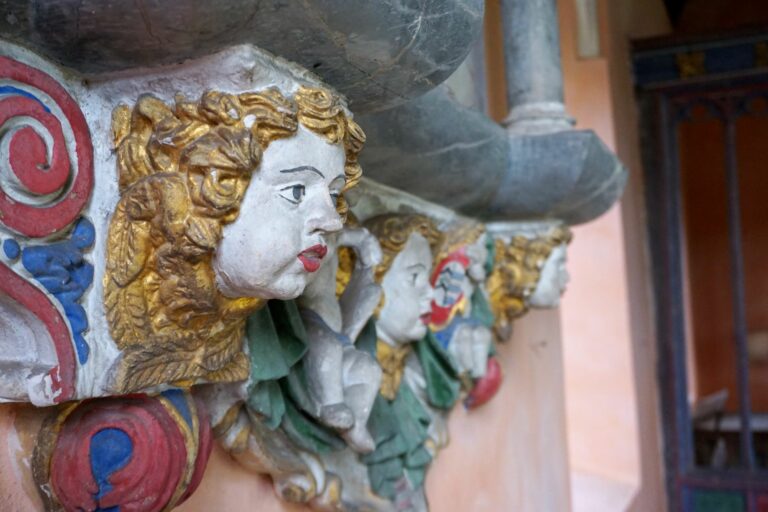