Medieval church with striking reticulated ceilings, set in the dramatic chalk landscape of the Cranborne Chase — with important links to 20th century literature and the gay rights movement

The ceilings — timber panels with reticulated tracery — appear straight out of a fashionable drawing room.

St Mary’s is both peculiar and picturesque. Set in to the chalkland of the Cranborne Chase, the design combines a late medieval tower with a nave, transept and apse built in stages between 1852 and 1875. Nikolaus Pevsner described St Mary’s as ‘… a Georgian space in Perpendicular form, long, uniform, well-lit – it might be a schoolroom.’

The history of the church is intertwined with the Crichel Down Affair, the Bloomsbury Group and the gay rights movement in the 1960s. 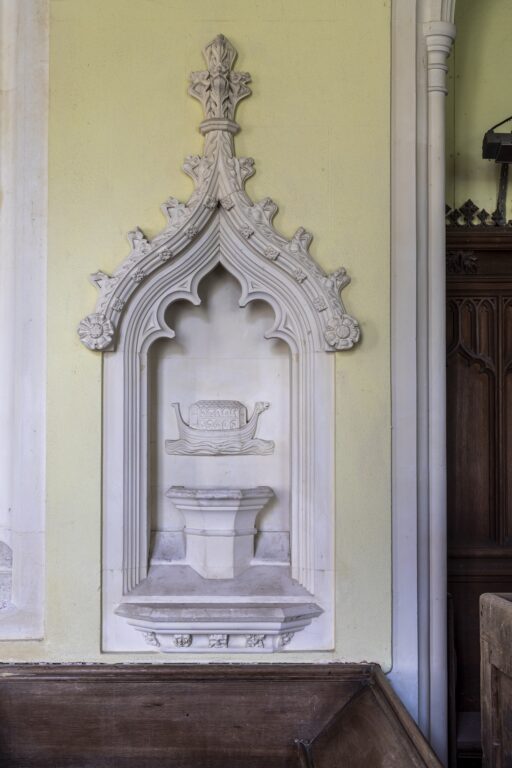 The interior of this Norman church near Salisbury was beautifully decorated with stencil and freehand decoration in 1876 and features a trompe l'oeil priest's seat with a painted orange tree.
Read more