St Andrew's is a romantic roadside ruin. In the summer, hot pink Valerian flowers burst through the cracks in the stonework.

St Andrew’s was built between the 13th and 15th centuries. Its tall tower, aisles, nave and chancel were built from local Devonian slatestone rubble, while the windows and tracery were carved from granite.

The church was in used until 1866. The story goes that during divine service a pane of glass was blown in and narrowly missed the officiating vicar, Rev’d F. R. Hole. Hole decided that the old church was unsafe, and that it would be cheaper to build a new church at Galmpton, rather than repair the old one.

And that is exactly what happened. The replacement for St Andrew’s was built at Galmpton in 1869, and within two decades St Andrew’s had been deliberately unroofed and its fittings dispersed to other local churches or sold.

Holy Trinity, Galmpton houses the simple granite font with waterleaf base, a memorial to the Lydstone family, the four bells, and most importantly of all a remarkable assemblage of shattered remains from two 15th-century alabaster reredoses, representing sculptural scenes from the life of Christ.  These were found in the spring of 1857 within St Andrew’s when the mid-16th-century blocking of the lower part of the west window was dismantled.

The old holy water stoup was given to Holy Trinity, Salcombe, where it is still to be seen in the porch.

We took ownership of the church in 1976, after it had been left to decay for almost a century. Recovering the church from vegetation and making it safe for public access has been the work of many decades. 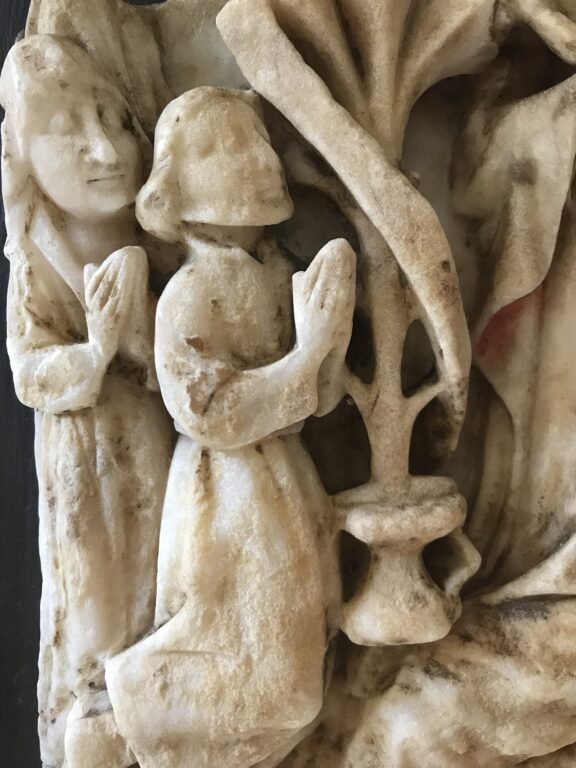 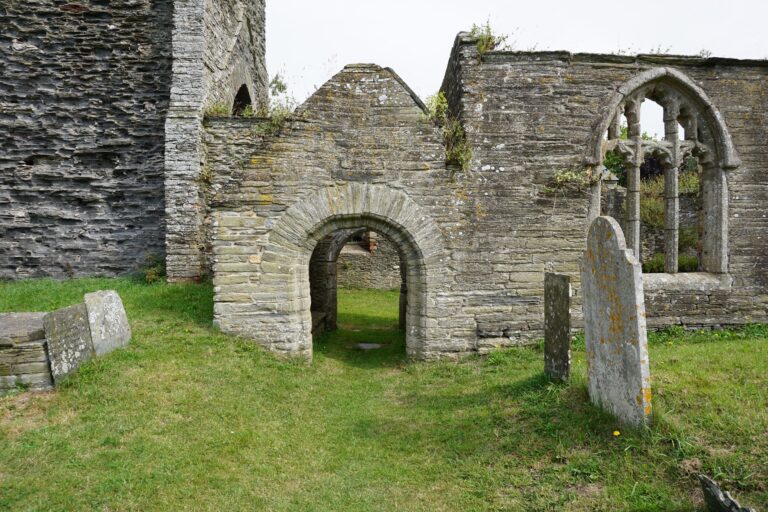