This church can be tricky to find – and to interpret!
A gap in a wall leads to a path and then to a church: a Norman-Perpendicular-Neo-Norman ensemble alone in an open field.

It’s easy to miss the narrow opening in the farmyard wall that leads to All Saints'. Once you’ve squeezed through, a rough concrete path winds along the hedgerow.

The church sits in a tightly enclosed churchyard in the middle of a wide, open field. This bucolic setting, in which sheep and cattle graze, is an important archaeological site from the Early-Late Medieval period.

About All Saints', Ballidon

All Saints’ is first recorded in 1205, as a chapel-of-ease to the mother church at Bradbourne. However, as the village of Ballidon is mentioned in both the Domesday book and a charter of King Edgar in 963, it’s likely that a church existed here before 1205.

The unusual font may also date from this time. Octagonal in form, it is roughly carved with tracery, figures, fish, a bridled horse and several abstract motifs. Some of the carvings are clearly late medieval, while others appear to be Romanesque. Most peculiar, however, is that several of the carvings appear to be upside-down!

Half-way up in to the west wall, there are the remains of a square fire-place. This clearly served a first-floor room, but all other traces of this have been lost. The church was restored in 1822 and all but rebuilt in 1882. The latter has left us with a Neo-Norman arch which leads up four steps to the chancel, where the east window by C.E. Kempe depicts the Resurrection. 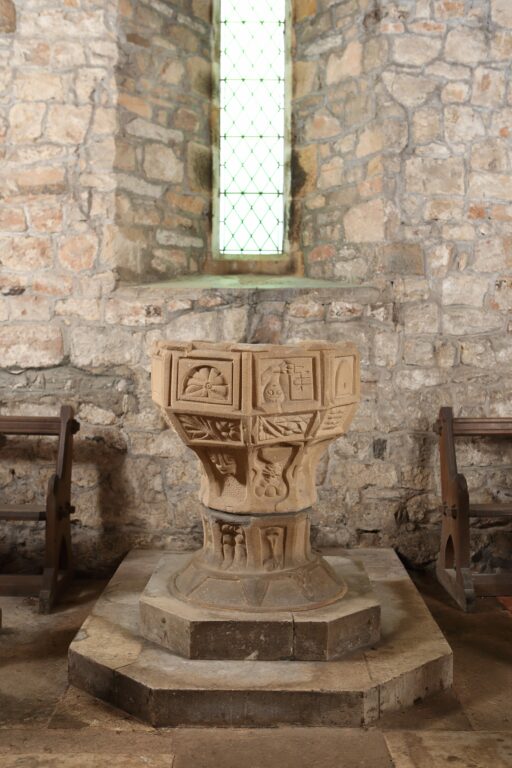 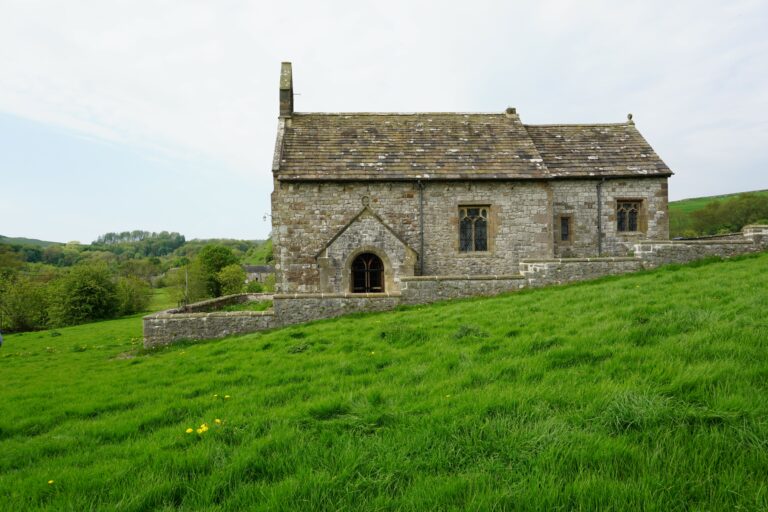 The button below links to more information about this church on another website.

On the altar steps of St Mary’s, Fordham, in Norfolk, there are two remarkable objects that really shouldn’t be there - mysterious medieval gravestones
Read more