This diminutive Grade I listed church dates from the 13th century, and is said to house the oldest bells in Monmouthshire.

Gwernesney (Gwernesni) means the ‘parish of the alders’, after the alder trees (‘gwern’) that once grew here in abundance.

This small church built of Old Red Sandstone rubble is located in the peaceful setting of Llantrisant Fawr, Monmouthshire.

This diminutive Grade I listed church dates from the 13th century, and is said to house the oldest bells in Monmouthshire.

The oldest surviving features – such as window reveals and arches – place the origins of this building in the late 13th – early 14th century. The church was rebuilt in the 15th century with the wagon roof and a hefty rood-beam, which retains a pierced, foliate trail of carved decoration, dating from this period. We love the simple decoration to the screen below – with quatrefoil and Tudor rose carvings. Parts of an earlier screen were roughly jointed together to form a baptistry at the west end.

In 1953, local historian C. J. O. Evans noted: ‘…small though the building is, it ranks highest in the county to those interested in campanology, because the two bells in the western turret are of 13th century date and are the most interesting as well as the oldest in Monmouthshire’.

J P Seddon undertook restoration in the mid-19th century – rearranging the interior and reconstructing the bell-cote.

The pulpit in the nave was brought to the church from All Saints’, Kemeys Inferior, which was demolished some years ago to make way for the Usk Valley Road. 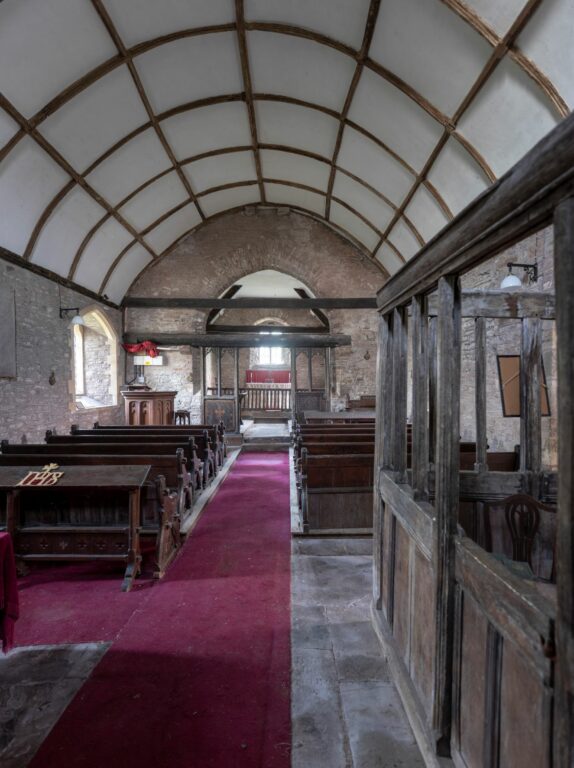 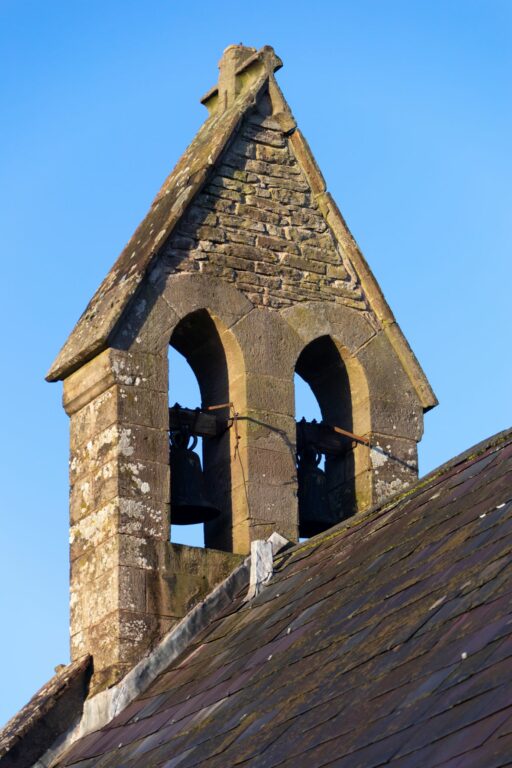 Ancient church in an almost circular churchyard, with a 15th century rood beam and loft, and a wealth of 18th-century woodwork
Read more