Set on the green expanse of the Llŷn Peninsula, St Mary's has medieval origins and a beautifully simple rustic late Georgian interior.

"Generally the aura is one of generations of Welsh farming stock offering a special but unpretentious gift to their God ... and it's all still there."

Located on the Llŷn Peninsula, looking out to the Irish Sea, Penllech, which means ‘end of the rock’ or ‘head-stone’, may take its name from the capstone of a cromlech — the flat stone roof over a local megalithic tomb.

St Mary’s church is medieval in origin (first mentioned in the Norwich Valuation of 1254) and was rebuilt and furnished by Samuel Jones in 1840. The eagle-eyed might spot the year ‘1840’ carved into one of the roof timbers.

The font is the only survivor of the earlier building – a roughly hewn monolith in brown stone, painted white on its inner face, almost sunk into the shaft beneath.

From the 16th century this single cell church was used as a day-school; in fact, it was one of the earliest grammar schools in Wales. One of the students of Penllech was Henry Rowlands, a man who went on to Oxford to gain a university education and eventually became the Bishop of Bangor. Rowlands never forgot the parish of his childhood; in his will, he left money to repair roads, found a new school and support the poor – in particular, ‘the poor shall be given clothing – “I do not mean white paltry flannel or black foolish cotton but good boarded frieze whatever it cost”. In 1840, Jones’s updates took advantage of a grant for re-pewing made by the Incorporated Society for Promoting the Enlargement, Building and Repairing of Churches and Chapels. The result was a simple late Georgian-style interior with open benches in the nave and six box pews at the High End (nearest the pulpit and altar), painted in their original grey, as well as rows of hatpegs and two coffin biers propped up at the west end. The blacksmith’s handiwork is evident in the door furniture. This rustic character has been reinforced by our reintroduction in 2009 of wooden tracery to the original form, designed for us by Graham Holland.

The most surprising feature at St Mary’s is the octagonal sounding board (or ‘tester’) to the pulpit. On the underside, a sun bursts with eight rays — an unexpected extravagance in this simple church. 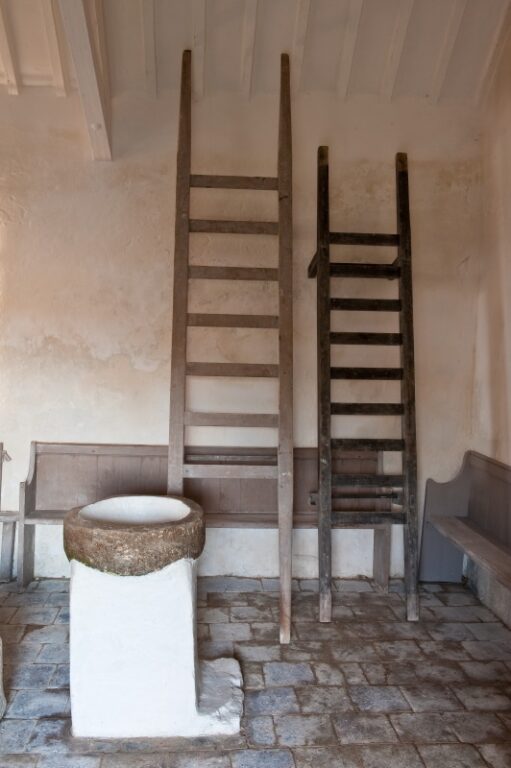 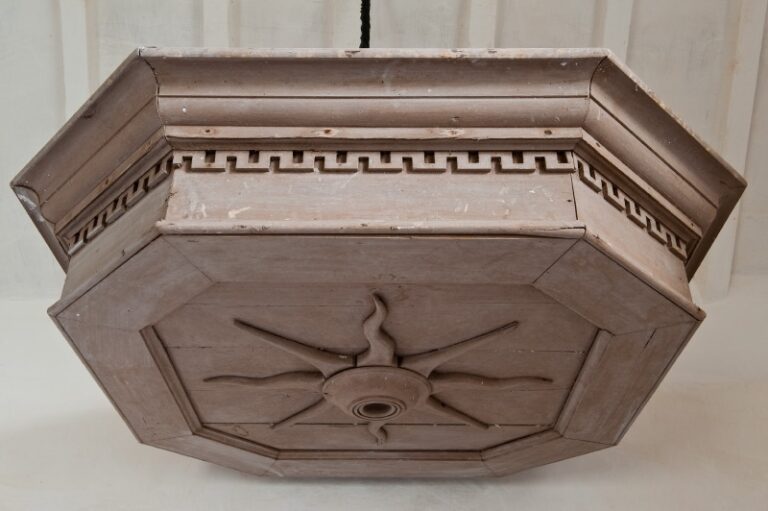 At the end of an ancient causeway, you'll find this church that was built on an island in the now-drained lake of Llyn Ystumllyn
Read more