13th-century walls, a 15th-century roof that will make your jaw drop, and connections with David Lloyd George and Clough Williams-Ellis

St Brothen's was built on what was the shoreline of the Glaslyn Estuary, the medieval church sloping east to west to the water.

Inside, the 15th-century roof soars. At eye-level, there is excellent timberwork – in pews, stalls, rood-screen fragments and font-lids – to be discovered.

In the late 6th century, St Brothen chose this spot for his church. It was right on the shore, and washed by the tides. Now, nothing of St Brothen’s original church or the shoreline remains. In the early 19th-century, an embankment was built along the estuary.

What does remain, however, is a massively roofed medieval church that gently slopes down to its long-lost shore. The walls, including the triplet lancet east window, date from the 13th-century. The arch-braced roof with cusped wind braces was cut from mountain oak in the late 15th century. This wonderful roof carries nearly 15,000 slates!

Beyond the roof, there is plenty of beautiful woodwork including balustraded chancel stalls, a dug-out chest, a conical font lid, and a nine-bay screen (which like so many others has lost its rood loft).

St Brothen’s has two notable historic connections – the first with an ambitious young lawyer called David Lloyd George who, in 1888 championed the right of a poor quarry-man, Robert Roberts, to a Non-conformist burial next to his daughter at Llanfrothen.

And the second in more recent history, as the church was well-known to, and loved by, Clough Williams-Ellis– whose ancestor J. Williams-Ellis of Brondanw gave the church a paten in 1844 and a chalice in 1859. Despite this connection, in 1979 locals objected to a memorial to Clough being erected at the church on the grounds that he was agnostic – and the memorial was erected at Portmeirion instead, although his ashes were scattered in the grounds of Plas Brondanw, his home of 70 years, which lies in the parish. 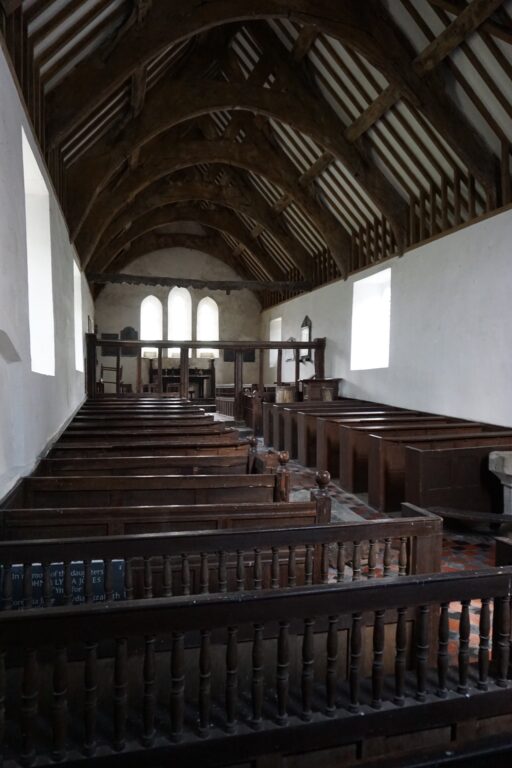 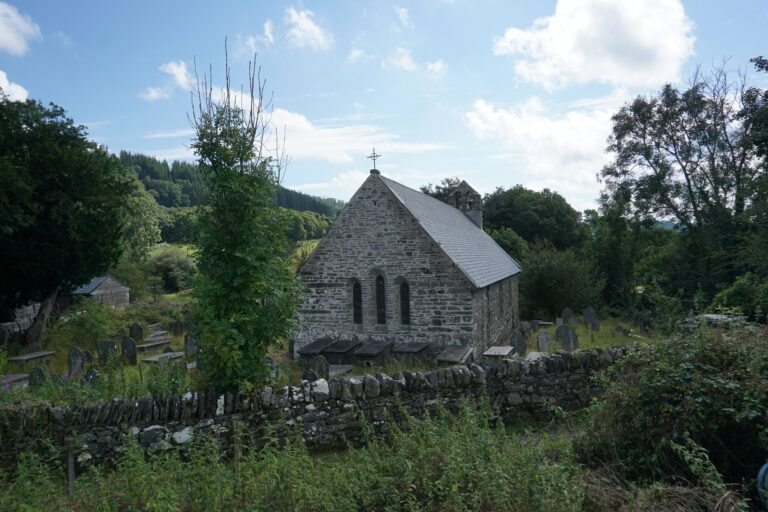