St Mary’s is situated on the Pilgrim’s Way (North Downs Way), a historic pilgrimage route to Canterbury, which is still well walked.

St Mary's is a ruinous medieval church, which clings to the banks of a 19th-century lake

In the mid-20th century, the roof and nave collapsed. The church was stripped, the contents dispersed, and the medieval masonry left to nature. It has been designated a Scheduled Ancient Monument.

St Mary’s was once a fine medieval church on an ancient pilgrimage route to Canterbury and the shrine St Thomas Becket. Situated within the grounds of Eastwell Park, all that remains is a 15th-century tower, a 19th-century mortuary chapel and a slender flint wall linking the two.

A picturesque lake created just to the east of the church in the 19th century brought about the collapse of the nave arcade, as the chalk columns sucked up moisture from the earth and crumbled.

In the 1940s, Eastwell Park was taken over by the army for tank training exercises. Shocks from nearby explosions didn’t help the vulnerable structure. But in February 1951, after weeks of heavy rain the nave roof collapsed and took the arcade with it.

Six years later the church was dismantled. The bells were sold for scrap. The monuments found a new home in the V&A. A sad end for this lakeside beauty.

Much mystery remains around this place. In the churchyard, there is a Victorian tomb, which is reputed to be the grave of Richard Plantagenet, an illegitimate son of Richard III. The church registers record his death, “Rychard Plantagenet was buryed on the 22. daye of December 1550”. 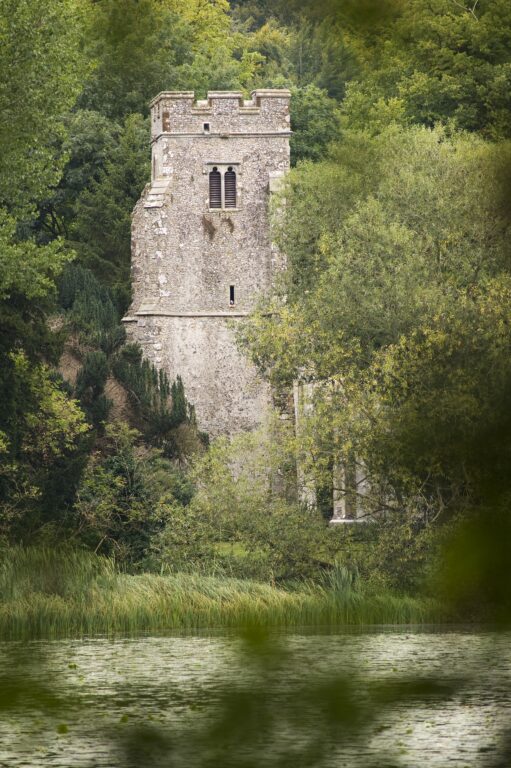 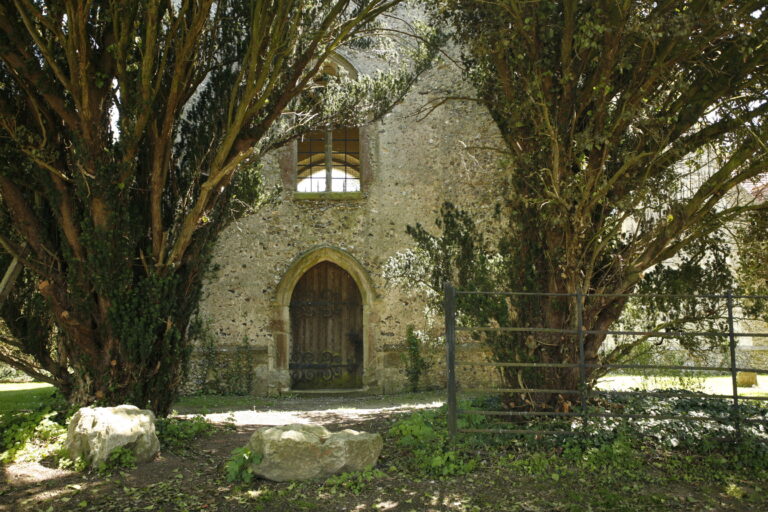