At Llandeloy, Arts & Crafts architect John Coates Carter created a building that symbolised a personal journey through life and faith.

To enter the church, be sure to turn the handle anti-clockwise. Please not go up the stairs leading to the rood screen.

Great art is created when the hand, the head, and the heart come together.

This is a crude paraphrasing of John Ruskin, but the sentiment applies perfectly to the church at Llandeloy.

By the 1840s St Eloi’s (also known as St Teilo’s) was nothing more than a few medieval stumps. But in the 1920s, the architect John Coates Carter reimagined the ruins and created a building to symbolise a personal journey through life and faith — using indigenous materials and identifiably Welsh vernacular motifs. The result is a simple, two-cell building with a humble exterior, but a beautiful and evocative interior.

Rebuilding was meant to start in the early 20th century. However, just as work was set to begin, the Great War broke, halting its progress for more than a decade.

In 1926, Carter returned. He designed a simple church to nestle deep into a hollow in the churchyard. An ancient holy well is hidden in the greenery to the south. For Carter, the church with a “floor of slates won from the earth, and a roof of trees whose branches once reared skywards, become symbolic of the earth and the heavens”.

It is symbolic of a Christian’s journey as they move from the font (baptism), through the narrowing of the chancel arch. At this point, they are tempted by the generous, easeful byeway of the transept, before stepping up into the chancel, stepping closer to the heavens, to the altar, where the reredos depicting Christ in Majesty was painted by Carter himself.

St Eloi’s, Llandeloy would be Coates Carter’s final church. He died less than a year after it was consecrated. His earthly journey was complete. 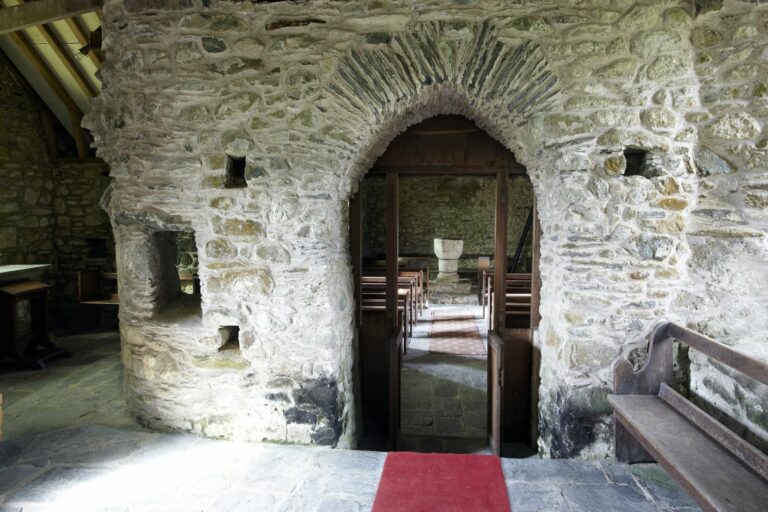 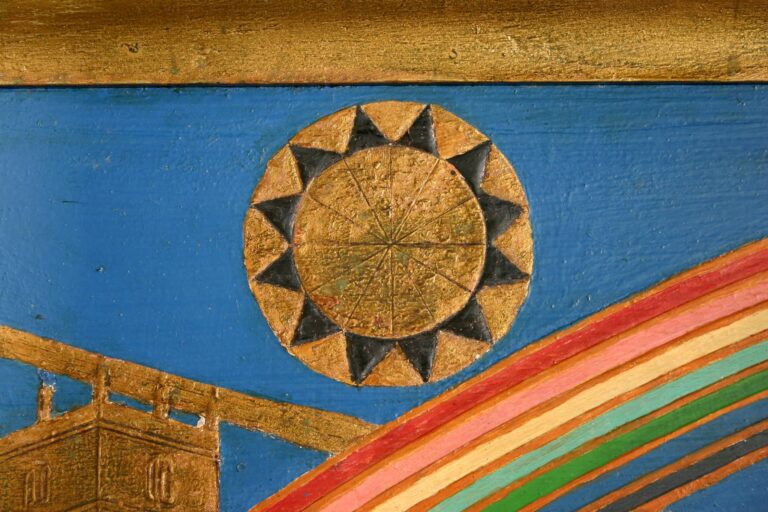 Holy Well: When you go outside do look out for the ‘holy well’, which can become overgrown (the churchyard is not the responsibility of the FoFC).