St Baglan’s is reached across a field which is part of an active farm. From time-to-time, there may be livestock in this field so please do proceed respectfully and cautiously.

St Baglan's is small and steeped in history. From the circular churchyard, the 6th-century inscribed stone, the "pirate" grave, the cross slabs, medieval roof and Georgian pews, it's a deeply special place.

A clump of gnarled oaks stretch their branches protectively around the church. On the doorstep, the sea breathes rhythmically, slow and deep.

The churchyard is well worth exploring – its form suggests pre-Christian origins and there is unpretentious vernacular charm in the boundary wall, the entrance gate with the churchwarden’s inscription and the range of slate headstones and chest tombs – not forgetting the “pirate grave”, popular in local folklore.

In its earliest walling, the church dates from the thirteenth century but it took four more centuries to acquire its present configuration.

As you enter the church do look at the shelf and lintel of the eastern wall of the porch. Here you will find two cross-slabs dating from c. 14th-century. Both stones are carved with crosses, but the lower slab also carries the image of a ship.

On the inside, above the door, you’ll find an extremely early re-used carved stone of the fifth or sixth century that has been reused as a lintel. This is inscribed with “Fili Lovernii Anatemori” these are Latinised forms of the Brythonic names Lovernius and Anatemorus. In its correct upright position, it would read Anatemori Fili Lovernii.

The church interior is evocative of eighteenth-century social life in the mixture of modest open-back seating and the grander box-pews for the wealthier villagers, including one from Ynys Môn (Anglesey), who as you will see often added their own date and signature. 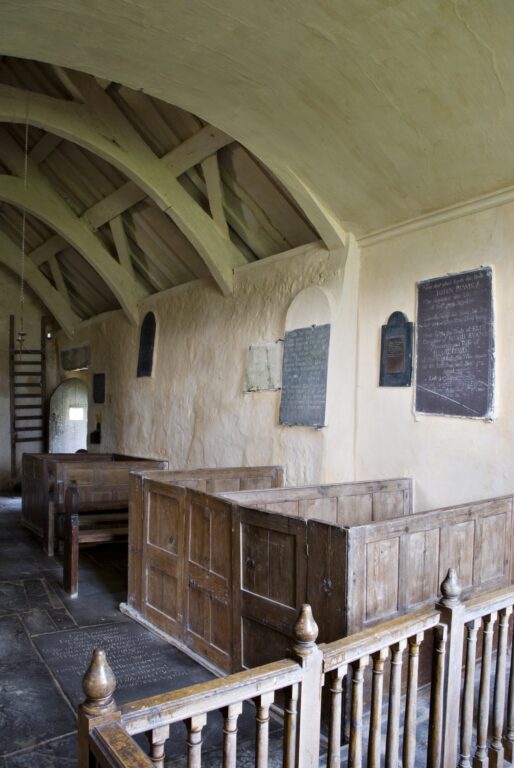 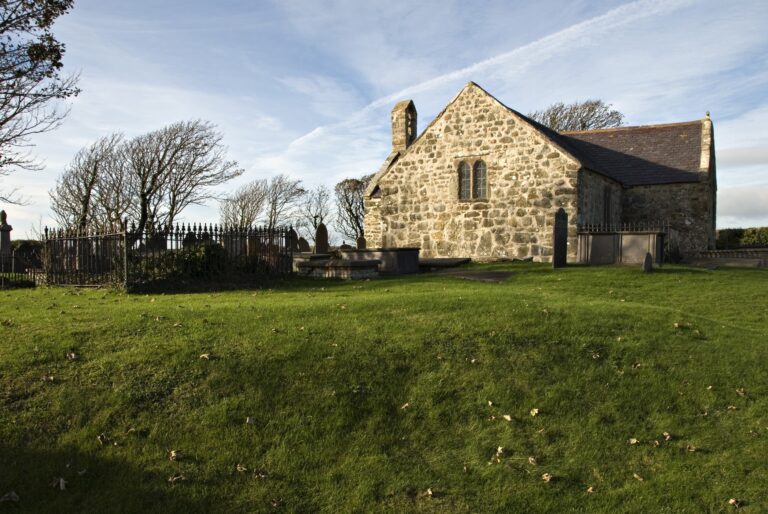 What makes this place special? Is it the sentient landscape? The ancient, shady mountains that watched humans arrive. The clump of gnarled trees stretching their branches protectively around the church.
Read more

At the end of an ancient causeway, you'll find this church that was built on an island in the now-drained lake of Llyn Ystumllyn
Read more