Llangatwg Feibion Afel (The church of St Cadoc of the sons of Afel) is one of the Friends of Friendless Churches’ recent vestings and one of Monmouthshire’s most remote churches, in a little valley north-west of Monmouth.

Members who attended the 2019 AGM there will remember the trek from the road to reach the church, down a lane and across the fields. As you approach from a lane through fields, you might think you have discovered a lost medieval castle.

But in the early medieval period, St Cadoc’s was a ‘mother’ church or ‘clas’ church at the centre of a large community, and one of the most important churches in the area. An early charter shows that Llangatwg had numerous daughter churches. But where are these churches now?

Dr. Madeleine Gray, Professor Emerita of Ecclesiastical History at the University of South Wales, explores the evidence for Llangatwg Feibion Afel’s pre-Norman foundation, its role as a clas church, clues to its much bigger sphere of influence, and links with Monmouth Priory.

Early charters describe it as a mother church, with the churches of Llanllwyd, Llanfaenor, St Maughan’s (or Meugan's), St Thomas of Newcastle (a nearby village, not the Northumbrian city) and St Thomas of ‘Panrox’ subordinated to it.

Much of the early medieval church in Wales was run in this way. Mother churches (rather like Anglo-Saxon minster churches) looked after the spiritual needs of a large area, sometimes a whole kingdom. (Early Welsh kingdoms could be quite small.) In Wales they were sometimes called clas churches (in English, ‘group’ or ‘community’). They were served by communities of priests and were something like a monastery, but with responsibility for the lay community around them. Of course, we have no surviving buildings from this date. Early Welsh churches were as far as we know comparatively simple structures of timber, wattle and daub, though some of the major sites would have had several small churches within their enclosure.

We don’t know much about the foundation and early history of the church at Llangatwg. It is dedicated to St Cadoc (one of the more bad-tempered Welsh saints). The dedication does not mean that Cadoc himself founded the church. It could have been established by someone who had studied with him, or who admired him. The name feibion Afel, ‘of the sons of Afel’, could suggest that the land for the church was given by the brothers of a local landowning family. Under medieval Welsh law, land was inherited by all a man’s sons, so they would all have to join together if they wanted to give land to the church.

There were also 'daughter churches' in each local community — subordinate to the mother church. Technically, they were probably more like parochial chapelries than chapels of ease — that means they had the right to baptise, marry and bury people. St Maughan’s still has its twelfth-century font. 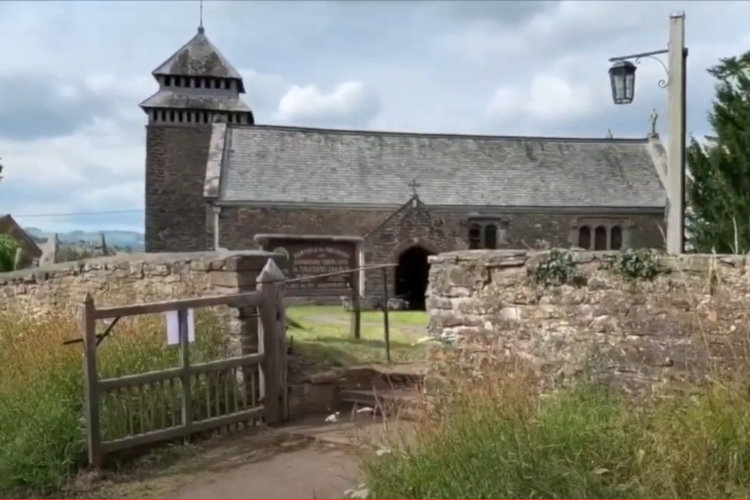 So what has happened to the daughter churches that once belonged to Llangatwg?

St Maughan’s was mentioned in a ninth-century document in the Book of Llan Daf, a rather problematic document that may give us a picture of the church in south-east Wales before the Norman conquest. It is now a parish church.

Llanfaenor and Llanllwyd were are both mentioned in tenth-century documents in the Book of Llan Daf. Llanfaenor was a tiny church, looking like a humble cottage. It was rebuilt in the nineteenth century as a typical Victorian Gothic building, but it was converted into a house some years ago. The church at Llanllwyd vanished even earlier, but it has left its memory in the landscape. There are two farms, Great Llanllwyd and Little Llanllwyd, just across a little valley from Llanfaenor. 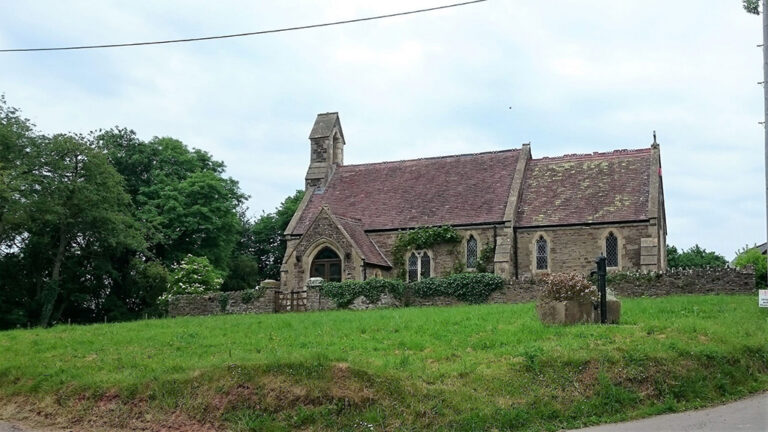 Newcastle still has the remains of its motte and bailey castle but there is now no evidence of a church there.

We don’t even know where ‘Panrox’ was. It could have been a place called Penrhos, but that is some way to the south. Newcastle and ‘Panrox’ must have been dedicated to Thomas of Canterbury at some point after his canonization in 1173. The Normans did rather a lot of this – rededicating churches that had been named after early Welsh saints. There was a church at Penrhos dedicated to St Cadoc – did the Normans try to rededicate it, but the old name came back? There is so much we don’t know about this period in our history.

There may once have been even more churches belonging to the mother church at Llangatwg. The surrounding area is full of llan place names. Some are misleading – Llandishty and Llanbawddwr are not really ‘llan’ but ‘glan’ place names:, farms named after streams. But what about Llancreaver (just west of the Hendre), Llanadan west of Llangatwg, Llanvolda next to the Hendre and plain Llan on the road to Newcastle? It really is a landscape very similar to that around St Cadoc’s great monastery at Llancarfan, where there are surrounding hamlets like Llancadle, Llanbethery and Llanfeuthin, and others like Castell Moel and Moulton with archaeological evidence of early churches.

The original scope of the church’s influence could have been even wider. There seems to have been a pre-Norman chapel of St Cadoc in what became the borough of Monmouth. A document purporting to be Wihenoc’s charter to St Florent pres Saumur in c 1075-85 for the establishment of his new Benedictine priory in Monmouth included a carucate of land in Llangatwg and the churches of Llangatwg, Rockfield and Wonastow.  The charter as printed in Dugdale’s Monasticon is clearly a later (12th c) forgery but may be based on an authentic original.  This may represent an attempt by Monmouth to claim more of the territory of the pre-Norman foundation. It is possible that Wihenoc’s orginal plan was to give the whole territory of Llangatwg Feibion Afel to his new foundation in Monmouth but that things were complicated by other later religious foundations in the area (like the Cistercians at Dore and Grace Dieu), since Monmouth Priory did take control of the church of Llangawtg, but not all of its surrounding land. Monmouth was claiming the chapel of St Thomas Panrox in 1186 but seems to have lost control of it thereafter.

The earliest part of the present church at Llangatwg Feibion Afel is the porch tower, which dates to about 1300. By that time, Llangatwg had lost its status as a clas church, but it was still a very large parish with subordinate chapelries.

So the FoFC’s new vesting at Llangatwg, isolated though it is now, was once one of the most important churches in the area.

Learn more about St Cadoc’s using the link below. 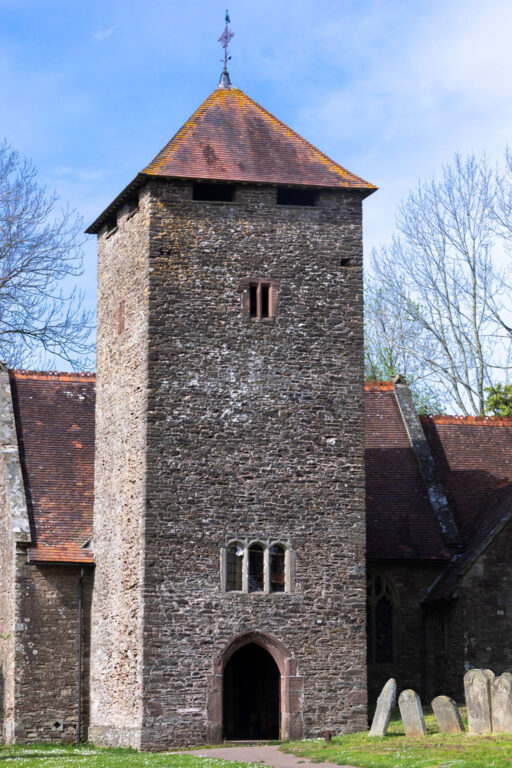