John is a trustee of the Friends of Friendless Churches. He has been an ecclesiastical historian for over 40 years, has taught at universities in England and Europe, and is the author of sixteen books. Each year he guides specialist tours around churches in England and Wales, and has personally visited two-thirds of England’s medieval churches.

Our vision of Christmases Past is so dominated by Dickens, Prince Albert and Thomas Hardy that we might be forgiven for paying little attention to celebrations in older times. Yet many of our parish churches have been witness to over a thousand Christmas celebrations, and it is a fascinating study to identify the way in which things were done in the earlier periods.

Christmas and the calendar

Christmas Day – meaning December 25th – is first mentioned in the fourth century and probably incorporated into existing Roman festivals.(1) It was thought that March 25th was when the world was created, and Christ conceived, so December was determined as the month of His birth. It also marked the Equinox and the move from darkness to light. Later disagreements over the date meant that Christmas was little celebrated and only really became a widely-accepted significant date after Charlemagne was crowned on that day in AD800. In England, the date was subsequently chosen for the coronations of both King Edmund of East Anglia (AD855) and King William the Conqueror (1066) setting it firmly in both secular and religious calendars.(2)

Tuxlith Chapel in Milland may have witnessed more than 900 Christmases. 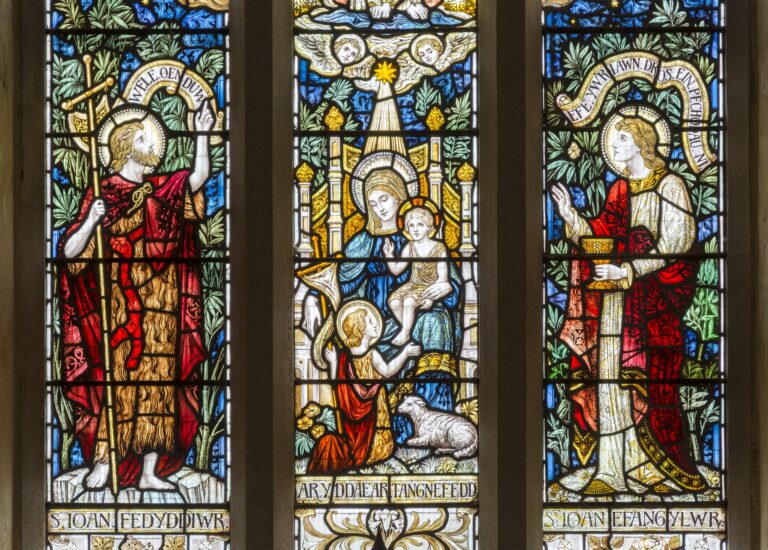 To most of the medieval population Christmas was a time for secular festivities, but with ever increasing religious influence. As Eamon Duffy explains, the secular carols were `pervasively indebted to liturgical hymnody’.(3) Secular festivals included parades and coronations of `Kings for a Day` with accompanying Mummers and Wassailers. The tradition of the Hooden Horse in Kent and Mari Lwyd in Wales took religious symbolism (the horse Mary rode into Bethlehem) into the secular world.

Medieval churches had permanent reminders of Christmas year-round. At Fincham (Norfolk) the font has a wonderfully crude Nativity scene on its twelfth century font whilst at Ashampstead (Berkshire) fine thirteenth century wall paintings survive. Interestingly, Nativity scenes were not common in the early medieval period, but by the fifteenth century every church may have had one. One of the finest, of alabaster and made at Nottingham in the fourteenth century, is now in the V&A and must originally have formed part of an altarpiece. It is widely believed that St Francis of Assisi introduced the first nativity figures into his church at Greccio in 1223.(4)

Churches themselves have many little-known traditions associated with Christmas. At Dewsbury (Yorkshire) the tolling bell, used to announce funerals, was rung on Christmas Eve to symbolise the death of the Devil, to precede the birth of Christ.(5)

Churches were decorated with evergreens – Holly, Ivy and Mistletoe. The latter was much revered as it represented a plant which depended on another for survival. In 1486 the churchwardens of St Mary at Hill (City of London) paid 4d for ‘Holme and Ivy at Christmas Eve’.(6) 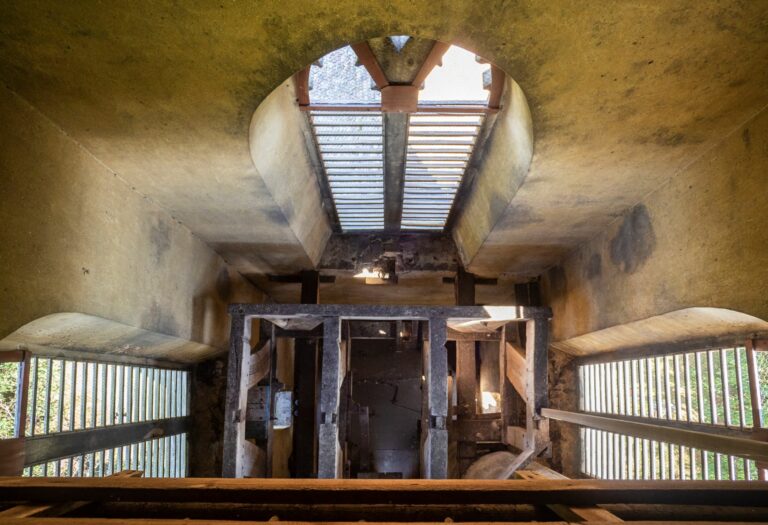 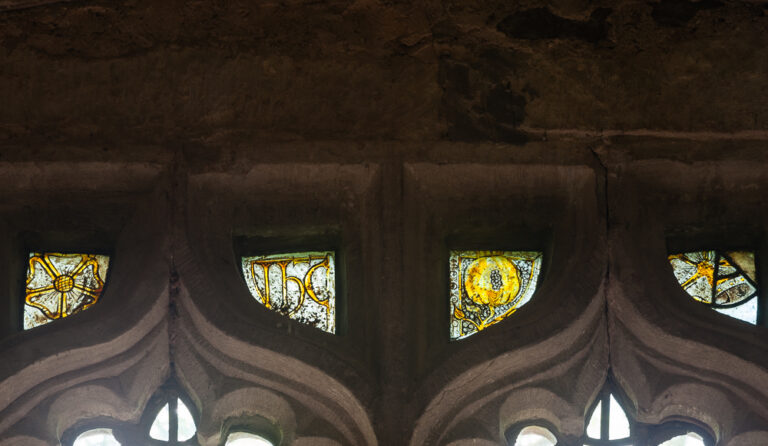 Windows at St Jerome's, Llangwm Uchaf depict a Tudor rose and a pomegranate, the symbol of Katherine of Aragon.

During the reign of King Edward VI, Parliament complained ‘that men are not at all times so set on the performance of religious duties as they ought to be’.(7) The 1551 Act for the Keeping of Holy Days and Fasting Days, which aimed to redress this perceived lack of piety, prevented people from working on holy days (except for harvest time or other times of necessity)(8) and made church attendance compulsory on Christmas Day. The act further stipulated that people must travel to church on Christmas Day only on foot. This Tudor law was only officially repealed in 1969!(9)

Following the Reformation, Christmas was still celebrated widely in churches and in 1559 Bishop Grindal, the then Bishop of London, published a book of carols that were predominantly religious rather than secular.(10) The early seventeenth century, however, saw changes in public attitude towards Christmas which was seen as too much fun, and in 1647 the Long Parliament said that Christmas would no longer be recognised. This led to general unrest, especially when in Canterbury a woman was thrown in prison for making a Christmas Pudding, and shopkeepers imprisoned for not opening their shops as usual on Christmas Day.

Thankfully, the celebration of Christmas was restored, with the monarchy, in 1660. That year, Samuel Pepys attended his church of St Olave (City of London) and recorded that his pew was `covered in rosemary’.(11) In the diaries of James Woodforde (1758-1802), the parson of Weston Longville in Norfolk, we discover that he only introduced a service on Christmas Day in the late 1790s, and that it was not at all well-supported.(12) 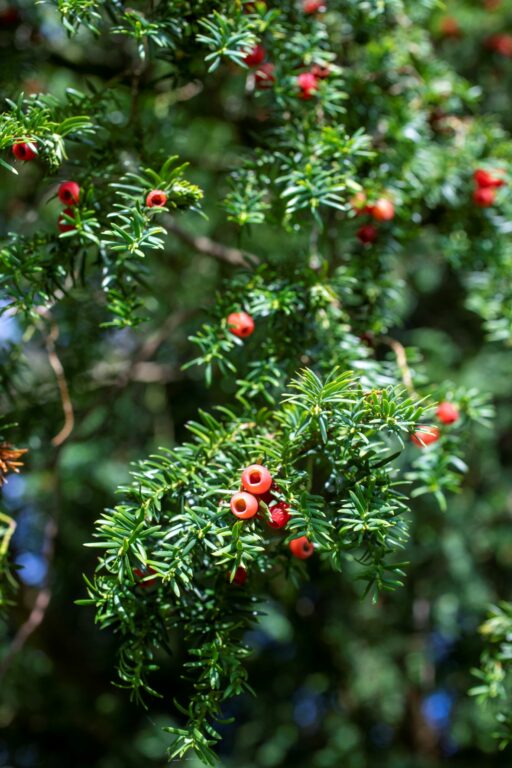 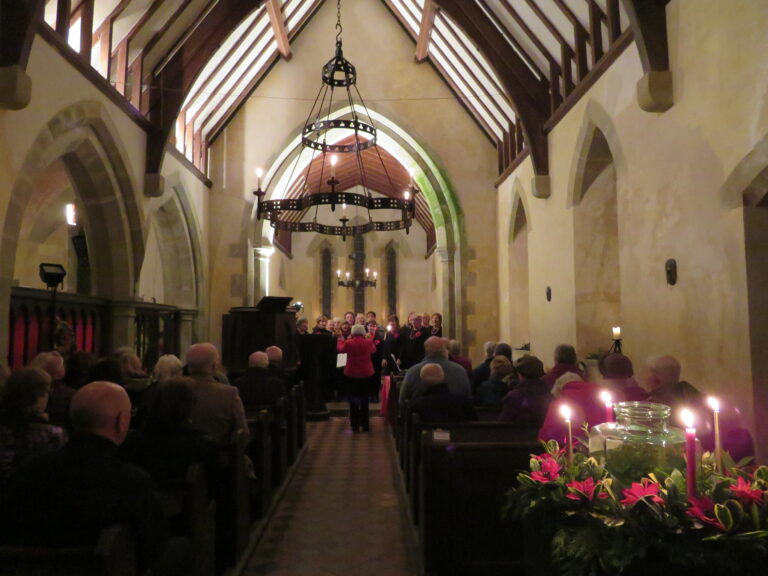 The Revd Francis Kilvert (1840-1879), living on the Wales/Herefordshire border, did not have a service on Christmas Day at all. He was a low-church clergyman who took services on Sunday alone, and this was not uncommon in rural communities. Conversely, the High Church Anglicans most certainly celebrated Communion on Christmas Day as we see from the Returns from the Census of Religious Worship of 1851, where several clergy mentioned holding services. However, nineteenth century Christmas services relied on a few old carols – most were still secular and usually sung at home or as part of concerts.

In 1875 a book of appropriate carols was published by R R Chope and this collection, which included ‘Hark! the herald Angels sing’, ‘Once in royal David’s city’ and ‘It came upon the midnight clear’ became popular almost overnight.(13) Like the Harvest Festival which we all think has been around forever, the Service of Nine Lessons and Carols is a nineteenth century invention, first introduced by Bishop E W Benson at Truro Cathedral 140 years ago this year. It was apparently conceived to get the men out of the pubs, and after Benson became Archbishop of Canterbury its popularity was assured.