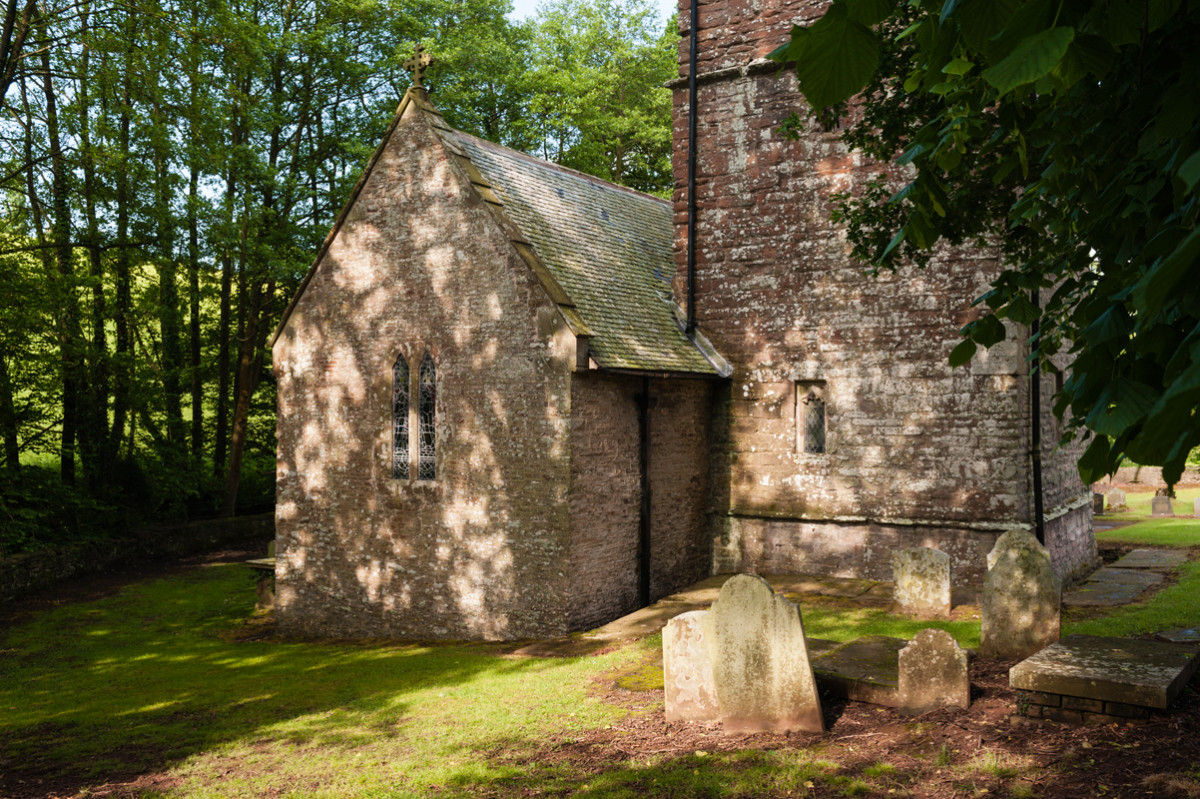 We had assumed that digging a French drain to replace a concrete hardstanding at St Jerome’s, Llangwm Uchaf in 2017 would be an unglamorous affair – but building works at historic churches are never without surprises. One of the great names associated with Llangwm is Walter Cradock, Puritan clergyman, influential theologian and founder of the first independent church in Wales, who was born in the parish and took his final living there.

In digging, the builders uncovered a flat gravestone engraved with the word ‘Craddock’ – could it be the grave of Walter, which we knew once existed here?

As we uncovered the epitaph we found that it in fact commemorated three people, but none of them was Walter; the first buried were Joan Gwyn, d. 1690 and Craddock Gwyn, d. 1725.

The third inscription was rather shocking. It reads:

‘Here also lyeth the body of Elizabeth Gwyn, the wife of Cradock Gwyn of the Parish who was murdered in her own House ye 28 day of June 1743 Aged 84 years.

Over time we have been able to learn more about this family and the dreadful murder.

Joan Gwyn née Cradock was a cousin of Walter Cradock, and her husband John Gwyn, a local landowner, was church warden during Walter Cradock’s tenure. John wrote a famous ‘commonplace book’ that is one of the most important Welsh historical sources for 17th century medical practices. Cradock Gwyn was Joan and John’s son, and the unfortunate Elizabeth was their daughter in law.

The Gwyns lived at Pwll Farm, known as ‘The Pwll’, half a mile from St Jerome’s. It was there that in 1743, Elizabeth, an elderly woman and widow, was murdered by a ‘bloody villain’ – possibly, according to local folklore, a tramp or her own servant – just some three days after she made her will. Apparently there are still the remains of bloodstains at the bottom of the stairs!

We would be grateful for any additional information about Elizabeth Gwyn’s murder, whether fact or folklore.

Meanwhile, the grave of Walter Cradock is still waiting to be rediscovered …

Updated September 2020. Thank you to Lynne Savage and John Hardiman for their past contributions to this story.