A distinctive Victorian chequerboard church of limestone and knapped flint with traces of an earlier, medieval building

The chequerboard flint and limestone treatment of the external walls at St John the Baptist's, Papworth St Agnes is distinctive and attractive. But at one point in the 1970s, it looked like this church would be lost forever.

The church was derelict, stripped of its fittings, and facing demolition when we stepped in to save it. Now, it’s used by the village as their community centre.

St John the Baptist’s stands on a medieval site but is substantially a 19th-century rebuild. The tower dates from 1848 and the rest of the church from 1854.

It’s likely that the architect for the rebuilding was the then rector, the Rev’d JH Sperling, a noted Ecclesiologist. It was Sperling who introduced the striking knapped, lapped, chequer-board masonry to the external walls.

At least one doorway of 14th century date, the tower arch of c. 1530, and the four grotesques below the tower parapet may all have been reused from the former building. The chancel had already been demolished as, in 1827, the church was described as consisting of ‘a west tower and nave, both Perpendicular’.

When we took the church into our care in 1979 it was derelict and facing demolition. The stained glass, designed by William Wailes, had been removed. The font thrown into the churchyard. The roof had been stripped of tiles and a demolition order published. Through the efforts of our founder, Ivor Bulmer-Thomas, we obtained a grant and brought the building back into use.

The Friends of Papworth St Agnes hold regular events in the church, including a popular Harvest Supper. 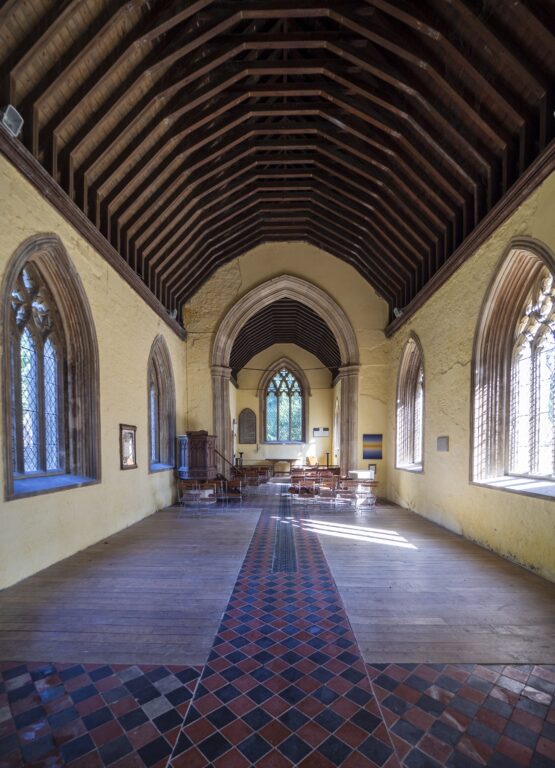 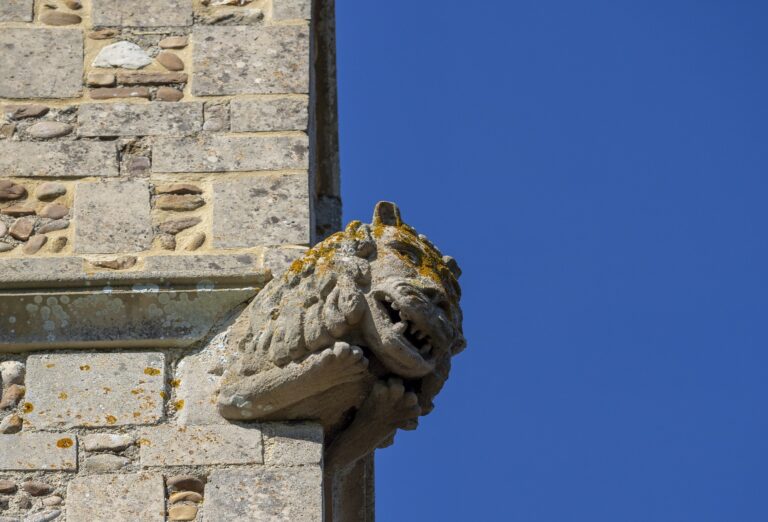