Medieval glass, 19th century woodwork, and a stone and slate lychgate, all on the 6th century site of St Beuno's cell

From St Beuno’s there is a short and picturesque walk down an ancient drover’s road to St Cynhaearn’s, Ynyscynhaearn.

St Beuno's is set in a sea of slate headstones and tomb chests.

Much of the decoration inside, including the captivating angel lectern, is the work of women.

The clue that you have arrived at St Beuno’s is the gloriously organic lychgate in slate, reconstructed in the 19th century but originally dated 1698. This structure alone testifies to the geological richness of the site — the Tremadoc rocks with their fossil beds drew many amateur geologists and palaeontologists from across the UK in the mid 19th century. They also featured in a short story by Elizabeth Gaskell, ‘The Well of Pen-Morfa’, in 1850.

The Romanticism of this site also inspired a not very good, but much read novel: MM Bell’s ‘The Secret of a Life’ (1858), which made Penmorfa Church the location of the untimely marriage of Reginald and Ellen, the two soon being ripped asunder by the reappearance of Terese, the first wife. ‘They reached the little church. It stands there still, with the gigantic yews before the quaint old porch. “God’s Acre” crowded with tombstones…’”

St Beuno’s simple exterior conceals a more elaborate interior with medieval stained glass, monuments and 19th century fittings associated with the William-Ellis family. Much of the decoration is the work of women. Constance Mary Greaves (b.1862) designed and skilfully carved the ‘Jacobethan’ screen, as well as the pulpit (which includes an image of St Beuno) and the beautiful, almost life-sized angel lectern. Constance was the wife of the church’s patron, RM Greaves, who funded its extensive restoration in 1899 by the great John Douglas of Chester. She was also an aunt of Clough Williams-Ellis — creator of Portmeirion. After the Great War, stained-glass artist Joan Howson (1885-1964) created the windows of St Cybi and St Cyngar in the porch. A suffragette supporter and socialist, Flintshire-born Howson trained at the Liverpool School of Art and worked on the reglazing of the windows of the Chapter House at Westminster Abbey after wartime bomb damage.

An elaborate alabaster memorial to Sir John Owen of Clenennau can be seen on the east wall of the nave. Sir John was a loyal Royalist in the Civil War. For this, he was tried for treason and sentenced to beheading — twice! However, he survived and managed to enjoy some quiet retirement years before being buried at St Beuno’s in 1666. 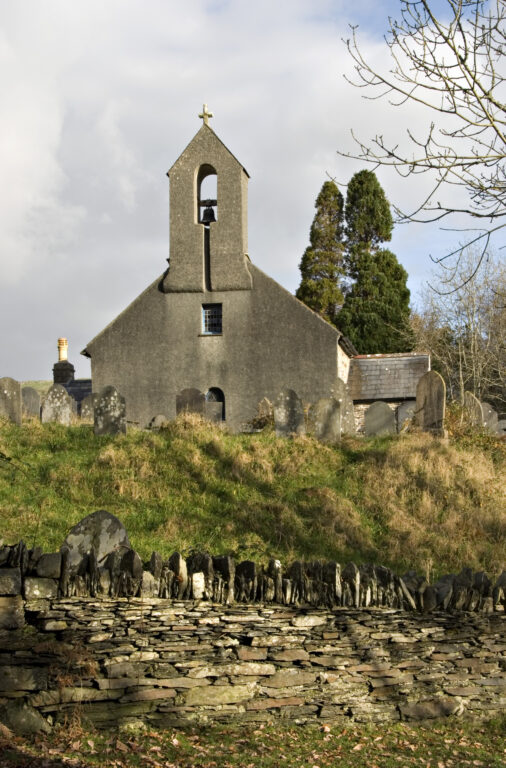 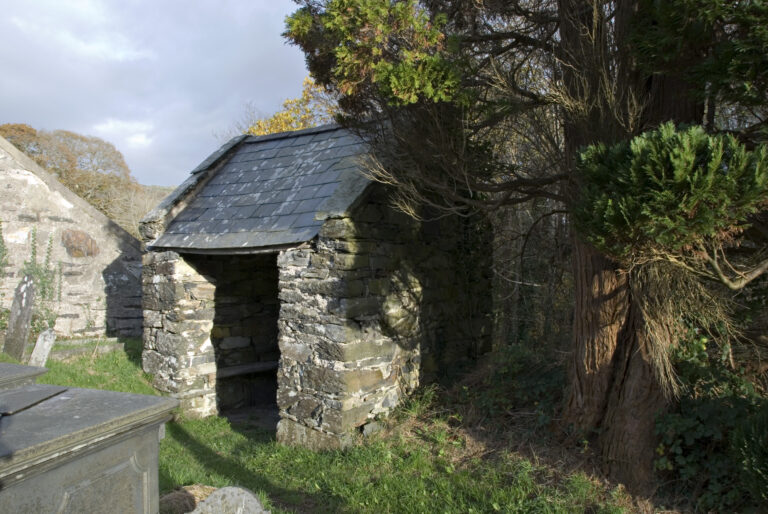 St Beuno's in Penmorfa, Gwynedd is a fossil and geology hotspot that played a major role in the new sciences of geology and palaeontology in the Victorian era. In 1885 a group from Cambridge University's Sedgwick Club visited the church. The visiting geologists included a number of pioneering women.
Read more