However, in East Yorkshire, the church of Barmby on the Marsh is dedicated to St Helen of the True Cross, the powerful Greek mother of the first Christian Roman emperor; in Powys, the remote church at Llanelieu, with its astounding blood-red rood screen, is dedicated to the more obscure and mysterious Welsh virgin martyr St Ellyw; while in Llandawke, Carmarthenshire, the church of St Oudoceus (a male bishop) is closely connected with St Margaret Marloes - another enigmatic Welsh holy woman. In this blog, we explore their stories.

Regardless of one’s personal belief in the many and varied stories of their lives and deaths, the actions of these women have inspired awe and devotion, and fuelled artistic expression, for many hundreds of years. The power and influence of their stories is undeniable. 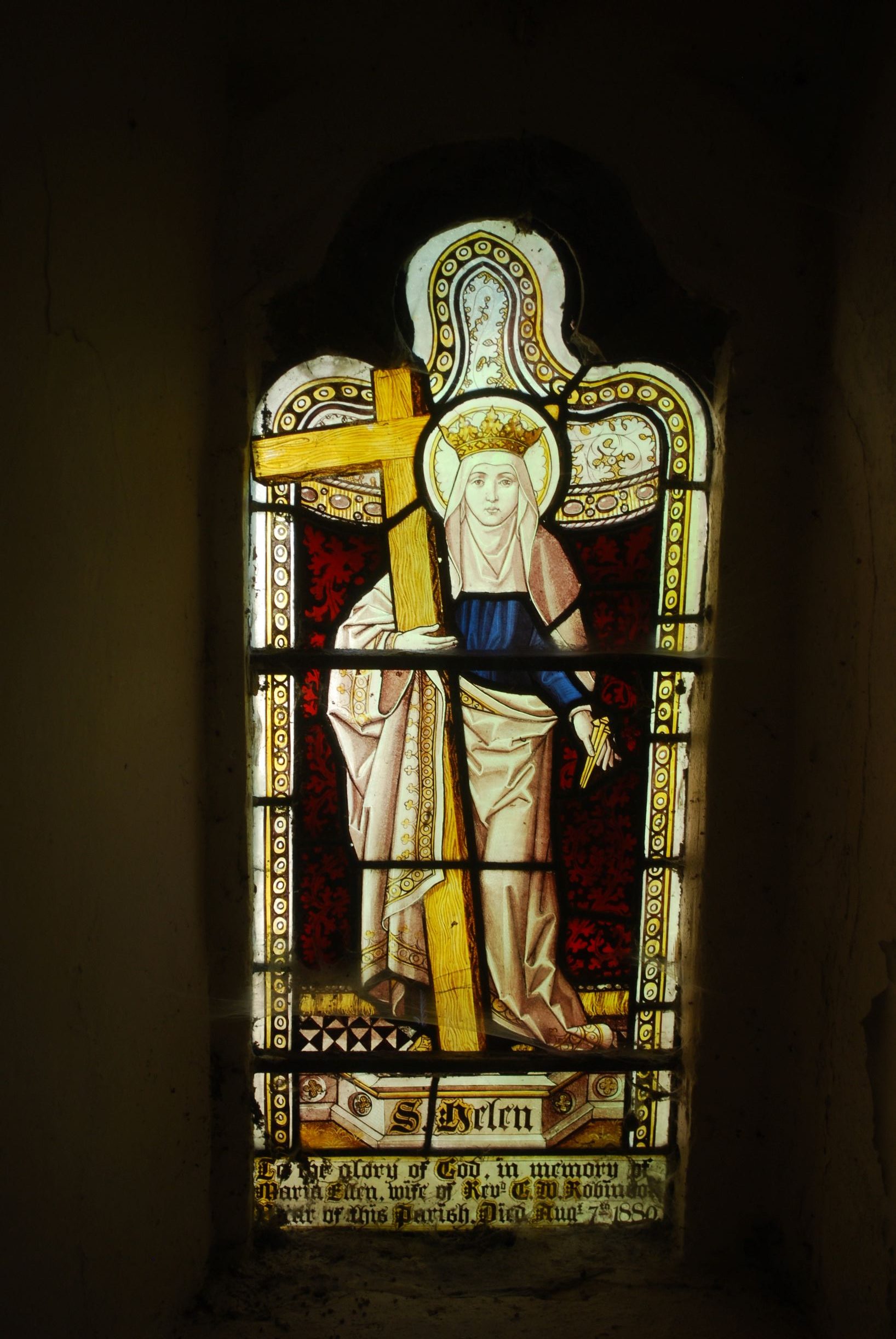 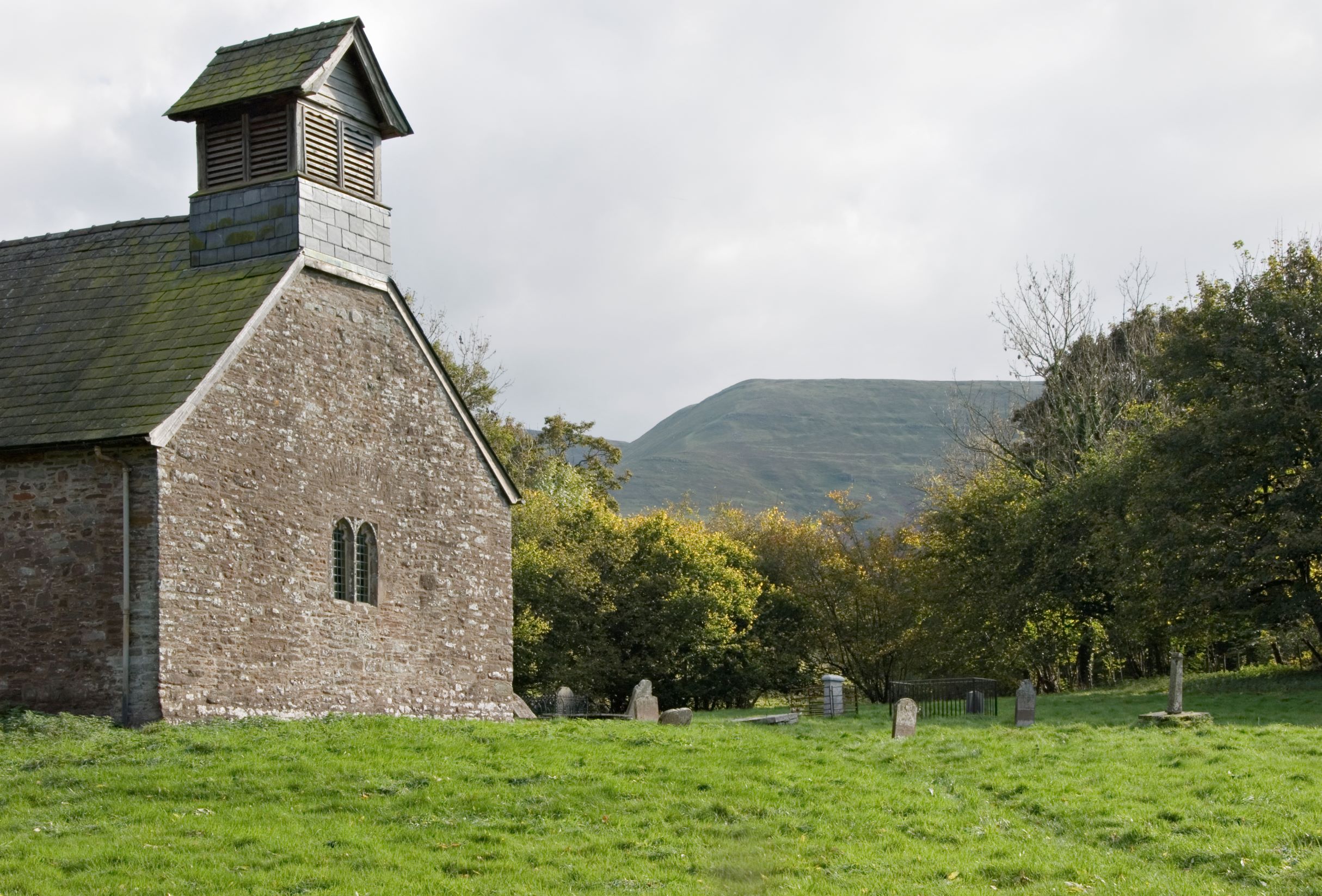 The small settlement of Llanelieu, Powys, deep in the Black Mountains, is named after St. Ellyw. Some people also connect Llanelli in Carmarthenshire and Llanelly in Monmouthshire to this mysterious female saint.

Tradition has it that Ellyw was a 5th century princess, a granddaughter of the legendary King Brychan of Brycheiniog (Breckonshire (now Powys and Monmouthshire)).

Early in life, she took a vow of chastity, dedicating her life to Jesus. But her family did not accept this and arranged to marry her to a prince. 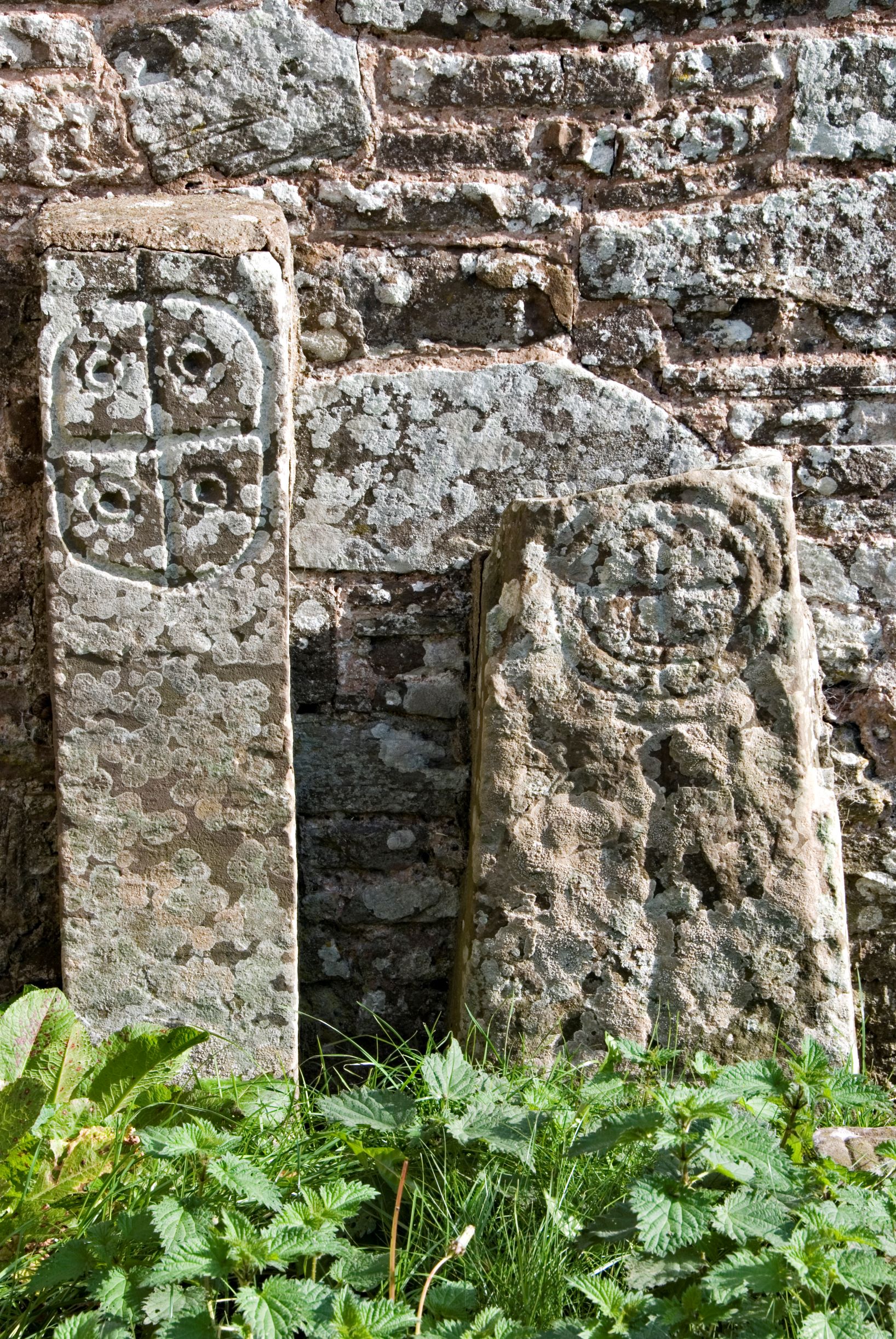 So Ellyw fled the kingdom – and her family. She wandered alone over the hills, from village to village. But the villagers feared the King and refused to help her. Eventually, Ellyw found a small hut in Brecon and lived there in isolation.

Soon though, she was hunted down by her intended, who demanded that she return at once and obey the orders to be married. But Ellyw was resolute, sure of her mind, and refused. In a rage, her rejected suitor cut her head off.

Legend tells us that a spring burst through the earth at the point where her head fell. And that the villages that turned her away suffered a series of disasters for years to come.

In the 12th century, a solemn feast in her honour was held every August at the mountaintop chapel in Brecon where she had been murdered –  attended by people far and wide seeking relief from disease. Gerald of Wales described the remarkable scene: ‘You may see men or girls, now in the church, now in the churchyard, now in a dance, which is led round the churchyard with a song, on a sudden falling on the ground in a fit, then jumping up as in a frenzy, and representing with their hands and feet, before the people, whatever work they have unlawfully done on feast days.’1

The 13th century church dedicated to St Ellyw sits in Cwm Rhyd-Ellywe within an oval, walled churchyard indicative of pre- or early Christian origins, and in the churchyard are pillar stones inscribed with simple Celtic-type crosses that could date to Ellyw’s time. 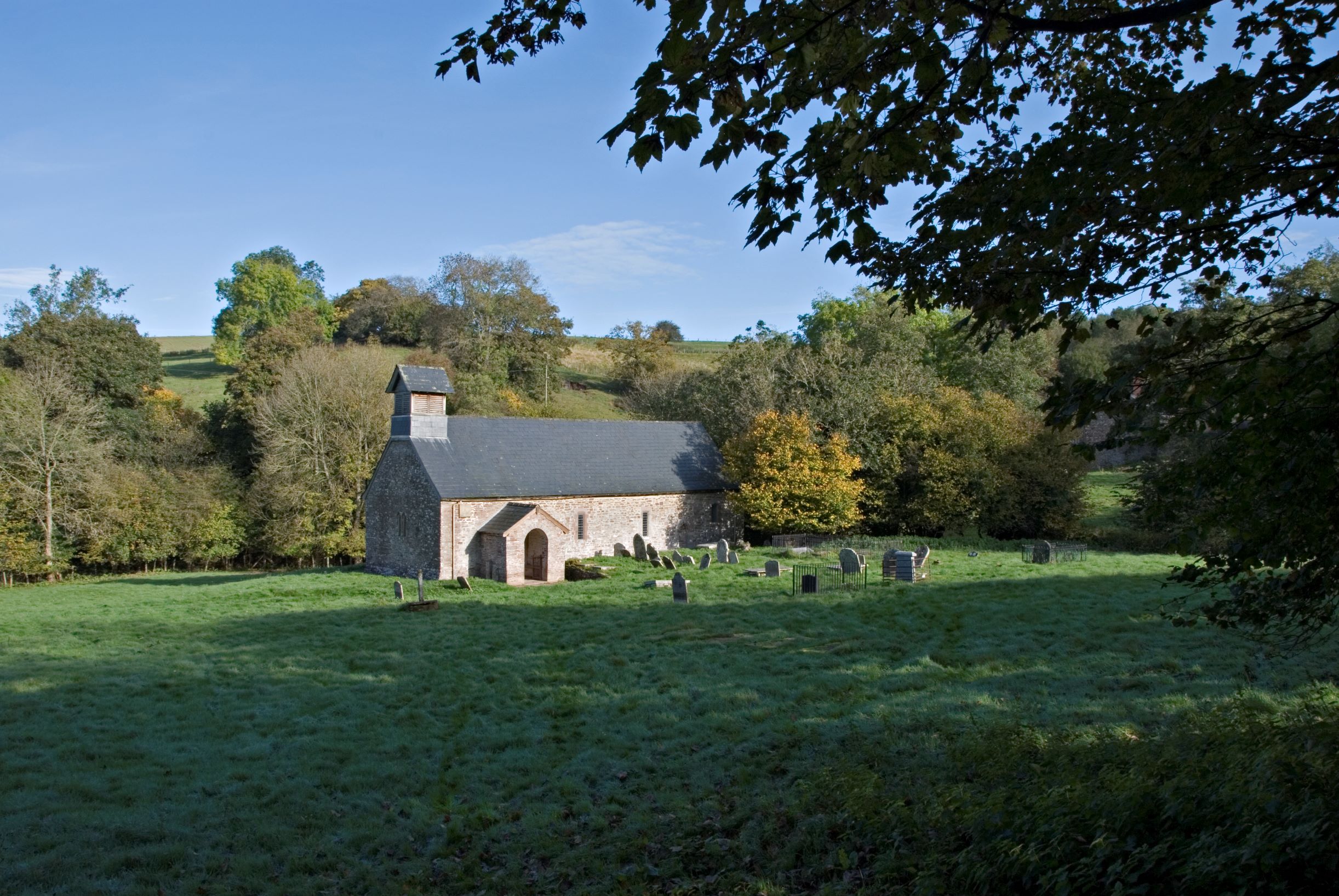 In the East Riding of Yorkshire on the banks of the River Ouse, St Helen’s, Barmby on the Marsh now overlooks Drax power station.

A chapel has been on this site since 1388, and the congregation petitioned Rome for permission to build a larger church in 1489. Some of that building still forms part of the church today.

The church is dedicated to St Helen of the True Cross. St Helen (or Helena) was the mother of Roman emperor Constantine the Great, the first emperor to profess Christianity. But she wasn’t a noblewoman. Nor was she simply the mother of a great man. Her story is quite extraordinary.

Flavia Julia Helena, a native Greek, was born in about 246 AD, possibly in Asia Minor. According to 4th century sources she was a stable-maid or innkeeper when she met the Roman emperor Constantius I. She became his wife (perhaps not officially) and they had a son, the future Emperor Constantine. However, soon afterwards, Constantius divorced Helen in favour of a wife with higher social status. Nevertheless, when Constantius died in 306, Constantine was proclaimed Augustus (emperor) of the Roman Empire. Soon, Helen returned to the Imperial court, was titled Augusta Imperatrix, and converted to Christianity.

In 324, Constantine tasked his elderly mother with the job of locating Christian relics, and gave her unlimited funds to carry this out. Helen set off on a pilgrimage to the Holy Land, founding and restoring churches, and carrying out acts of charity along her route. Her mission took her to Jerusalem, where Hadrian had built a temple to Venus over the supposed site of Jesus’s tomb. She ordered the temple to be pulled down, and she began to excavate …

Under the ruins of the temple, Helen discovered three crosses, but which, she wondered, had been used for Jesus’ crucifixion? A dying woman was brought to the site to ‘test’ the crosses. After touching two of them, her condition was unchanged, but the third cross produced a miracle; when she touched it, she was fully recovered. This was proof to Helen that she had discovered the True Cross. Constantine ordered the Church of the Sepulchre to be built on the site.

After three years of travel, and a lot of legend-making, Helen returned to Rome with parts of the True Cross and other relics. By then she was in her eighties. Helen died in 330 AD and was buried in the Mausoleum of Helena; a sarcophagus purported to be hers can be seen in the Vatican and her alleged skull is on display in Trier Cathedral in Germany. Helen assumed sainthood hundreds of years before formal canonization was instituted. 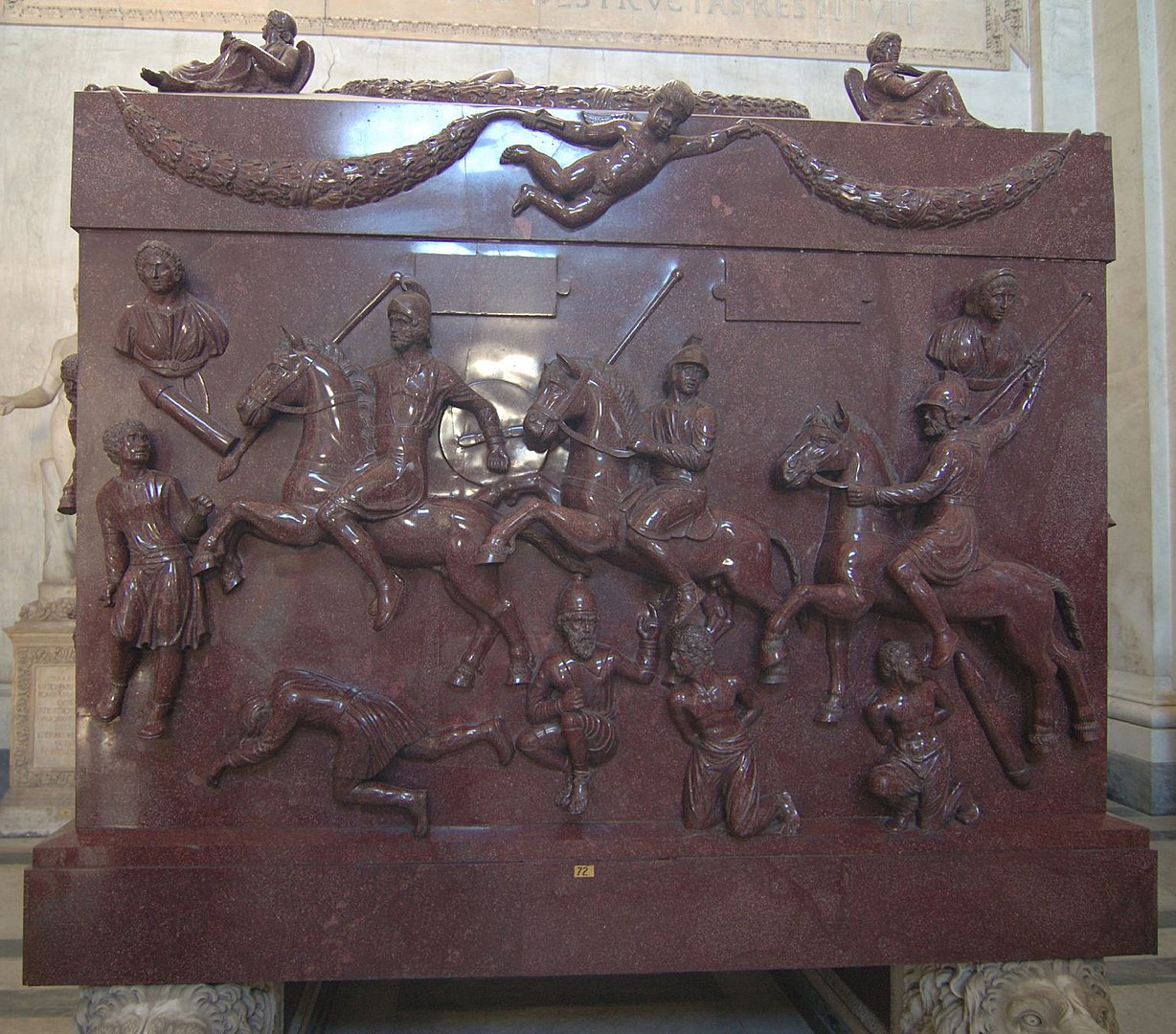 The sarcophagus of St Helen, in the Sala a Croce Greca of the Pio-Clementine Vatican Museum.2 The military imagery has made some question whether this is indeed Helen's tomb.

Fast forward to the medieval era, and Helen’s legend took a new turn, thanks to Geoffrey of Monmouth, who also created the myth of King Arthur. Geoffrey made the bizarre claim that Helen was in fact the daughter of the British ‘Old King Cole’, and also that Constantine had picked up Christianity in Britain. Helen became a popular character in chivalric romances, and a much-venerated saint across England, where many churches were dedicated to her, particularly in Yorkshire.

At Barmby on the Marsh church, you’ll find a small but powerful depiction of St Helen in the southeast nave window, possibly by Burlison and Grylls.

Learn more about St Helen's, Barmby on the Marsh, Yorkshire 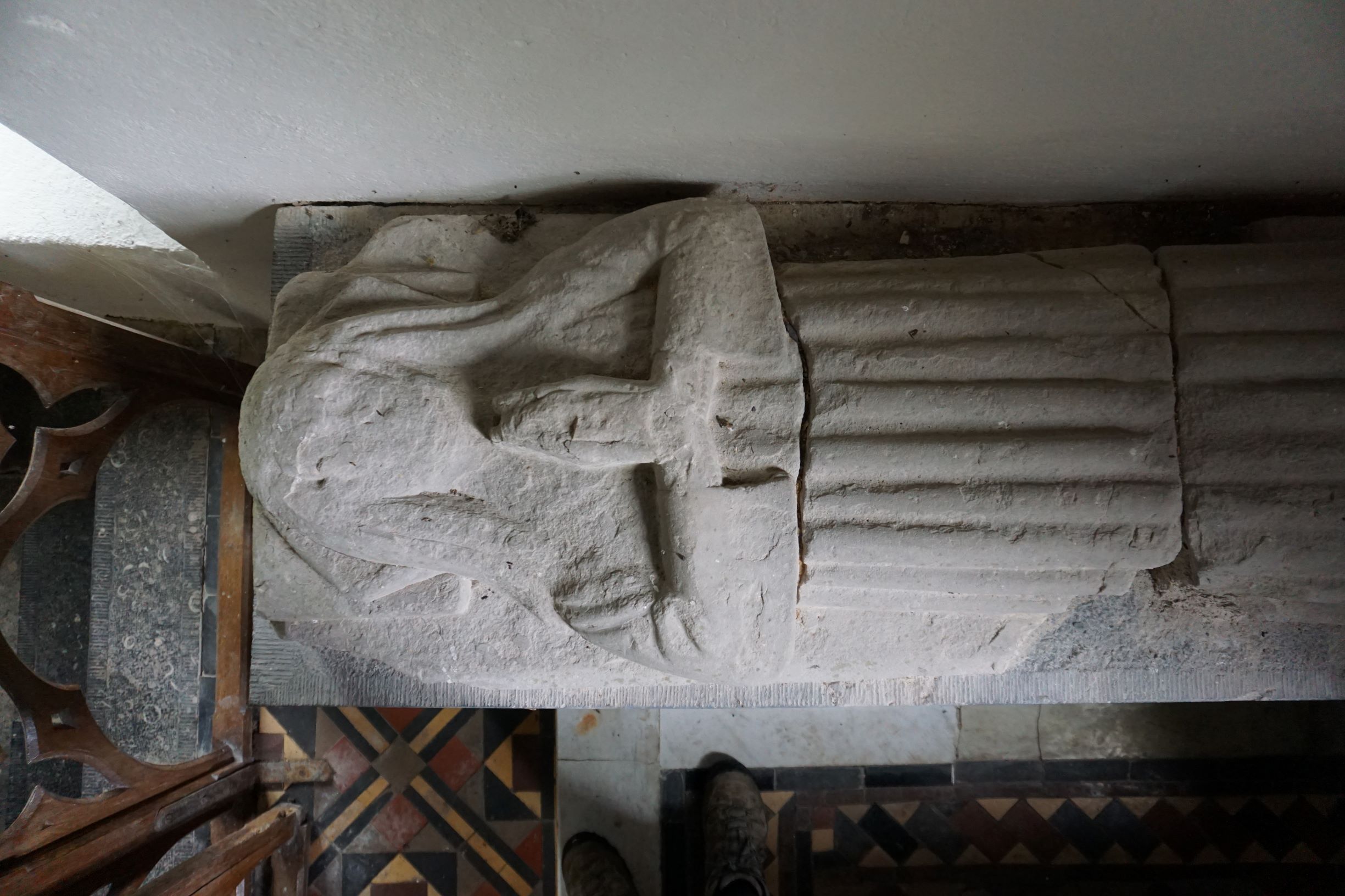 The rural church at Llandawke, Carmarthenshire, just a mile or so from the bustle of Laugharne, was originally dedicated to St Oudoceus (or Odoceus) but is also known as ‘St Margaret Marloes’’.

In the 19th century, a large, weather-worn 14th century effigy was rescued from the churchyard and brought inside. It’s thought that this effigy was originally housed in the now-empty tomb recess in the chancel west wall, and that it commemorates St Margaret Marloes (or Marlo). However, her name doesn’t appear in any Calendar of Saints. So who was she?

Margaret Marloes is thought to be the niece of Sir Guy de Brienne (or Bryan), Marcher Lord of nearby Laugharne. It seems that Guy’s sister Margaret married Sir Robert Marloes, and Margaret Marloes was their daughter. However, the family tree is somewhat hazy.

Like many medieval women from noble and land-owning families, Margaret dedicated herself to the religious life, and she seems to have founded a beguinage - a community of like-minded women who lived and worked together without taking vows or withdrawing from the world. Their sisterhood belonged to no religious order. This type of female community was probably not unique; according to Dr. John Morgan-Guy, ‘what she undertook at Llandawke is perhaps indicative of a kind of local initiative which was more widespread in Welsh rural parishes than has hitherto been recognised.’3

Margaret seems to have been acclaimed locally as a saint. It’s very possible that a cult grew around her achievements, focused on her effigy at St Oudoceus’. However, she does not seem to have been actually canonised, and has no saint’s day. Adding to the confusion, nearby St Cyffig's Church, Eglwyscumin is also known as ‘St. Margaret’s’. Both of these churches have circular/curvilinear churchyards (suggesting very early foundations) and similar Ogham-Latin stones dating to the 5th-6th centuries.

Margaret’s effigy depicts her clasping something to her chest - and is, curiously, broken into three pieces. Find out more about Margaret, the object she holds, and the legends about her broken effigy, in a 2019 blog post by Dr John Morgan Guy. 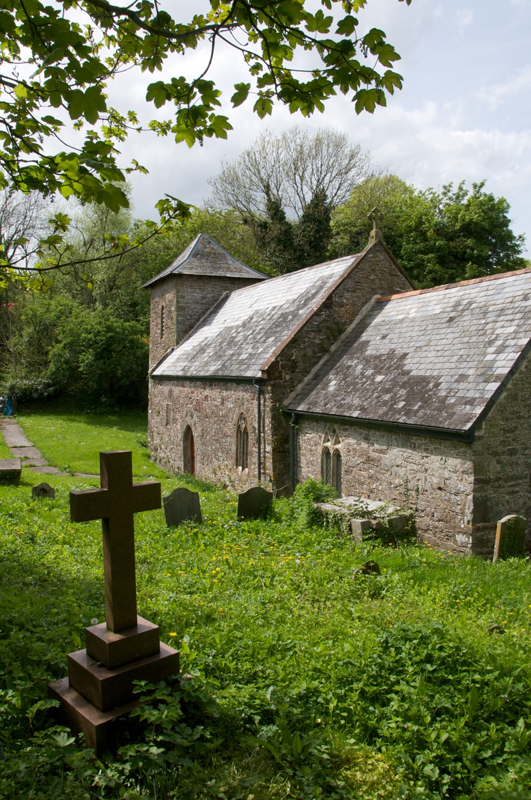