St Beuno's at Penmorfa, Gwynedd showcases the talents of two women artists and artisans: Jean Howson — a well-known stained glass artist and conservator, and Constance Greaves — a woodcarver of whom very little is known. Both of these highly skilled craftswomen were also involved in causes that supported women and girls.

Evidence of women working on the fabric of churches is rare, especially before the late 19th century. But one woman left her name on the rooftop of St Mary's, Caldecote in 1736. Could she have been a lead worker? 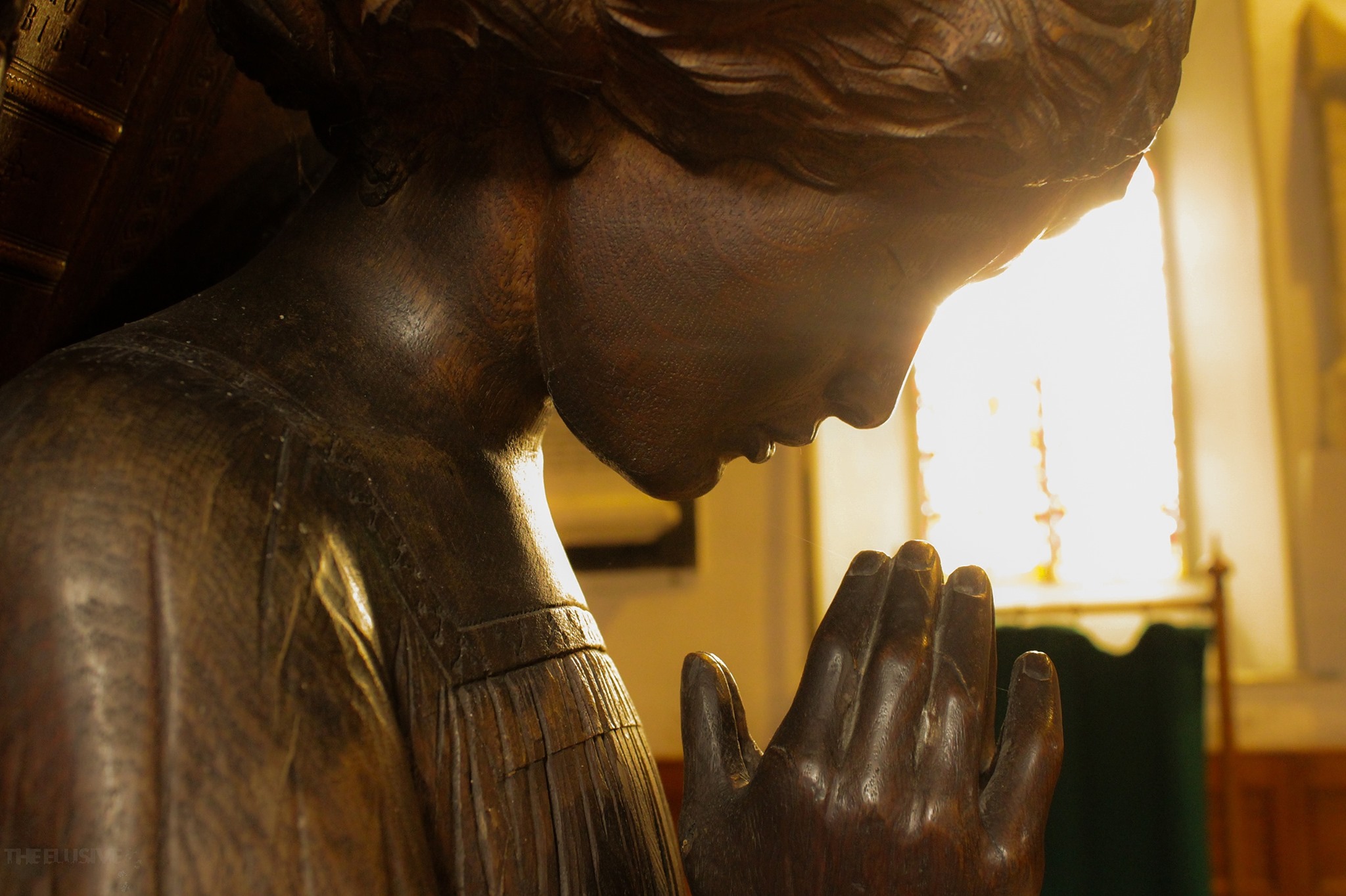 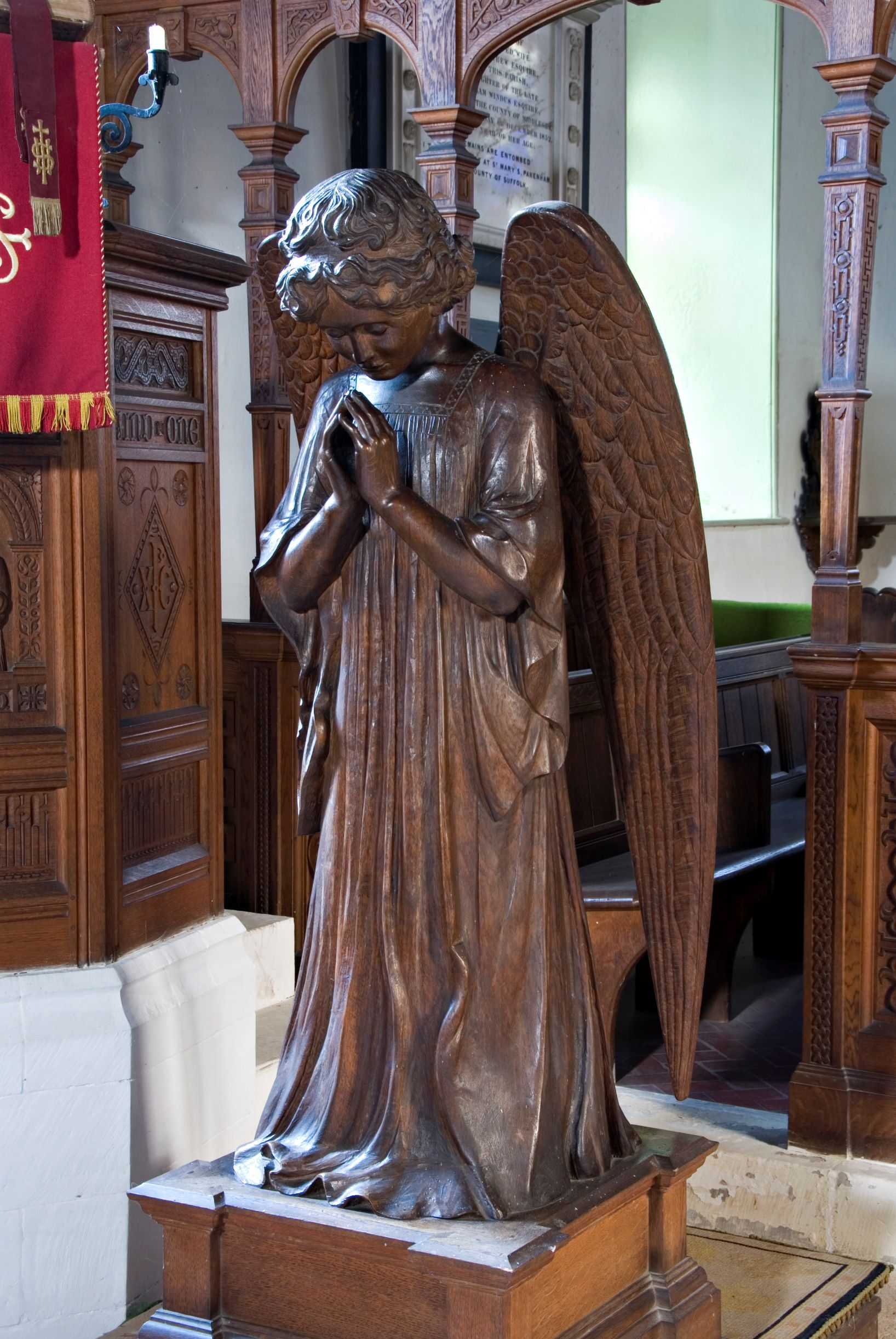 Constance Greaves is a bit of a mystery.

When the church of St Beuno in Penmorfa reopened after a major restoration in 1899, The Cambrian News (27th April 1899) described how 'The inside of the church is a model of architectural beauty. All the woodwork, including the pulpit and handsome screen have been skilfully carved by Miss Constance Mary Greaves who has been engaged on the work for some two or three years. One of the five panels is a representation of St Beuno'.

Who was Miss Greaves? And did she create the beautiful oak lectern with its almost man-sized carved wooden angel, and the animated eagle on the font cover, as well as the decorations described in the newspaper?

We’ve been able to piece together some more information about her life:

Constance Mary Dugdale was born in Manchester in 1862. She grew up in true Downton Abbey style - the upstairs part - in Wroxhall Abbey in Warwickshire. The original priory dated to the 12th century, with a new house built in the Elizabethan era, but Constance’s father, High Sheriff of Warwickshire, knocked down the manor and built a new one in grand Victorian gothic style. Today it is a 72-bedroom hotel. 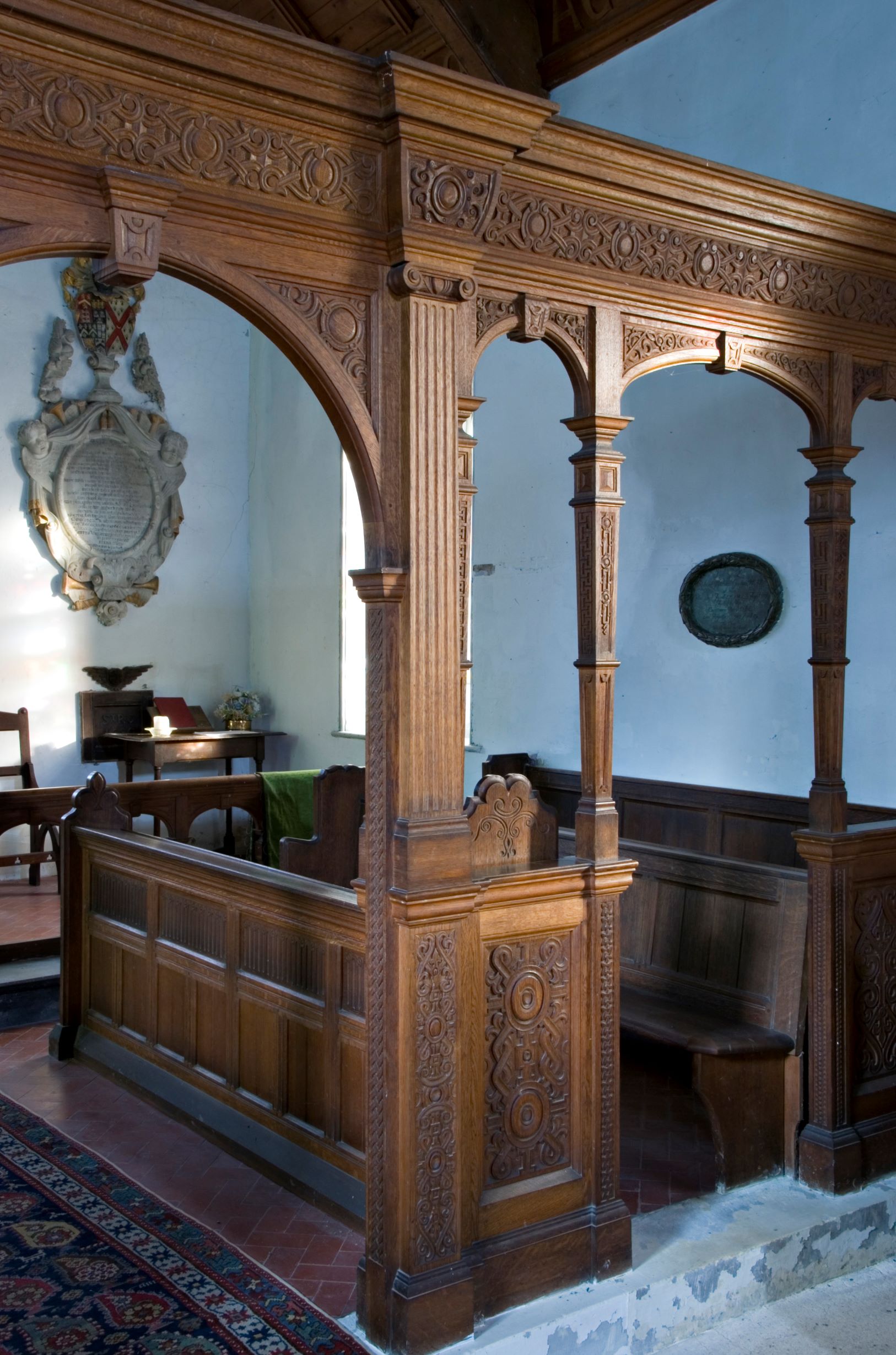 In 1883, Constance married Richard Methuen Greaves, a North Welsh slate quarry proprietor. He acquired the Wern estate at Tremadog in 1886 and in about 1899 also bought the historic Brynkir estate at Dolbenmaen in Caernarvonshire. Richard had a passion for engineering, and served as Chairman of Ffestiniog Railway for many years. There was also artistic talent within the Greaves family; Constance and Richard’s nephew was Clough Williams-Ellis, the architect who designed Portmeirion.

In the 1890s, Richard M. Greaves was the patron of the restoration of Penmorfa’s church. The work was carried out by John Douglas of Chester, who worked from the Greaves’ home, The Wern.

Meanwhile, his wife, not Miss Constance Greaves but Mrs Constance Greaves, worked on the church’s interior fittings, including the Jacobethan-style arcaded chancel screen and octagonal panelled pulpit. Thanks to new information from her descendants, we now know that she did not carve the eagle font-topper, but she did indeed carve the angel lectern, using a live model.  She also created a Jacobean-style pulpit for St Mary’s, Tremadog (now in use as offices), in 1895, as well as small pieces for her home, Wern Manor. Unfortunately we still know nothing concrete about how Constance Greaves learned her craft (though we've been informed that she may have had a German teacher), or if there are other examples of her work. There are many more questions to be answered. 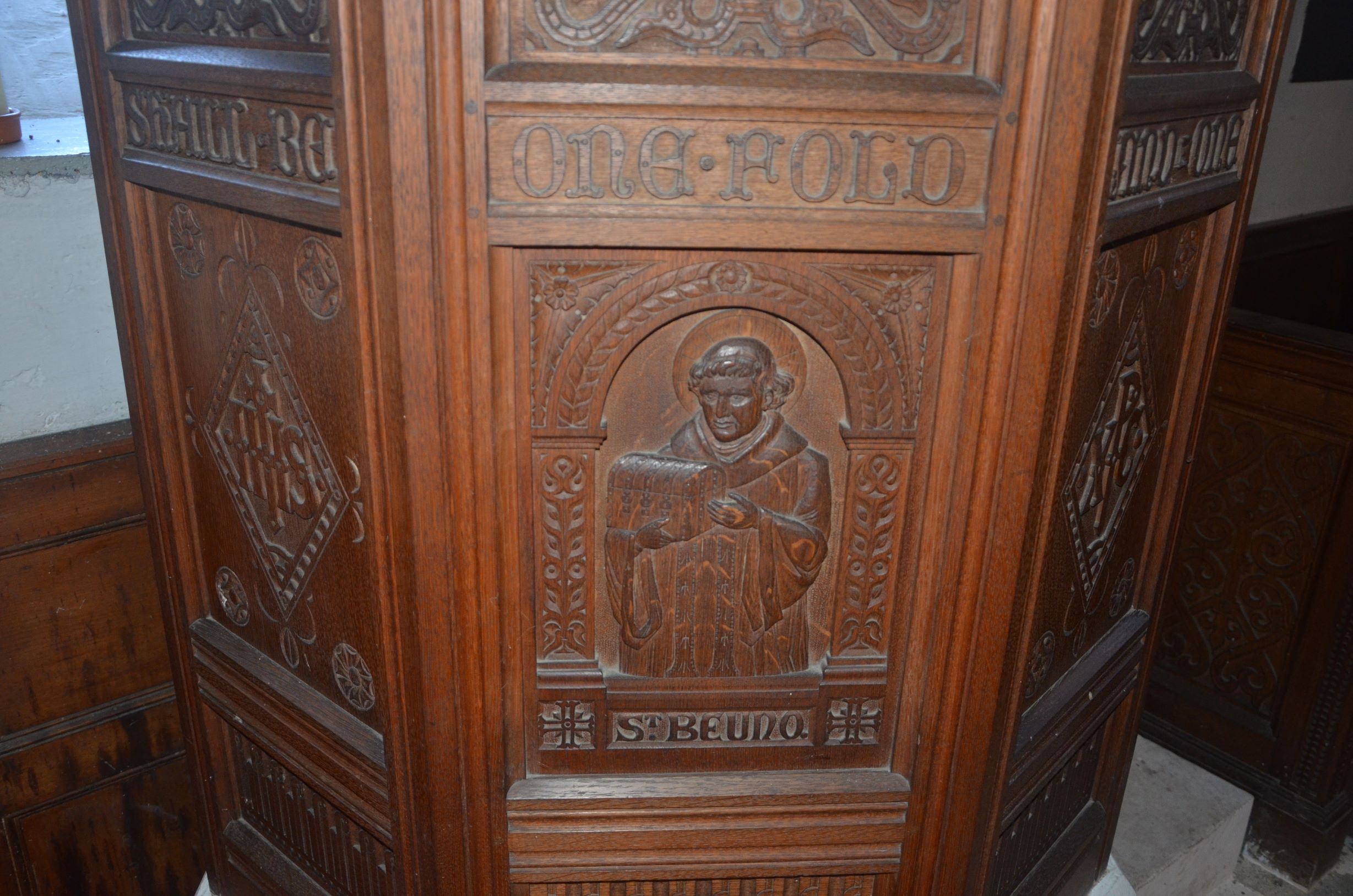 St Beuno’s reopened in 1900 with an English service in the morning, Welsh in the afternoon, and Constance Greaves at the organ.

In 1912, Constance was the head of the local committee of the Girls’ Friendly Society, which aimed to give working class girls holidays at the seaside. The committee attempted to purchase the holiday home of Lloyd George (who was at that time Chancellor of the Exchequer). Lloyd George had advocated for better housing conditions for the working classes. However, local business owners signed a petition against her plans, and eventually Lloyd George himself refused to allow ‘such an institution’ to deprecate his property.

During the 'Great War', Constance and Richard Greaves allowed their house to be used as a hospital for recuperating soldiers. The housekeeping and all the business of Wern Hospital was conducted by the Matron - Constance herself. Due to this volunteer work, her name is listed on a Roll of Honour that was originally on display in Bethel Chapel, Penmorfa. Constance Greaves continued to be involved with the Red Cross into the 1920s.

Constance Greaves was recorded in the 1939 Register (a type of census) as a ‘Housewife’. She was buried at St Beuno’s in 1947. 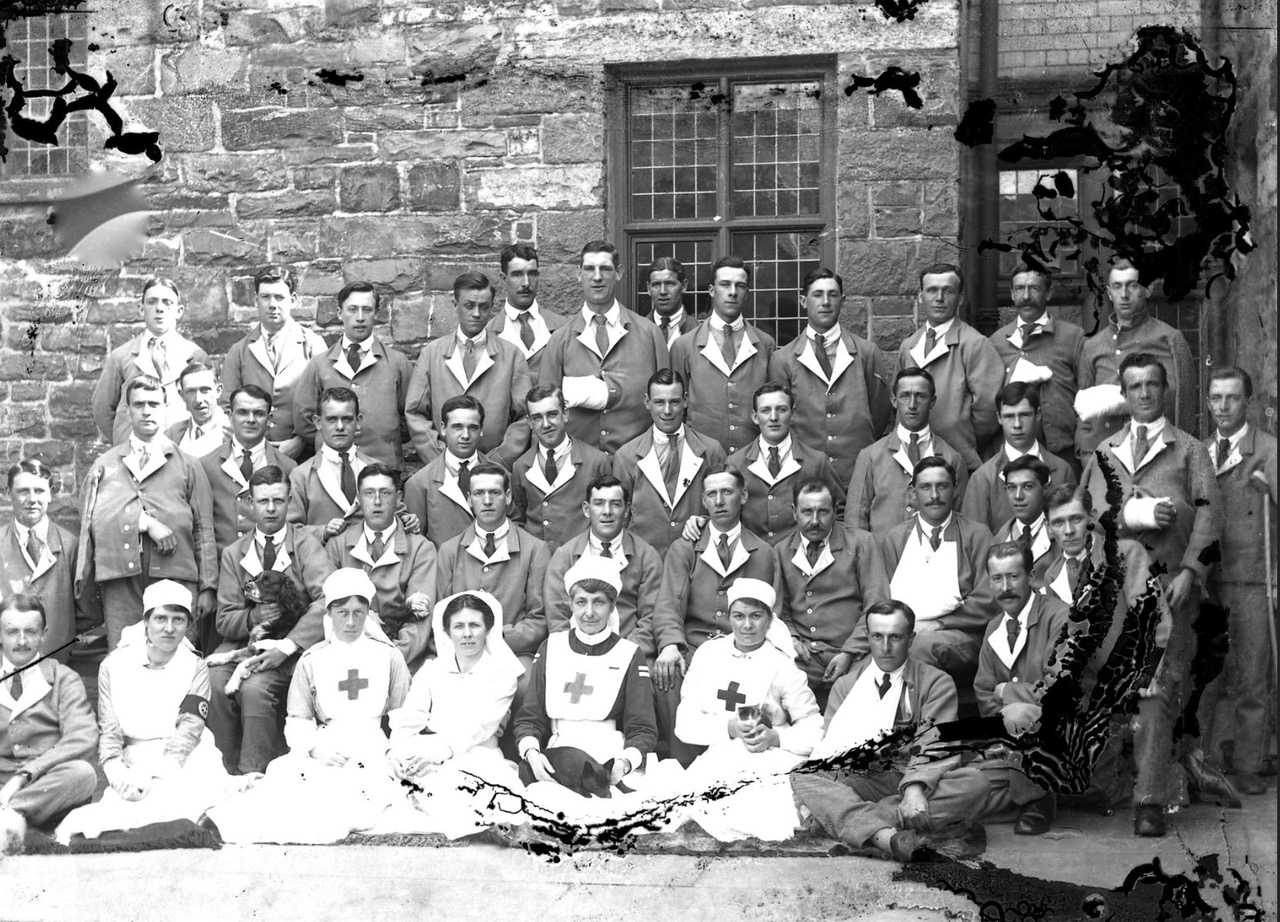 Soldiers at Wern Hospital, with Matron Constance Greaves (and her dog) in the centre front.1 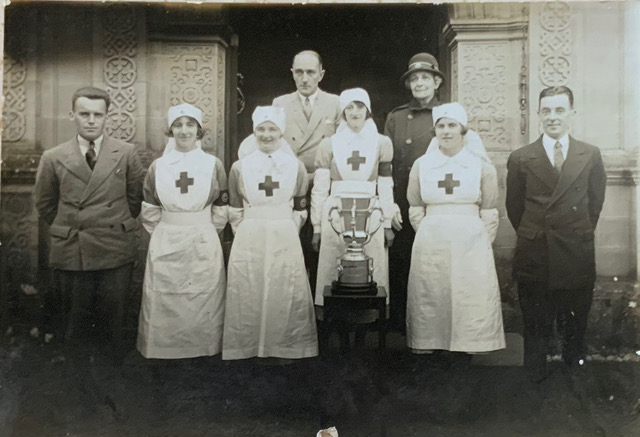 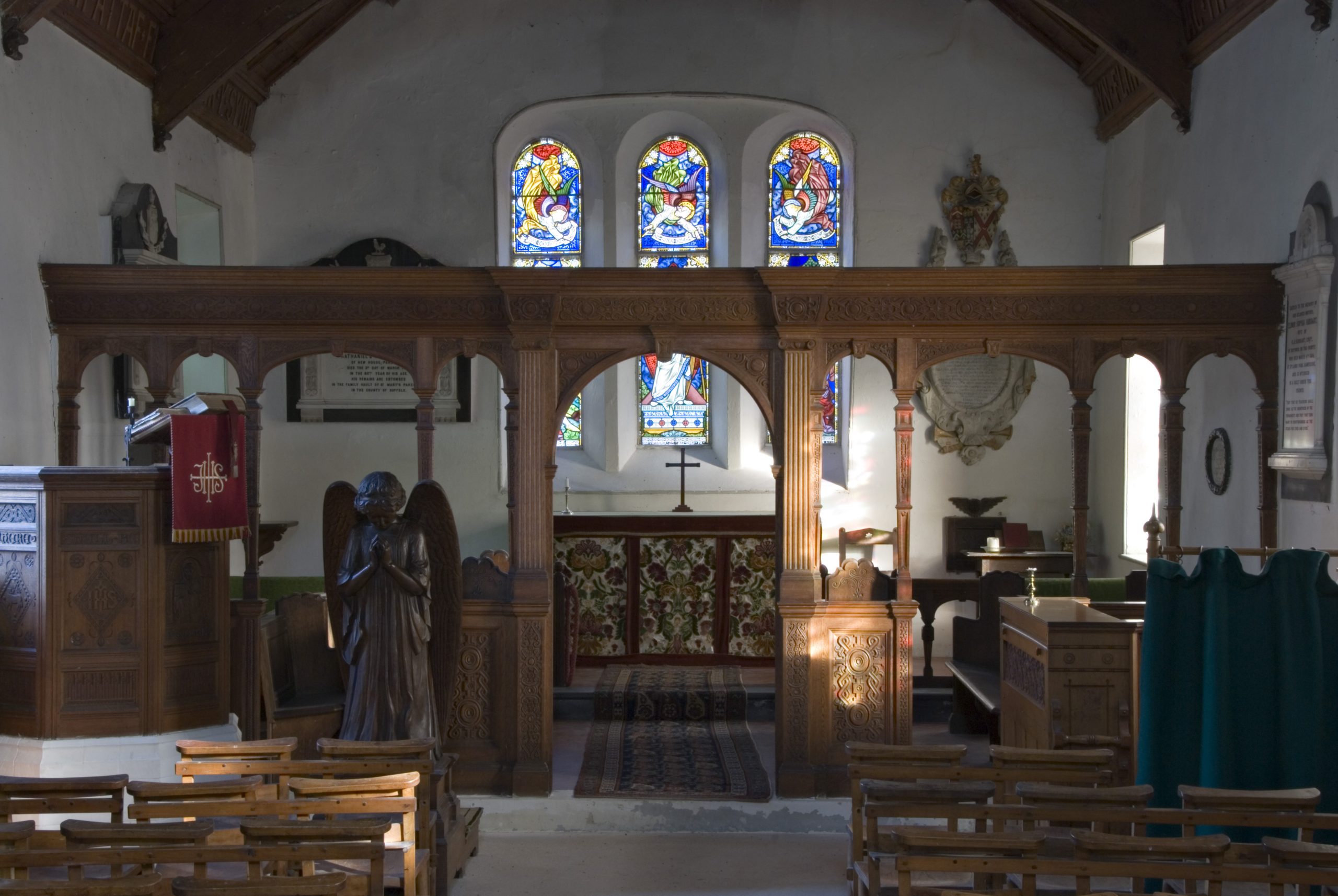 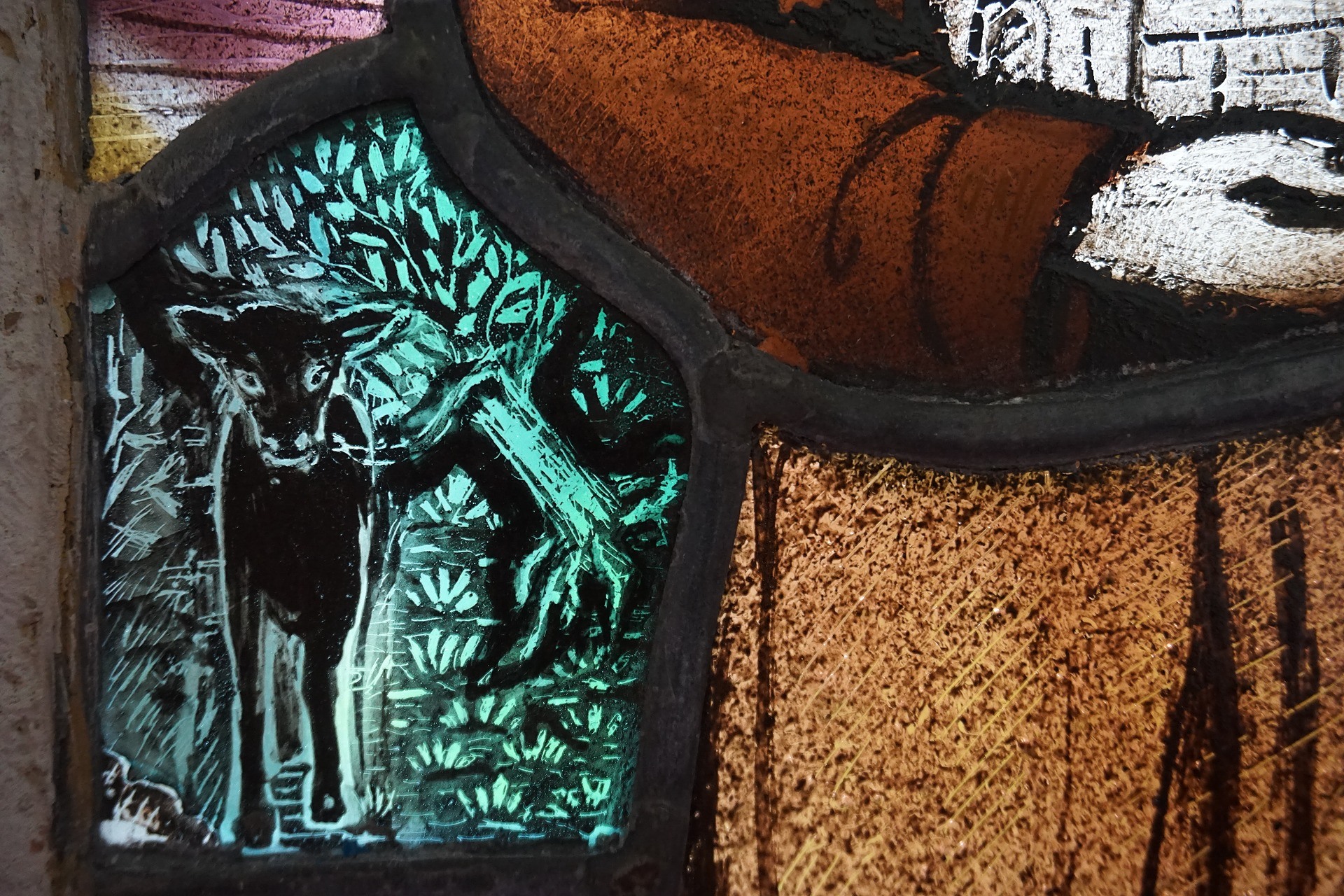 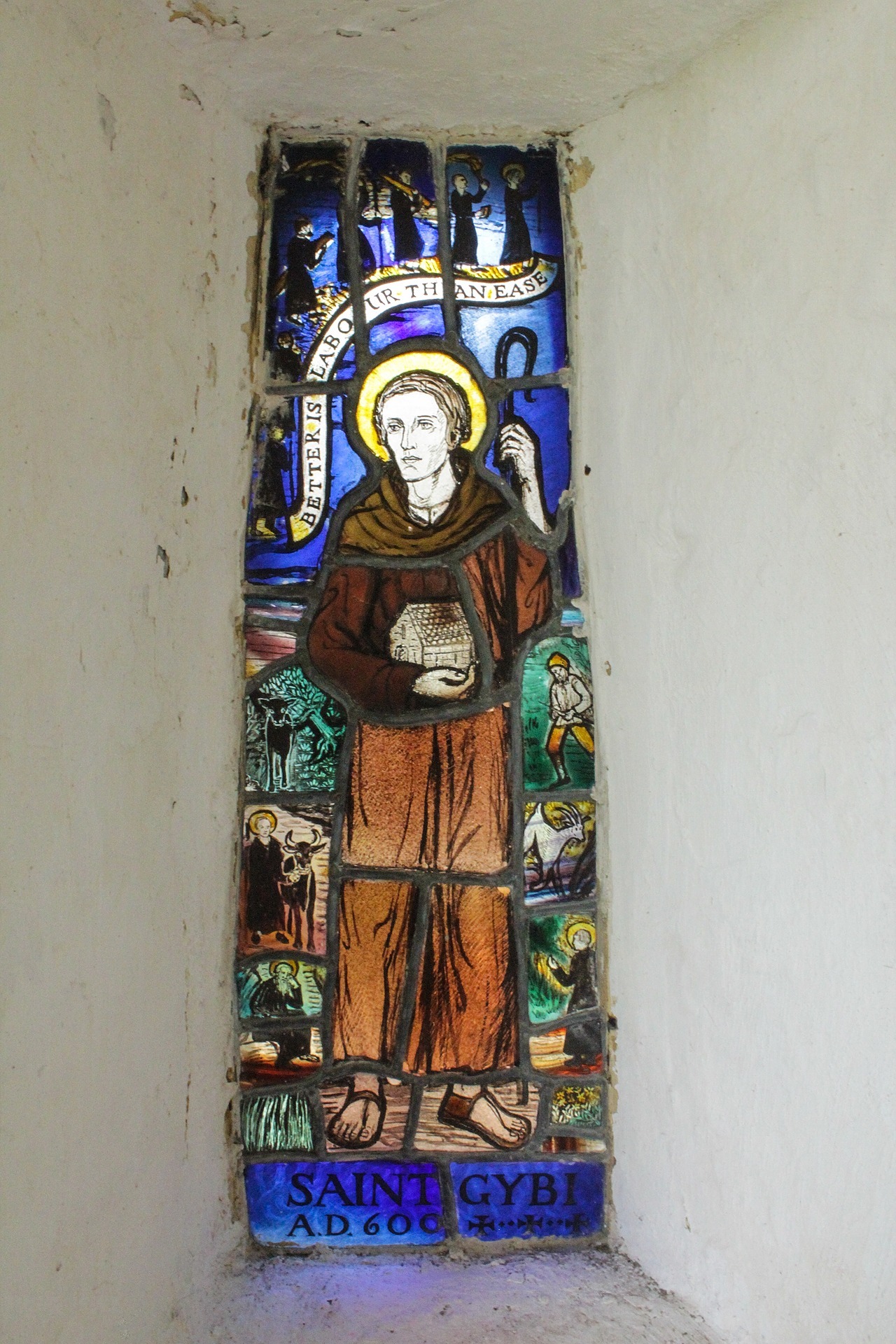 Joan was born in Flintshire; her father was an Archdeacon and her mother, the daughter of an Archdeacon. She trained at the Liverpool School of Art from 1909-1912, and also studied music in Paris, before becoming apprenticed to stained glass artist Caroline Townshend at The Glass House studios in London.

Joan Howson and Caroline Townshend were both suffragettes and involved in the socialist movement; Townshend was also a member of the Fabian Society. During WW1, Joan worked in a hospital laundry and joined a Quaker group doing work in northern France.

In 1920 Caroline and her apprentice became business partners as Townshend and Howson, setting up a studio in Putney. The stained glass at Penmorfa was made by Howson during the interwar period.

During the 1939-1945 war Joan helped refugees and evacuees from the Liverpool area.

Later in her career Joan Howson continued to produce new windows but also became known for her expert restoration of medieval glass, and was commissioned by Westminster Abbey to restore windows damaged during WW2.

To see more examples of Howson's windows in Wales, and for further reading about her work, visit Stained Glass in Wales/Gwydr LLiw yng Nghymru. 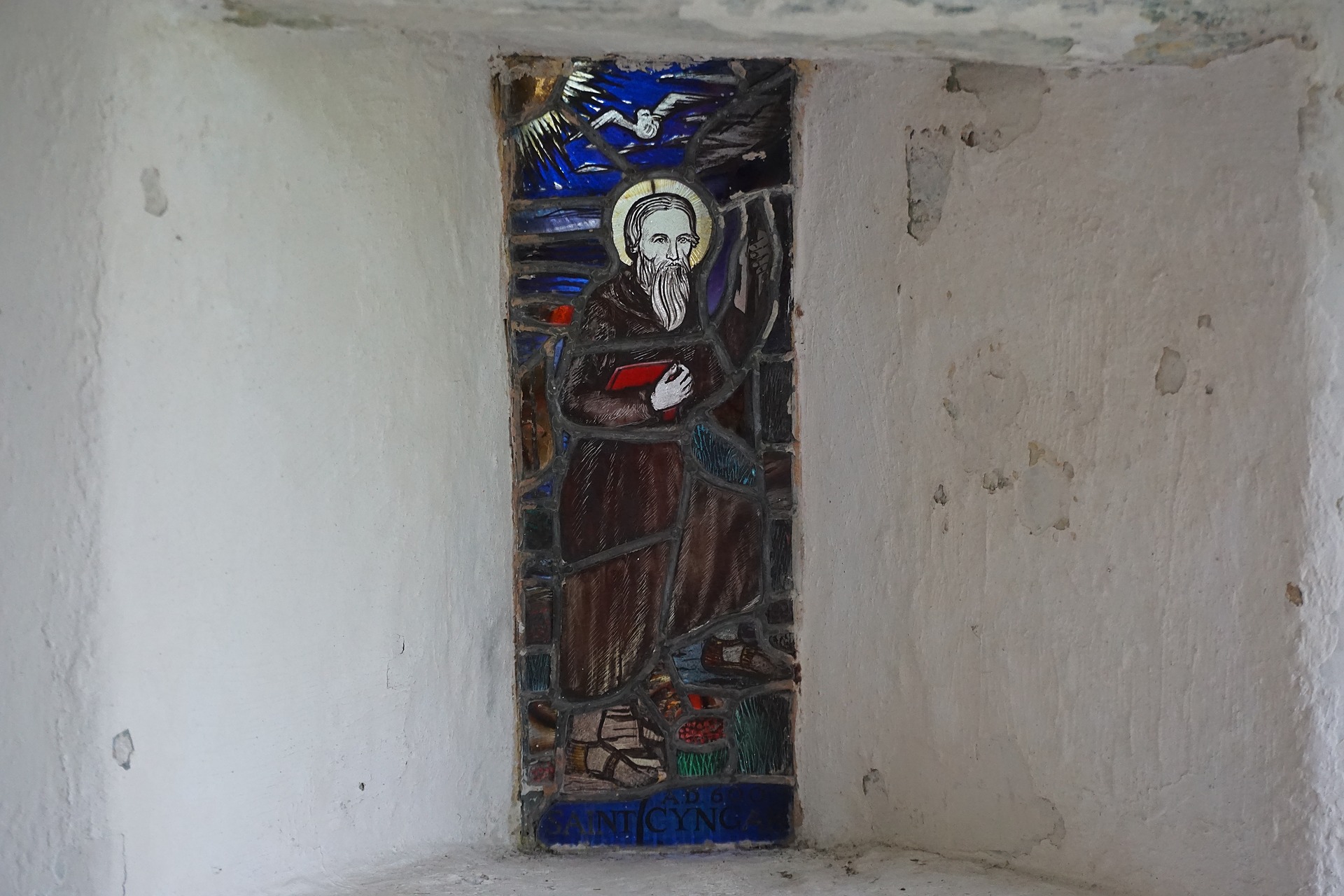 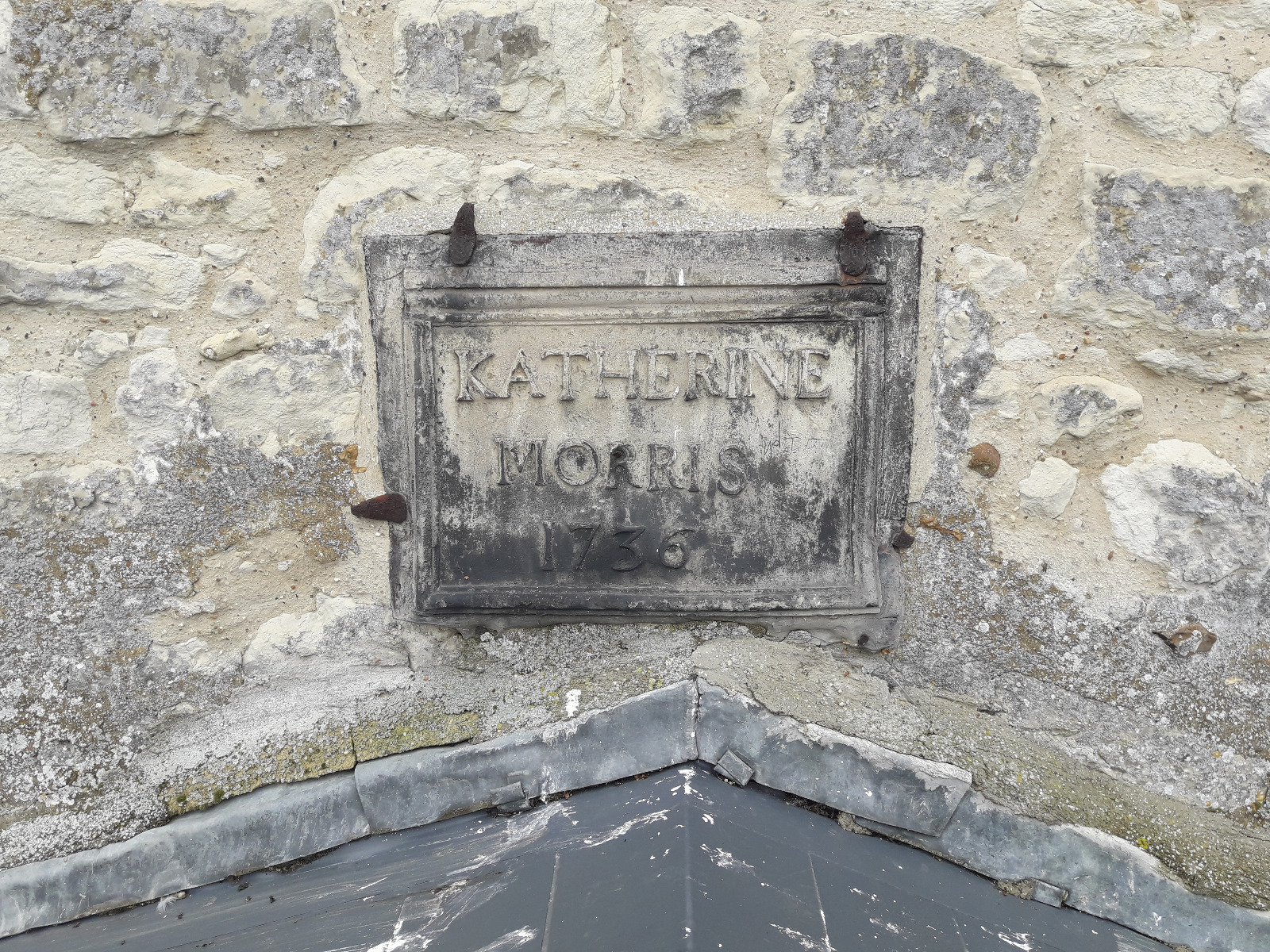 Just above the pitch of the roof at St Mary Magdalene, Caldecote, a small plaque records the name of Katherine Morris in 1736.

The roof was once covered with lead (now terne-coated steel). Was Katherine a lead worker? In the 18th century it wasn’t uncommon for widows to take on their husband’s business in any trade, whether performing the work themselves, or as the business owner.

Or, could Katherine have been a church warden? There are other examples of church wardens inscribing their names onto rooftops, as well as many other locations within a church building. Also, we know that in the 1700s, St Mary’s had a female parish clerk.

Either way, Katherine was a rarity as a woman performing a traditionally male role, and she clearly had great self-confidence.

Unfortunately no churchwardens’ accounts from St Mary Magdalene’s have survived. But we hope that with some more research we will be able to find out more about Katherine Morris.

With thanks to Ifor Williams for translating Welsh newspaper articles, and to David Williams-Ellis, Constance's great grand-nephew, for confirming that Constance carved the angel.