In the penultimate blog in this Year of Discovery series celebrating people connected with our churches, Friends' Trustee Dr John Morgan Guy explores the Gothic fantasies  of Sir Thomas Lloyd, through the buildings he created, including our own church at Meline in Pembrokeshire.

Bavaria had its ‘mad’ King Ludwig II (reigned 1864-86), builder of the fairy-tale castle of Neuschwanstein – begun in 1869, but unfinished at his death; Glamorgan had the 3rdMarquess of Bute, one of the richest, if not the richest man in Queen Victoria’s realm, and creator, with his architect William Burges, of the dream castles at Cardiff and Castell Coch.

Well, Ceredigion and Pembrokeshire had Thomas Davies Lloyd (1820-77), self-styled 25th Lord Marcher of Cemais. All three embraced the romanticism of the Gothic Revival with the greatest of enthusiasm, but Lloyd did not have the deep and almost inexhaustible pockets of the other two (though King Ludwig almost emptied the royal treasury).

The Lloyd family had been long established in West Wales, and claimed descent from the Norman knight Martin de Tours, who had carved out a baronry for himself and erected a castle at Newport in Pembrokeshire. When Thomas Lloyd inherited the estates he set upon Bronwydd in Ceredigion (pictured below) as his home at, and immediately began transforming the modest 18th century house into a Gothic castle, aided and abetted by his architect R K Penson.

Between 1853 and 1856 there arose at Bronwydd a gothic fantasy, said by some to be inspired by the Rock of Cashel in Ireland, but described by Thomas Lloyd himself as ‘a romantic Rhineland castle with patterned roof-tiling’. Splendidly and dominantly sited overlooking the river Afon Cynllo (here doing duty for the Rhine), Bronwydd, with its towers and turrets, baronial hall, lavish interior with mural paintings and stained glass, was a fitting home for a Lord Marcher of Cemais.

But Lloyd was not satisfied with this. Again with Penson as his architect, in 1859-60 he embarked on the building of a house within the surviving walls and towers of Newport Castle, having already (1852) with Penson erected a manorial courthouse for his barony at Felindre Farchog, in Tudor Gothic style. Happily, the work at Newport and Felindre still survives; that at Bronwydd does not. Sold by his heirs in 1937, little now remains, and that a ruin.

Photo below, shows Bronwydd Castle in 2009 (c) Broomwicks on FlickR

What concerns us is not so much his castles and courthouse, but Lloyd’s work of rebuilding and restoration of the churches within his lordship. With his neighbour, Gwinnett Tyler of Mount Gemos (like Bronwydd, now all but vanished) in 1867 he embarked on the rebuilding of the church at Llangynllo, prominent across the valley from the windows of Bronwydd, with John Middleton of Cheltenham creating a splendid High Victorian place of worship, with its - still unspoiled -Tractarian and ecclesiologically ‘correct’ interior. Of especial interest to the Friends, into whose care since 2017 it has been entrusted, is St Dogfael’s, Meline (pictured below), which, with the London architect R J Withers (who did so much work in this part of Wales) Lloyd almost entirely rebuilt in 1864-65. It has been called ‘an object lesson in High Victorian solid geometry and minimal extraneous detail’. It is a church, with an exterior and interior almost exactly as Lloyd and Withers left it, of which the Friends is particularly proud. 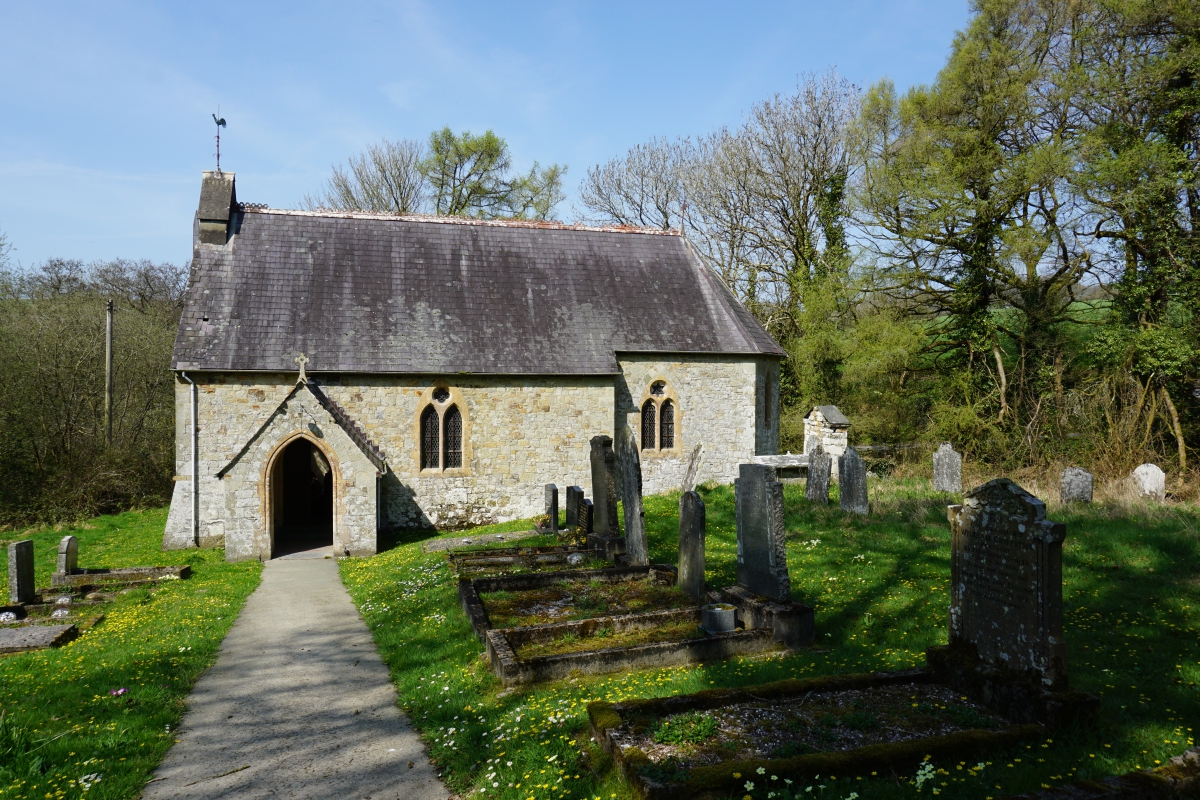 From Gothic fantasy to financial ruin

Sir Thomas Davies Lloyd died in 1877, leaving his estate in debt to the tune of a phenomenal £100,000. Fulfilling Gothic fantasies did not come cheaply. And, although Bronwydd is now little more than a memory, his other works still, fortunately, survive to be seen.

Modest Meline is well worth a visit, as is the adjacent Castell Henllys, the reconstructed Iron Age hill-fort, with its round houses and impressive Visitor Centre. One wonders what the 25th Lord Marcher of Cemais would have made of it.