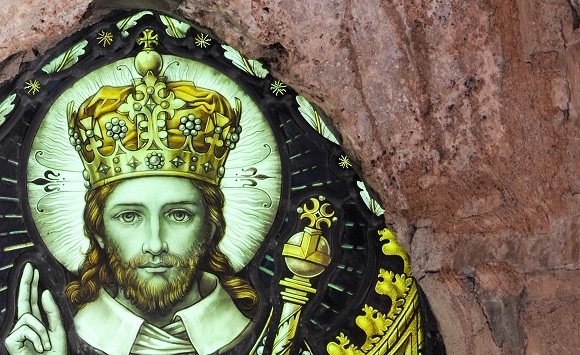 The tiny little church at Llancillo, vested with us in 2007, is probably the most difficult of all our buildings to find - but the search is worth it.

Its name sounds Welsh but it lies on the English side of what is classic Border country. The mound of a long lost Castle is in view from it. The fabric is mostly medieval but like the preaching cross in the churchyard, where only the plinth is original, it was rescued initially, and repaired, a century ago. The parish was transferred from the jurisdiction of St David's to that of Hereford in 1852, and the dedication is to St Peter, with an apparent alternative dedication to St Tyssillio.

Inside the church - the oldest bell in Herefordshire?

Inside the church survives a 13th century bell, believed to be one of the oldest in Herefordshire, although Frederick Sharpe in Vol III (1970) of his Church Bells of Herefordshire suggests it is even older, ascribing it to the second half of the 12th century "as ancient a casting as any found in an English Parish Church today".

The church also retains a 13th century font and a pulpit, mostly of 1632, and an intense East Window placed in memory of Joseph Wheatley, Town Clerk of the City of Cardiff, who lived at Llancillo Hall (a listed early 17th century mansion half a mile to the south west). The window has variously been credited to William Pearce of Birmingham or Jones and Willis.