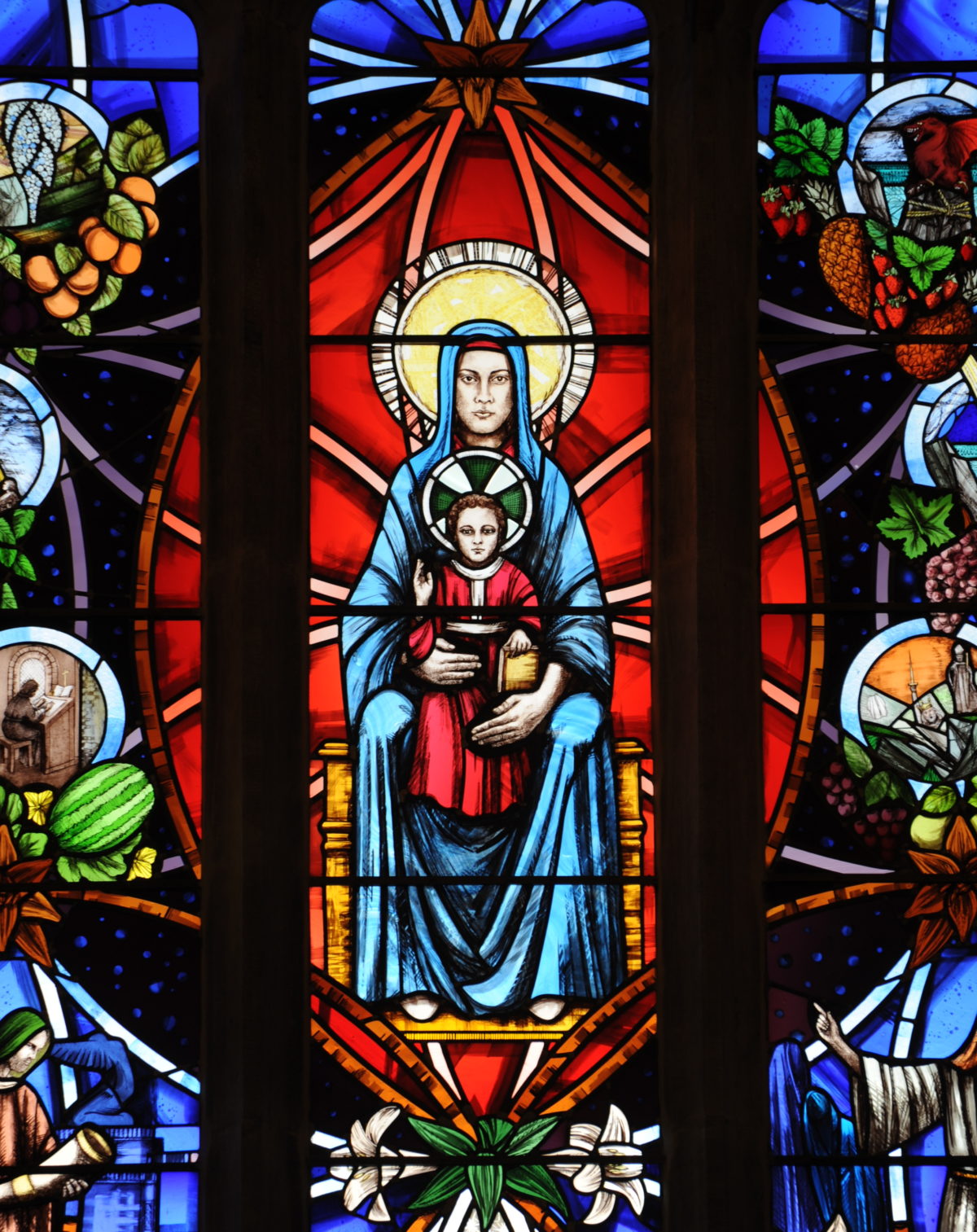 This new Jesse window by Helen Whittaker at St Mary’s Priory in Abergavenny was unveiled by HRH The Prince of Wales in late July 2016.  The window is dedicated in memory of the late Dean Jeremy Winston, a former Trustee of the Friends.  Through the Cottam Will Trust, a grant-making fund we administer, we were able to support this striking and complex memorial to Fr Jeremy, who Trustees remember as a larger-than-life figure, standing 6’7” tall and full of energy.

The figures of the Virgin Mary and Jesus sit centrally, surrounded by great Biblical figures, the seven Celtic saints, and geometrical designs based on the Jesse tree or vine.  Depictions of medicinal herbs are planted along the base of the window, and a sparrow flies upwards in remembrance of Fr. Jeremy, who asked that Lord Hailsham’s poem A Sparrow’s Prayer be read at his funeral.

The Cottam Will Trust granted the sum of £42,000 towards the stained glass window by artist Helen Whittaker, the largest amount ever awarded to a single project in the Cottam’s history.

Read more about the Cottam Will Trust here.