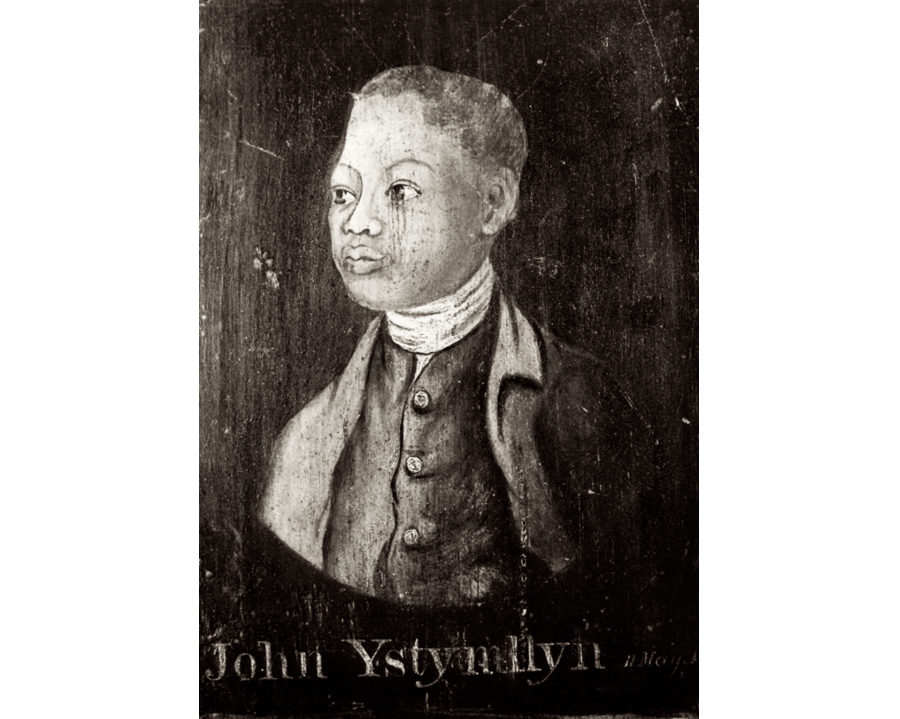 October is Black History Month, a nationwide celebration of Black History throughout Britain, and this month we remember ‘John Ystumllyn’ (also known as ‘Jac Du / Jack Black’), who is buried in the churchyard at Ynyscynhaearn. ‘John’ was captured as a slave in Africa circa 1742 by a member of the Wynne family of Ystumllyn (the estate which surrounded the church) where he was kept as a servant, taught horticulture and employed as the farm’s gardener. He became fluent in Welsh and English and in 1768 married Margaret Margaret Gruffydd, of Hendre Mur, Trawsfynydd, with whom he had seven children (two dying in infancy).

The couple returned to the Ystumllyn estate when he became ill and were given a cottage ‘Y Nhyra Isaf’, with a garden, a field and a cow. He died in 1786 “probably in his mid to late forties, after confessing on his deathbed that he had sinned by playing the fiddle on the Sabbath” (See ‘I Refute It Thus’ blog for a full account of his life).