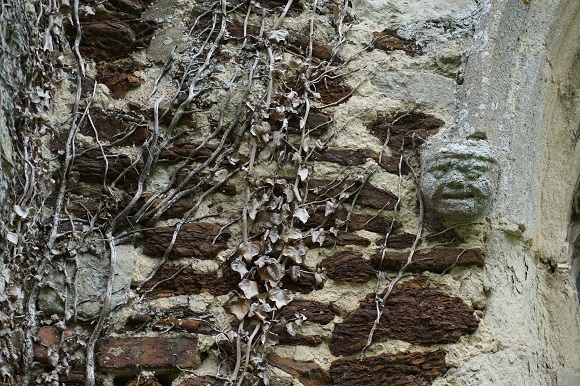 Fordham ended up with us by an unusual route. Normally our Anglican churches come to us through the Church Commissioners, after a declaration of redundancy - but Fordham had already been redundant for decades. 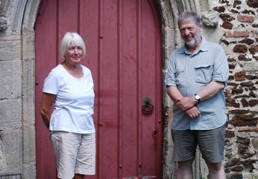 In fact it was vested in the Friends in 2011, after the heroic band that took it on from the Commissioners when it was closed (Rob Walker, Christine Clare and Lynne Broughton) felt that they had to find a long-term home for this small but very atmospheric church – and they lighted upon us. As Rob Walker writes:

We are very grateful to The Friends for taking on this beautiful, lonely church. We became involved when no guardian organisation had sought to acquire it and it seemed as though a secular, probably residential, use would be inevitable. The transfer to The Friends assures the future of a quiet and blessed place.Rob Walker

Set near the village of Denver, on the Cambridgeshire borders with Norfolk, in a landscape of sluices and fens, St Mary used to be a wayside church, hugging the edge of the Great Cambridge Road, latterly the A10. When the A10 was diverted on a different alignment, St Mary’s suddenly became a secret, overlooked only by two houses rather than constant traffic. It is somehow poignantly appropriate that the sign off the main road says simply “Byroad”.

The church is basically 14th century and constructed mostly in the very distinctive ferruginous carrstone, with undressed surface and in a deep brown which contrasts with the 18th century dressed ashlar and brick on the buttresses. Already in the post medieval period, the church had proved too large and in 1730 the south aisle was taken down and the arcading infilled with salvaged stonework and the resited traceried windows. The distinctive buttresses were added to take the weight of the roof which is itself mostly an eighteenth century rebuild.

Inside, there is an unexpected loftiness. Most of the fittings were lost after redundancy but two most interesting features remain: one floriated coffin-shaped monumental stone which seems to have marked the grave of a medieval clergyman and the much-battered medieval pew with carved ends showing a lion. Both of these items may have been imported.

The candelabra were designed by Randall Feilden, the brother of the leading conservation architect, Sir Bernard Feilden. The modest initials in one of the south wall windows commemorate the father and mother in law of Christine Clare.

There are a good run of 18th century headstones in the churchyard.

Set near the village of Denver, on the Cambridgeshire borders with Norfolk. The sign off the main road says simply “Byroad”.