Fight for your rights

Long Crichel might seem like a sleepy village in the Cranborne Chase... but this place has played an important part in 20th century history.
Here, church volunteer, Beth Hamilton, explores the links between the village, the church, the decriminalisation of gay sex and the scandal of unrestored requisitioned land.

For centuries the village of Long Crichel and the land that surrounds it has been part of the Crichel Estate. The owners of the Estate, the Sturt family, were based at Crichel House in the neighbouring village of Moor Crichel. In recent years the Estate was divided up and parts of it - and the house - were sold.

St Mary’s, the village church, played a dwindling part of community life until it was eventually closed in 2001. The church and churchyard were subsumed into the adjacent parish of Witchampton. Efforts to revive local interest in the church as an amenity for the village resulted in concerts and events being held in the church. Eventually, the Grade II church was transferred to Friends of Friendless Churches. The Friends subsequently undertook a much needed programme of repair on the medieval tower and beautiful east window. Christian services are still permitted in the building and interments are made in the churchyard, which remains the responsibility of Witchampton parochial church council. 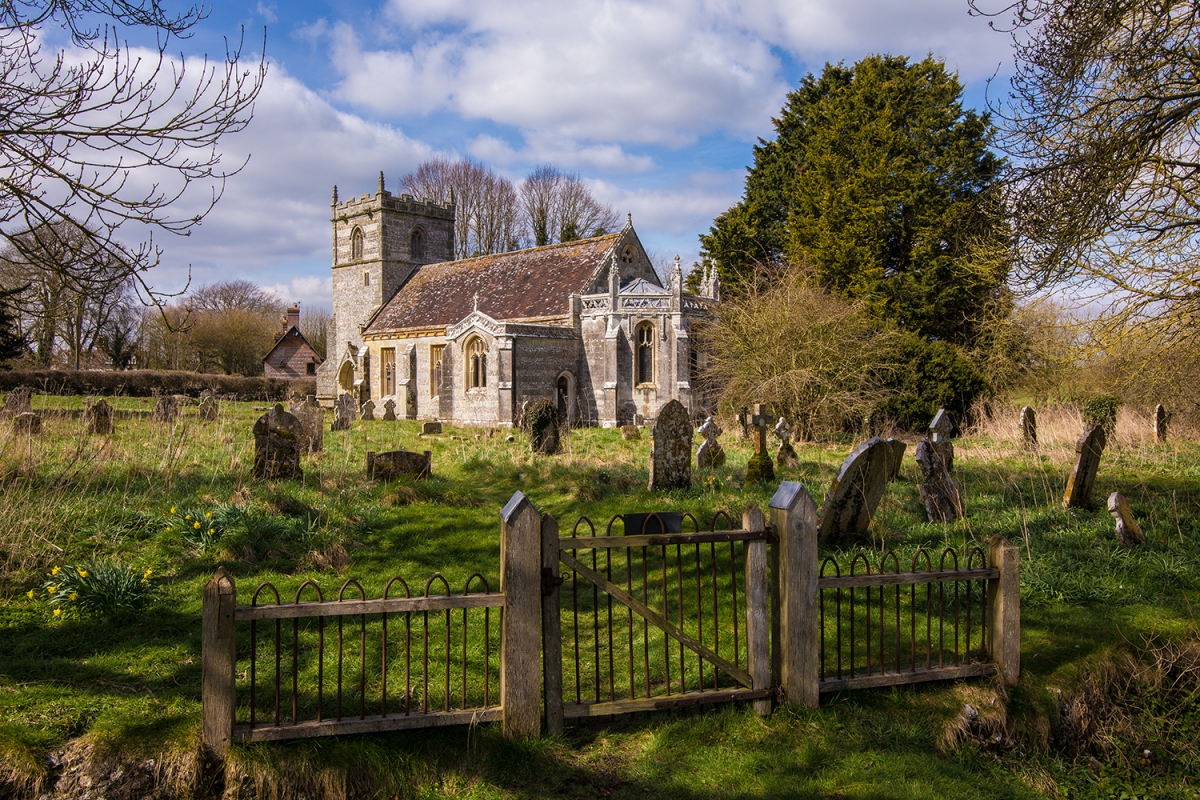 Long Crichel House, located directly to the east of this church, was the original church rectory. It remained in church ownership until 1945 when it was sold to three men: the music critic and novelist, Eddy Sackville-West; his partner, another music critic, Desmond Shawe-Taylor and Edward Eardley Knollys, an English artist of the Bloomsbury School of Artists. They were soon to be joined by a fourth, Raymond Mortimer, a literary critic.

The new owners of Long Crichel House had a large circle of creative and influential friends who would meet here at weekends and it became a retreat for like-minded people, including writers, composers, poets, artists and actors.

Eddy eventually became the 5th Baron Sackville; he was a cousin of Vita Sackville-West, of Knole and Sissinghurst fame. She was a key member of the Bloomsbury Group; one of the most influential groups of English intellectuals and artists of the early twentieth century.

Patrick Trevor-Roper, the prominent eye surgeon, was another who came to share Long Crichel House as his home. He was a pioneer of gay rights and gave evidence to the Wolfenden Report, which resulted in 1967 in the decriminalisation of gay sex for those over 21. He was also instrumental in the creation of The Terrence Higgins Trust, the UK’s leading AIDS organisation.

Today Long Crichel House is home to The Long Crichel Bakery, which produces the famous and delicious range of “Hedgehog Bread” in its wood-fired oven. It’s also where visitors collect the church key.

The Crichel Down Affair was a political scandal of 1954; now enshrined in English law as “The Crichel Down Rules” which govern compulsory land purchase. During WWII, Crichel Down, a 725 acre area of rough, unproductive land to the west of the village was requisitioned from the Crichel Estate by the government for use as a practice bombing range. (Tarrant Rushton airfield and RAF Hurn were located nearby.) Churchill subsequently gave an undertaking that the land would be sold back to its original owners when it was no longer needed for the purpose for which it was acquired. However, at the end of the War this promise was not honoured and the land was handed on to the Ministry of Agriculture for the development of new farming methods.

In 1949, the owner of the Estate, Mary Anna Sturt married Commander Marten. He initiated a campaign to reclaim the land; this led to a public inquiry and the eventual resale of the land to the Estate. As a result of the affair, Sir Thomas Dugdale, the Minister of Agriculture and Fisheries resigned, taking personal responsibility for the high-handed and deceitful methods that had been used by the government. The underlying case was relatively trivial but the ramifications for subsequent government procedure were enormous.