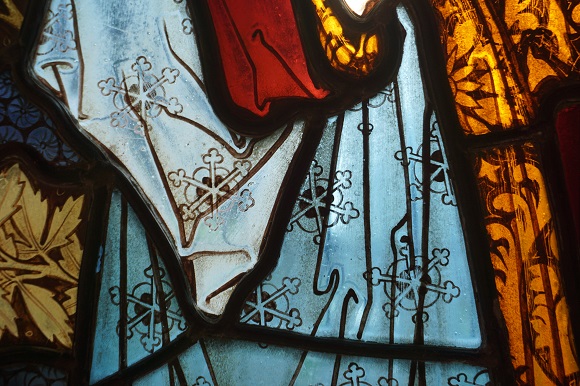 St John the Baptist was passed to The Friends in 2011. We look to a longstanding and fruitful partnership with the people of Allington, building on the memorable service in the church in April to mark the handover

The earliest parts of the building are Romanesque - as with the chancel arch and, outside,on the north wall where you will find the fragment of a decorated Norman door. The church was largely rebuilt between 1847 and 1851 by one of those 19th century "priest-architects" that we are gradually learning more about. His name was Father William Grey (1820-72) and he appears to have been responsible for at least ten new churches in England and Canada. As he said " It is no disgrace to follow men such as William of Wykeham". He tried to keep as much of the original character as he could, the only major change being to the top storeys of the tower. He had the medieval font recut and kept the 16th century parish chest.

One of the principal sights of the interior is the internal decoration to the chancel. This is of 1876 and created in memory of Fulwar William Fowle, rector of the parish for a remarkable 60 years (Grey was his curate). The stencil and freehand decoration on the plaster, including the orange trees, and the east window are all by the distinguished form of Heaton Butler and Bayne.

Please note there are 3 Allingtons in Wiltshire - ours is the one 7 miles north of Salisbury. St John the Baptist is easily found on the A338 in the heart of Allington village.