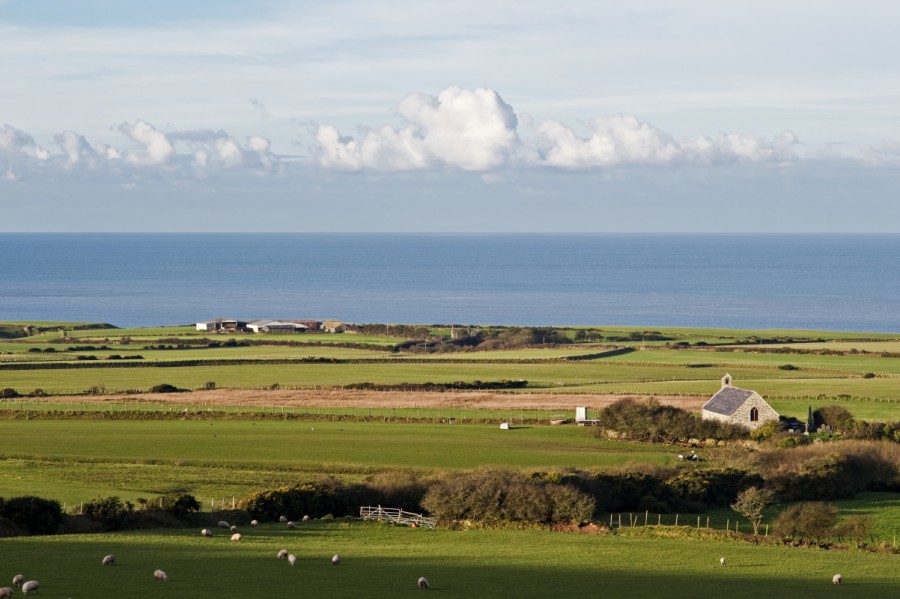 Set on the Llyn Peninsula, St Mary’s was vested with us in 2009 and has just emerged from a programme of repairs. It is medieval in origin but the font is the only survivor of this age – a roughly hewn monolith in brown stone, painted white on its inner face, almost sunk into the shaft beneath. In fact Penllech was a rebuilding in 1840, by Samuel Jones, albeit one of nigh dateless simplicity. A grant for repewing was made that year by the Incorporated Society for Promoting the Enlargement, Building and Repairing of Churches and Chapels.

St Mary’s feels like a simple rustic late Georgian interior complete with some box pewing and two coffin biers propped up at the west end. And that character has been reinforced by our reintroduction in 2009 of wooden tracery to the original form, designed for us by Graham Holland. The most surprising content is the octagonal sounding board (or “tester”) to the pulpit which has an eight ray sunburst on its lower face.

“But generally the aura is one of generations of Welsh farming stock offering a special but unpretentious gift to their God. And it’s all still there. The run of hatpegs on both sides of the nave, the two coffin biers stored upright against the wall at the back, the blacksmith’s handiwork in the door furniture, the open benches in the nave and the six boxpews jostling together at the High End, nearest the pulpit and the altar, all the seating painted in its original light grey. “ Matthew Saunders, ‘Saving Churches’ p87.