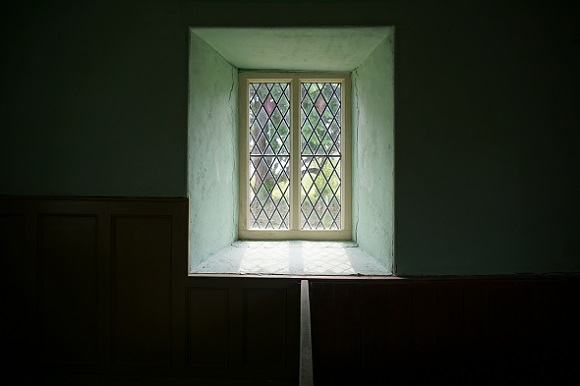 Externally this church looks almost like a barn but once inside you will find a complete late Georgian interior, made even more so by our recent reintroduction of new timber windows modelled on what used to exist, designed by Tim Ratcliffe. The church is 18th century in origin but was much rebuilt in 1841. It has 3 fonts, the earliest of them 14th century. The external photographs show the roof before we recovered it.

The building is still around because of one man, Rev Edgar Jones, who kept it ticking over for some two decades until vesting with us became possible. It was tragic that he died just as the repairs were finished in1 2009.

A further round of internal repairs took place late in 2011.