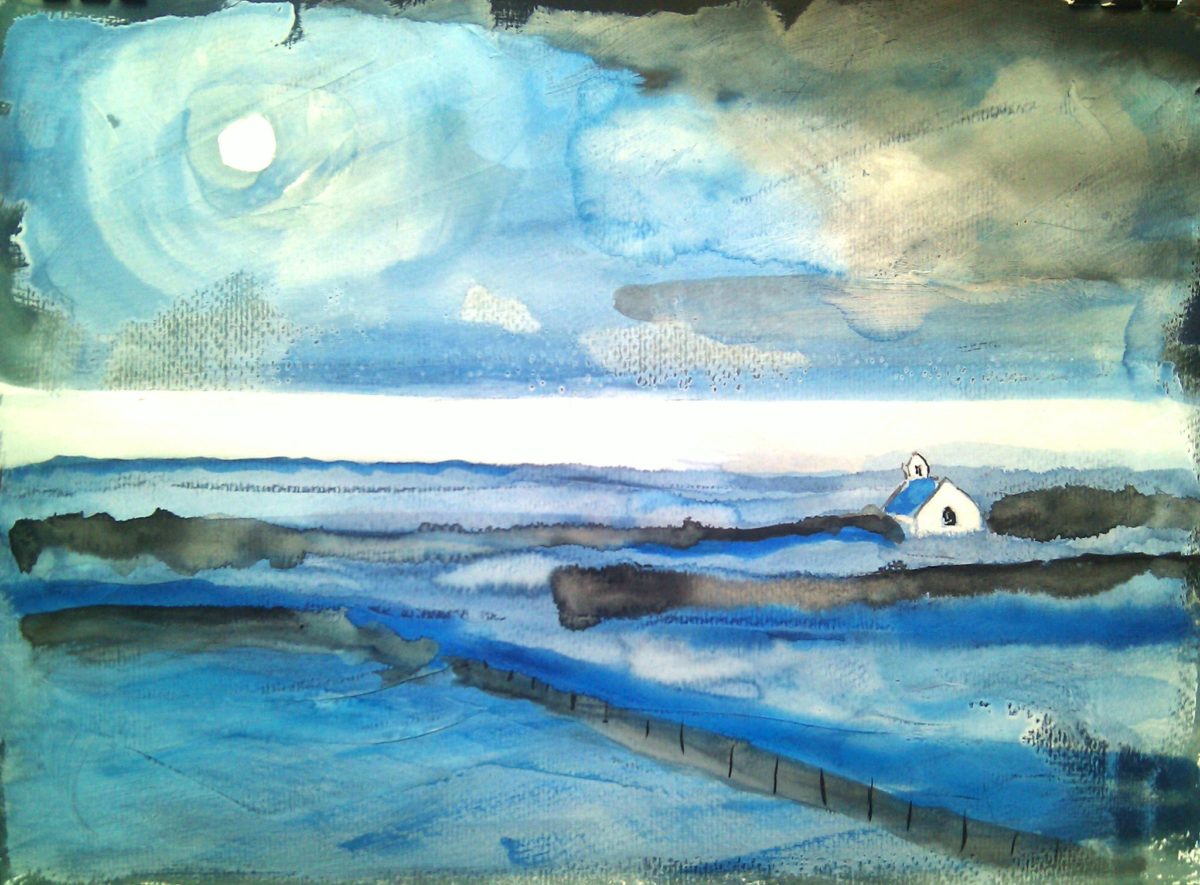 They left the church to its odour of snuffed flame,
shut the door on the sea-breeze. The bell-clapper
grew a crust of verdigris; windows and whitewash
were flecked with mould, the nave a space for spiders,
mice, an imprisoned butterfly. For a long while,
the spirits had only themselves, and the calls of birds
in hedgerows, dimly heard. Time stagnated; graves
grew tangled, and in the summer, there were no hymns
but flinty chitters of swallows, no offerings save nests
of house-martins clustered under gutters, no eucharist
but the sun that touched the sea. Each day, nature
prevailed a little over human making. Up here I sit,
and the whole Llŷn peninsula might be sleeping, wrapped
in its patchwork stitched with hedges, the tilting church
turned chalk-bright in moonlight, jackdaws going silent,
the pale tide dwindling. Clouds are whispering, white
owls awakening. Inside the window, a light is kindled.

Poem by Giles Watson, painting by Martin Williamson.   Giles and Martin are in the finishing stages of a book of paintings and poems/prose inspired by visits to locations around the UK, which will be available from Amazon when published.  Thank you to both for allowing us to reproduce their work.