If you’ve been watching the Halifax based BBC series ‘Gentleman Jack’ you might have linked Lightcliffe, the village where Ann Walker & the Priestley family lived, with the iconic tower of Old St Matthew’s church that the Friends are responsible for.   In this blog, Ian Philp, Chairman of the Friends of St Matthew Lightcliffe, explores the iconic story.

Ann Walker’s grandfather, William, had largely funded the Georgian church which replaced a Tudor foundation. At the same time he remodelled Crow Nest mansion (later lived in by Sir Titus Salt) and built Cliffe Hill which is where Ann lived, just a short walk away. He, his son and Ann gave generously to the poor and he and some of the fellow benefactors are named on the board which is now stored in the tower. 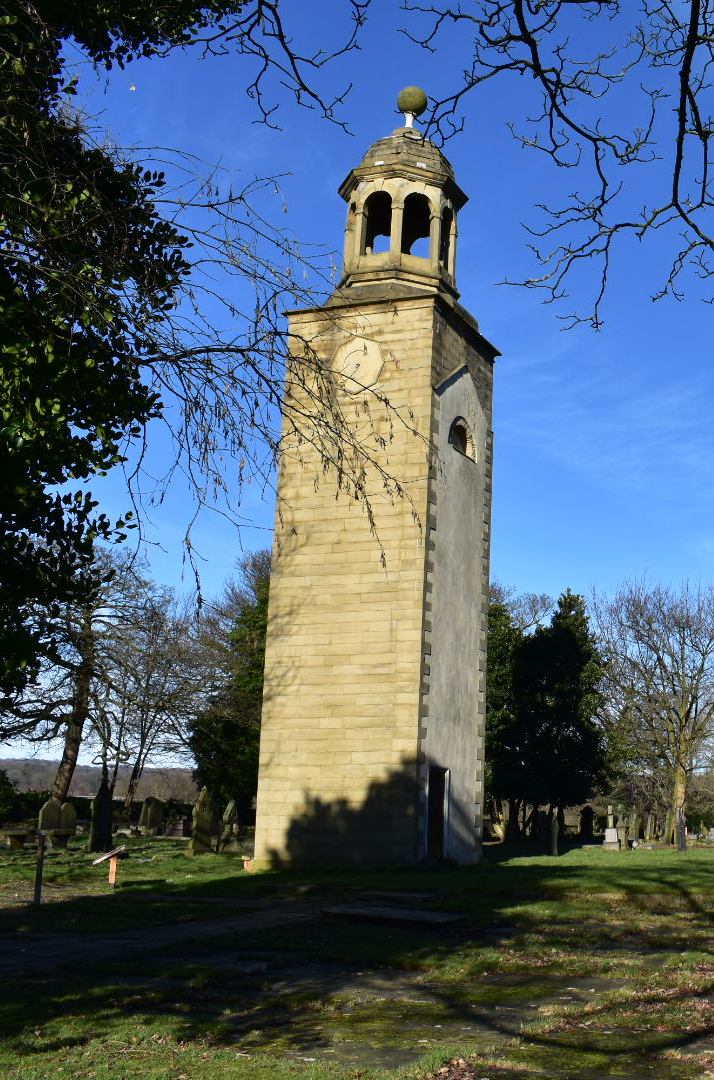 The church was replaced in 1880 and demolished in the early 1970s. The Friends rescued the memorials that were on the walls of the church and these are stored in the tower. Three memorials are key to the Walker family; Ann’s parents, John & Mary, their son John who died on his honeymoon in Naples (his wife, Fanny Penfold, had a brother who emigrated to Australia and founded a wine growing estate) and to Ann.

Ann and her family would have worshipped at St Matthew’s Church and, of course, had family pews. When she became a companion of Anne Lister of Shibden Hall, the latter bought a pew and had it refurbished in green velvet so that they could worship together (and, probably, to be away from the potentially more hostile environment at Halifax Parish Church).

Ann accompanied Anne around Europe for several years but, in 1840, Anne died whilst they were in Georgia. Ann arranged for the body to be embalmed in Moscow and returned for burial in Halifax. Anne Lister bequeathed Shibden Hall to Ann for her lifetime provided she remained single. Ann suffered from depression, was treated in York and then returned to Cliffe Hill in Lightcliffe. She died in 1854 and was buried under a pulpit with a plaque on the wall alongside.

This brass memorial (pictured left) was rescued from the church before it was demolished and is stored high up inside the tower. It needs restoration, the writing is difficult to decipher though we have a transcription. It is dedicated to Ann and some young children of her sister Elizabeth.

Her large estate was given to her nephew Evan Charles Sutherland Walker (a stipulation of the will made him add Walker to his name, though he dropped that as soon as he could). He sold the estate in Lightcliffe in the early 1860s and moved to Skibo Castle in Scotland. Eventually this was sold to Andrew Carnegie the philanthropist.   (Pictured right: Ann’s home at Cliffe Hall, Lightcliffe).

As there is no external memorial to Ann, The Friends of St Matthew’s Churchyard have installed a simple plaque dedicated to her and there is now a campaign to erect a memorial in her name. 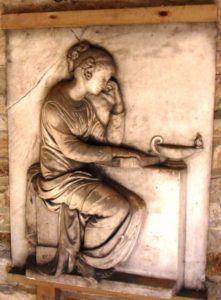 For up to date info on the work of the local friends group and all their research, visit the website of the Friends of  St Matthew's Churchyard or follow them on Twitter or Facebook.